Twenty years after the Concorde, will the supersonic aircraft make a comeback? 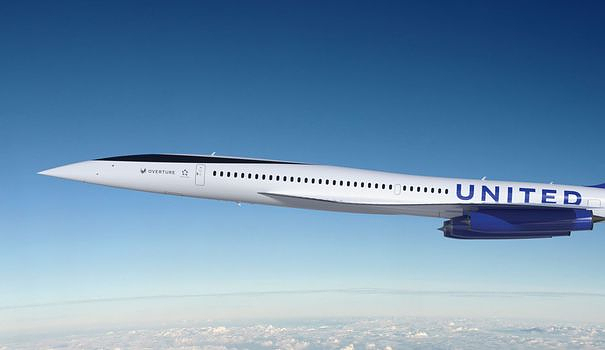 We had lost sight of it since 2003. With its delta-shaped wings, lowered beak and long streamlined line, the Concorde, a supersonic aircraft capable of flying at more than 2500 km/h between Paris and New York, has become a museum piece. "The Concorde flew for 27 years, its end was scheduled for 2005 and it is true that it was stopped in 2003, shortly after the tragic accident in Gonesse [Editor's note: the crash of July 25, 2000 at takeoff caused 113 dead]. But the program was almost finished anyway. Even the Franco-British builder had taken care to put the parts and the plans in the dumpster", says Xavier Derégel, author of a dedicated book (Concorde Passion, ed. LBM, 2009) to the iconic plane of the end of the 20th century.

Only now that an American start-up is in the process of boiling over the entire aeronautical sector. At its head, Blake Scholl, a 40-year-old aviation fan who grew up in the suburbs of Cincinnati who began his career as a software engineer at Amazon in 2001. After climbing the ladder in Silicon Valley (Kima, Groupon) and "without no formal training in aviation", as confided to L'Express a close collaborator, he created Boom Supersonic in 2014 in Denver, Colorado. With an idea: to revive supersonic flights. "Our aircraft, the Overture, will be able to carry between 65 and 80 passengers and will fly at Mach 1.7, twice the speed of the fastest private jets. We are aiming for more than 600 routes around the world. The first exemplary will leave our superfactory in Greensboro (North Carolina) in 2025 and will transport its first passengers in 2029”, specifies a spokesperson for the company.

While many specialists in the sector are skeptical, the company, very discreet about its financing and its shareholding, is starting to put the small dishes in the big ones. This summer, at the Farnborough International Air Show (the British equivalent of the French Bourget), Boom announced that it had taken on board first-tier suppliers such as Collins Aerospace, Safran Landing Systems or Eaton. As many technological guarantees to which customers are now grafted since after United Airlines which placed an order for 15 copies last winter, Japan Airlines has invested 10 million dollars in the company with an option to buy 20 planes.

And it is now American Airlines which has just ordered 20 units (plus 40 as an option), even paying “non-refundable” deposits according to the joint press release published by the two companies. "From a commercial point of view, this aircraft may interest business travelers and wealthy leisure customers on long-haul flights. But the economic equation can be complicated and will depend in particular on operating costs. If we take the example of Concorde, the latter were very high", recalls Philippe Berland, aviation consultant at SIA Partners.

The new supersonic will carry up to 80 people

With a range of prices that should fluctuate around 5000 dollars for a transatlantic flight, the companies that will operate Overture would still be very far from the 12,000 dollars per ticket of the old Franco-British supersonic. “Despite all it achieved, the Concorde had exorbitant fuel consumption and was expensive to maintain. This led to prohibitive fares. We designed Overture to be cost-effective for airlines at similar fares to those of business class", says one at Boom, where the unit price of the plane is estimated at 200 million dollars.

Beyond financial questions, the idea of ​​launching a supersonic plane at a time when air transport is regularly singled out for its role in global warming, raises almost philosophical questions. But Boom has the parade. "We rely on innovation in sustainable air travel and advancements in alternative fuels to make our flights the most sustainable," the company adds. It intends to use biofuels (SAF, Sustainable Aviation Fuel) to power its engines. The company also promises more limited noise pollution than on the Concorde which tore the ears of local residents at each take-off push with its 100 tonnes of kerosene on board.

However, 20 years after his end of service, it is still enough to pronounce the name Concorde to see the eyes of his contemporaries light up. "I flew it between 1984 and 1989, remembers Pierre Grange, now 76 years old. We had great confidence in this aircraft, but looking back, I tell myself that taking off at 11am from Paris for Landing the same morning at 8:30 in New York didn't make a lot of sense anyway. Besides, while Air France had 7 copies, I never saw more than 4 on the runways. was really a niche transport". Not to say downright elitist.

1969: presentation of the Concorde

Among his biggest fans, we think in particular of the perfumer Jean-Paul Guerlain, the last heir of the famous house, who alone claimed more than 200 flights aboard the supersonic bird. "He was the record holder, no doubt. He said that thanks to the Concorde, he could have a meeting in Paris and another in New York before returning home in the evening. Moreover, he often had the privilege of flying in the cockpit", says Xavier Derégel.

Like the perfumer, businessmen were already a target of choice for Air France and British Airways, the only two companies operating the Concorde. "But we had trouble filling this plane. A bit like the A380, it was popular with the public, but commercially it was a very complicated plane to make profitable", recalls Pierre Grange, today at the handle of the Association of Concorde and Supersonic Professionals. Besides, does the former pilot still believe in supersonic flight? "For me, Boom is a mystery. From a technical point of view, the Air and Space Academy says that it does not hold water. But that does not prevent the project from growing", summarizes Pierre Grange.

For those who knew him, the beautiful white bird remains the symbol of the ingenuity of a generation of exceptional engineers. "No one has managed to do as well as the Concorde, neither the Russians nor the Americans. It was both the glory of France but also an incredible economic fiasco", recalls Xavier Deregèle. Convinced of their project but discreet about the ongoing discussions, the Boom teams say that "a lot of long-haul carriers are very excited about the supersonic". Even if, ironically, the most cautious at the moment are precisely called Air France and British Airways, the two parents of Concorde.