Tschentscher wants to spread confidence as President of the Federal Council

Four weeks after his election as President of the Bundesrat, Hamburg's Mayor Peter Tschentscher gave his official inaugural speech in the Chamber of States in Berlin on Friday. 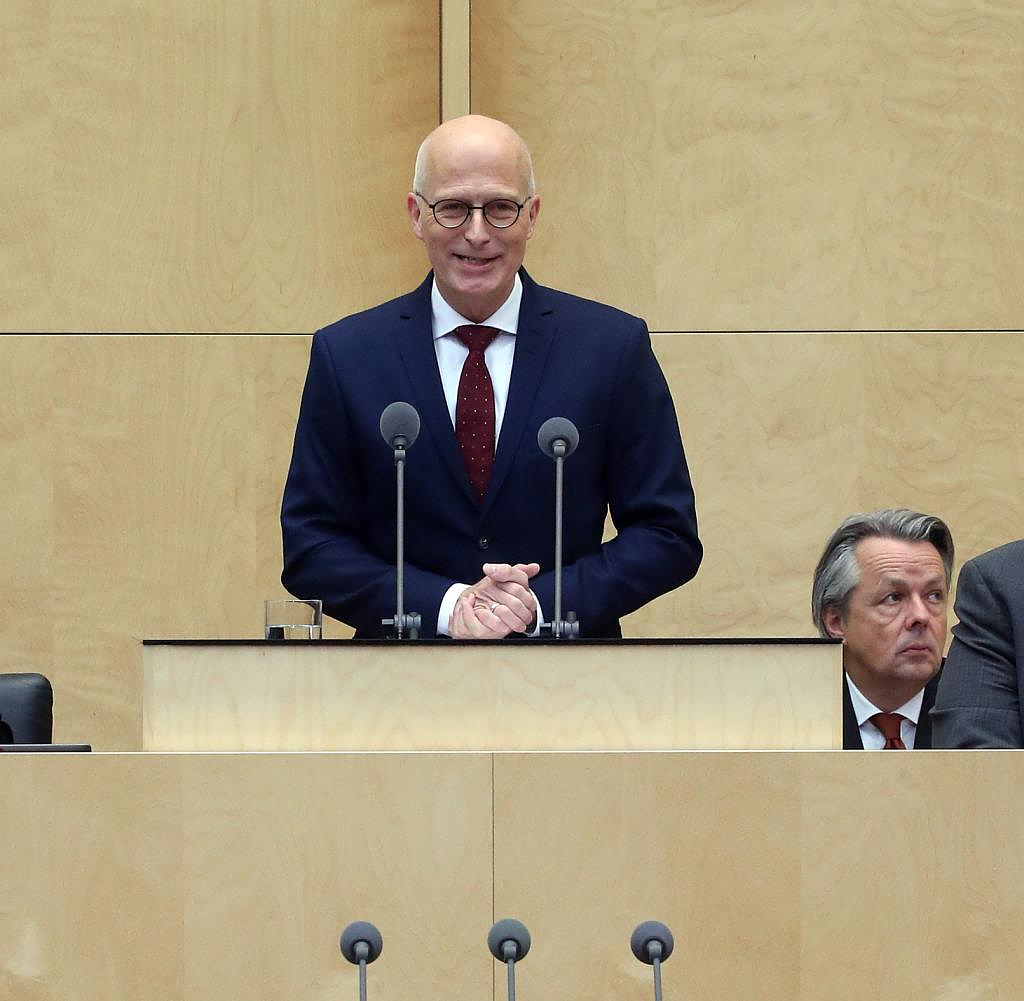 Four weeks after his election as President of the Bundesrat, Hamburg's Mayor Peter Tschentscher gave his official inaugural speech in the Chamber of States in Berlin on Friday. It was already the second meeting he chaired, because the Federal Council had to meet for a special meeting on November 14 on the gas price brake and citizen income. Nevertheless, the first regular meeting should begin with the address of the new President of the Federal Council. Tschentscher took over the office as scheduled on November 1 from Bodo Ramelow, the Prime Minister of Thuringia.

In his twelve-minute speech, Tschentscher made it clear which path he would like to take as the new President of the Federal Council together with his state colleagues. Especially in crises, it is important to “break new ground, recognize and seize new opportunities,” said the 56-year-old. Germany has everything to determine its own future: "Strength and ideas from the diversity of our country, the potential of technical and social progress and good partners in the world."

He wants to encourage people "that we in Germany, as the fourth largest economy in the world, can manage and even lead the major transformation processes with our economic strength and scientific and technological excellence," he said.

Societal support for the efforts required for this "results not from problems, but from opportunities". Changes need strength and motivation, "and that also has something to do with psychology and a positive mindset," said Tschentscher. This is one of the reasons why his presidency has the motto "Opening horizons".

After the speech, when asked about the similarity to the slogan "We can do it" by former Chancellor Angela Merkel (CDU), Tschentscher had to smile. He emphasized that he did not want to be a copy of Merkel. But if those in government don't set a positive agenda, who will? "We have nothing to lose," said the mayor of Hamburg.

Bad mood arises in times of crisis by itself. It is necessary to counter this with courage and confidence. He remembers his youth, when he believed that he would not grow old because the nuclear threat seemed to threaten everything - and quoted a sentence by Helmut Schmidt: "We are not objects of history. We are able to act – and we are willing to act.” The Federal Council should act in this sense.

In overcoming the challenges, cooperation between the federal and state governments is of particular importance. "The Russian president's aggression is shaking the European security order and demanding quick decisions on accepting refugees, securing energy supplies and averting damage from skyrocketing energy prices," he said.

In the Federal Council, far-reaching resolutions would have to be passed in coordination with the federal government. "Occasionally there is a crunch in the gears of federalism - not because the system is weak, but because the burdens are heavy," he said. As an example, he cited the citizens' allowance, which was decided on Friday by both chambers of parliament after an agreement was reached in the mediation committee.

The deliberations of the Federal Council are characterized by the will to reach a consensus and to find compromises. That also applies to the relationship with the federal government, said Tschentscher to Chancellor Wolfgang Schmidt (SPD), who was present at the inauguration.

Schmidt – who spoke for the first time as head of the chancellery in the state chamber – congratulated Tschentscher on his assumption of office and also made benevolent reference to the motto of his presidency. Schmidt, himself from Hamburg and a member of the Hanseatic city's government for many years as a member of the State Council, emphasized that for him, too, his hometown stands for values ​​such as openness and a confident view of the future. As a native of Bremen, who grew up in Lower Saxony and is the mayor of Hamburg, Tschentscher is also a President of the Federal Council who is already closely connected to three federal states. That can only be an advantage. Because the challenges facing Germany are great.

The necessary “gigantic efforts” would be made equally in the municipalities, in the federal states and in the federal government. "This is how we prepare our country together for the future and the changing world," said Schmidt. “With our actions we are showing that the Russian President was wrong here too. The collective West – as it calls us – is not weak. On the contrary: we stand together in crises, we are able to act quickly and decisively. Our democracy lives, our federalism works.”

Tschentscher is the sixth mayor of Hamburg to preside over the Bundesrat. The first was Kurt Sieveking in the mid-1950s, the last President of the Hamburg Bundesrat before Tschentscher was Ole von Beust from 2007 to 2008.

At the end of the presidency next year, Hamburg will host the central celebration of the Day of German Unity around October 3rd.

‹ ›
Keywords:
WittegenanntVedderJuliaTschentscherPeterBundesratspräsidentenBundesratBundesratspräsidiumBerlinHamburgRamelowBodoTexttospeechPeter TschentscherBodo RamelowThüringenAngela MerkelBundeswehr TschentscherSPDBündnis 90Die GrünenOle Von BeustBundesratspräsidentFlüchtlingeBürgergeldMusik
Your comment has been forwarded to the administrator for approval.×
Warning! Will constitute a criminal offense, illegal, threatening, offensive, insulting and swearing, derogatory, defamatory, vulgar, pornographic, indecent, personality rights, damaging or similar nature in the nature of all kinds of financial content, legal, criminal and administrative responsibility for the content of the sender member / members are belong.
Related News