The red-green Hamburg Senate is apparently facing a reshuffle. 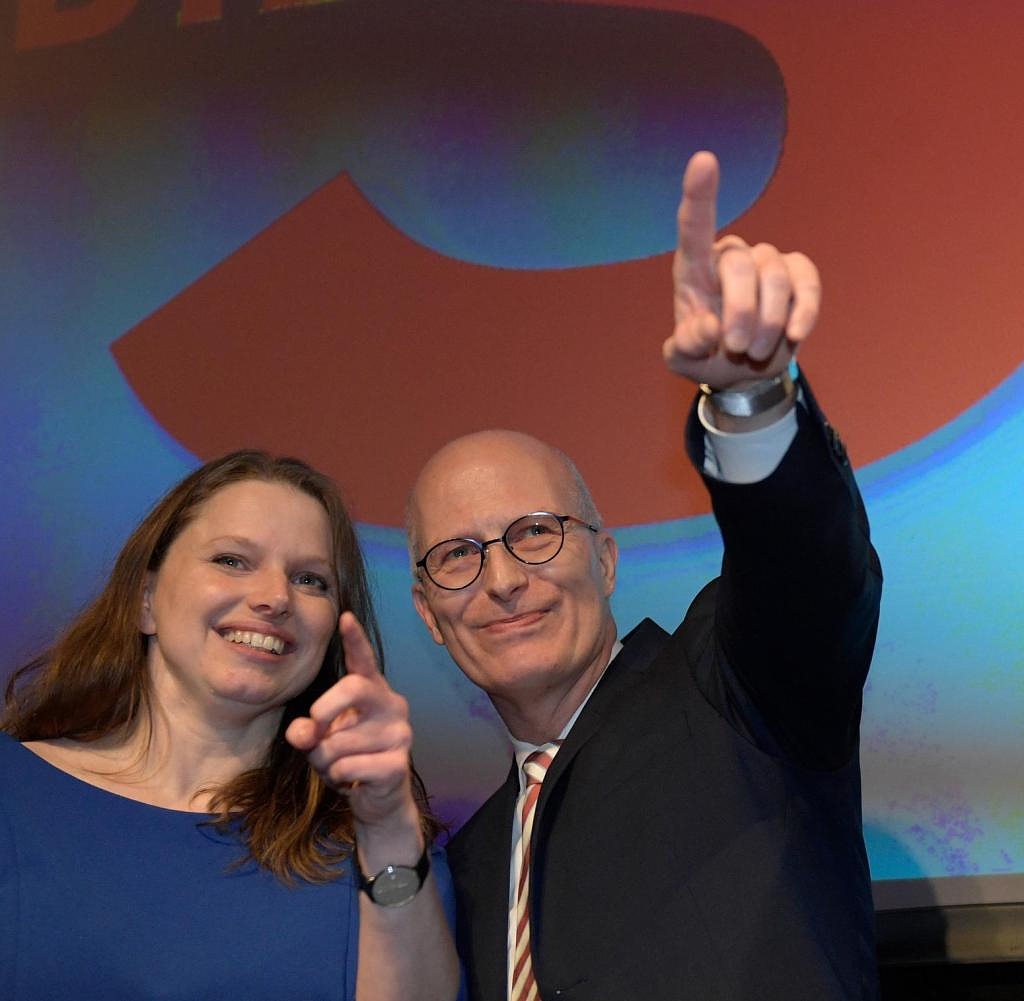 The red-green Hamburg Senate is apparently facing a reshuffle. As reported by NDR 90.3 and "Bild" on Sunday evening, Economics Senator Michael Westhagemann (independent) wants to give up his office. Urban Development Senator Dorothee Stapelfeldt (SPD) also wants to leave the government. The new Economics Senator should then be the previous Social Senator and Hamburg SPD Chairwoman Melanie Leonhard, it said.

Senate spokesman Marcel Schweitzer declined to confirm the report. However, it was confirmed from Senate circles that Mayor Peter Tschentscher (SPD) wanted to submit personnel proposals for the Senate to the party and the SPD parliamentary group in the Hamburg Parliament on Monday evening. A statement for the public was also promised. However, no further details were given.

Stapelfeld has been a member of the Senate since 2011. Until 2015 she was Deputy Mayor and Senator for Science. After the 2015 state elections, she moved to the authority for urban development and housing, which she continued to manage after the 2020 election. However, it was already speculated at the time that the now 66-year-old wanted to retire. When it came to the approval of the "Elbtower" in Hafencity, many political observers did not look happy, and housing construction is also going more slowly - which is partly due to the influences that cannot be controlled by the authorities.

At the end of 2018, Westhagemann succeeded Frank Horch, also a non-partisan Senator for Economic Affairs.

Westhagemann, a former Siemens manager and former Vice President of the Hamburg Chamber of Commerce, has campaigned in particular for the expansion of Hamburg into a hydrogen metropolis. According to NDR 90.3, he had informed Tschentscher weeks ago that he wanted to leave office early. Tschentscher should not be very sad about this, Westhagemann had recently distanced himself from parts of Senate politics through interview statements in WELT AM SONNTAG. Conveniently, at least for him, Westhagemann is said to have had full entitlement to the senator's pension since November 1, at least that's what "Bild" writes.

With Melanie Leonhard, who is also SPD co-chair of the state, a party-bound senator would lead the economic authority for the first time since 2010. Most recently, this was the case with the CDU politician Axel Gedaschko under the then mayor Ole von Beust (CDU). At the same time, Tschentscher would underline the importance of the economic department in times of crisis. And the silt problem in the Elbe is also high on the agenda before Christmas. Leonhard came into the Senate in 2015 and has since gained a good reputation as a crisis manager (refugee accommodation 2015/2016 and current, corona pandemic), she can be seen as the secret star of the Senate team.

According to the reports, IBA Managing Director Karen Pein could succeed Stapelfeldt in the urban development authority. Pein knows the construction scene very well. The previous State Councilor Melanie Schlotzhauer, who is well networked with the topics of the department, was traded as a possible successor to Leonhard in the social authority. However, it is quite possible that the labor policy department will switch to the economics department with Leonhard.

With such a Senate reshuffle, Tschentscher would also come a little closer to the goal of parity in the Senate. So far there are four women senators against seven senators. When the Senate was formed, the mayor announced that he would bring another woman into the ranks in the event of a reshuffle. In addition, the timing is good, a good two years before the next general election, as the new incumbents can still distinguish themselves sufficiently - if things are going well for them. He has no influence on the Senate posts occupied by the Greens.

‹ ›
Keywords:
Bündnis 90Die GrünenHamburgSPDMusikPeterElbeLauterbachJörnPeter TschentscherTschentscherMichael WesthagemannBürgerschaftswahl HamburgLeonhardMelanieMelanie LeonhardDorothee StapelfeldtUmbildung
Your comment has been forwarded to the administrator for approval.×
Warning! Will constitute a criminal offense, illegal, threatening, offensive, insulting and swearing, derogatory, defamatory, vulgar, pornographic, indecent, personality rights, damaging or similar nature in the nature of all kinds of financial content, legal, criminal and administrative responsibility for the content of the sender member / members are belong.
Related News