Tschentscher calls for hope and confidence

In his Christmas message, Mayor Peter Tschentscher appealed to the hope and confidence of the people of Hamburg in difficult times. 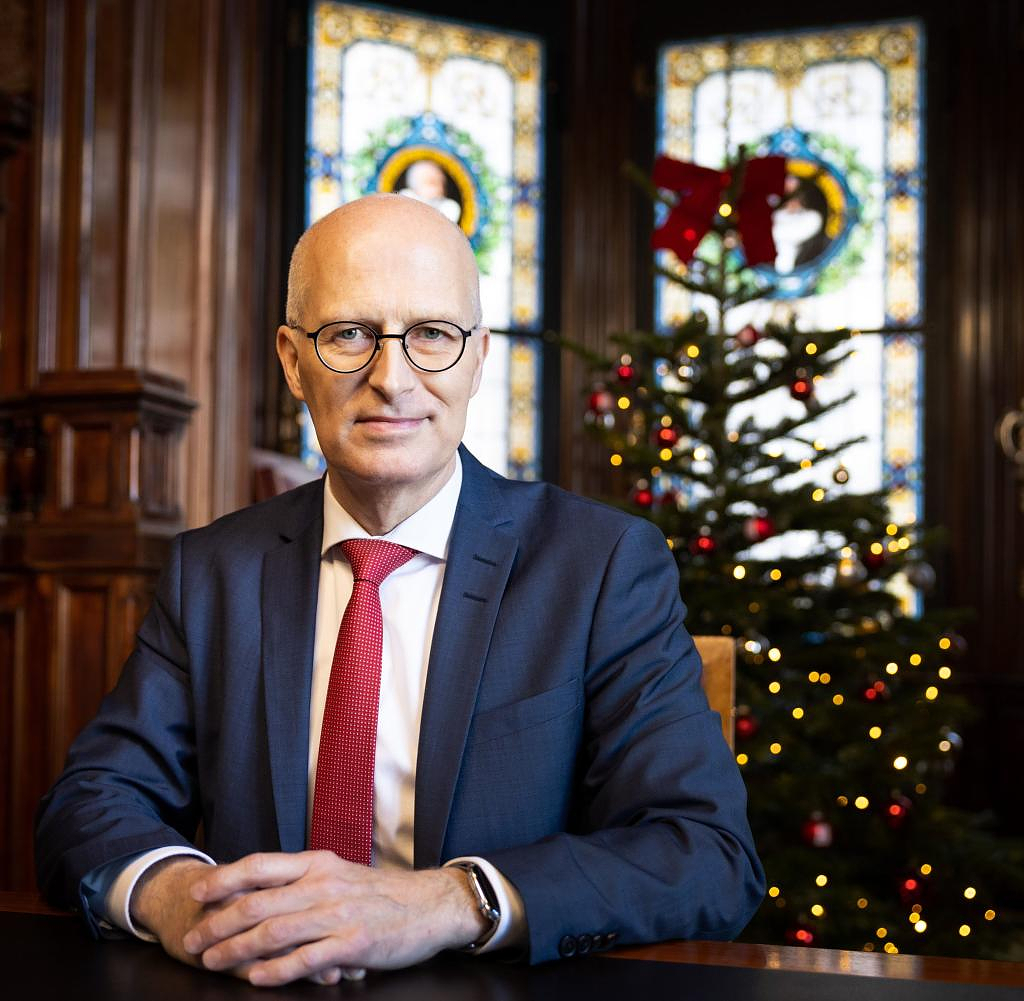 In his Christmas message, Mayor Peter Tschentscher appealed to the hope and confidence of the people of Hamburg in difficult times. The Russian war of aggression is bringing great suffering to the people of Ukraine, said the SPD politician in the video message published in advance by the Senate on Friday. At the same time, the high energy prices in this country worried many people and put pressure on the economy.

The federal and state governments have taken numerous measures to alleviate the burden. The cohesion in the city is also great, said Tschentscher and promised: "We will now survive the energy crisis in the same way we managed the corona pandemic: together and in solidarity."

The second mayor Katharina Fegebank (Greens) called for Christmas to look at the good. "Nice moments with friends and family, a sense of achievement at work, goals that you have set yourself that have been achieved."

Despite all the challenges and problems, life is full of beautiful things. “Sometimes we just have to take a closer look. Christmas is a good time for that.”

In view of the fear of war and crises, Bishop Kirsten Fehrs of Hamburg and Lübeck emphasized the message of peace at Christmas. "Christmas is and remains the celebration of peace, no matter what happens," said Fehrs in her Christmas message published on Friday. In sharp words, the bishop condemned the Russian war against Ukraine: "Russia's barbaric attack on Ukraine, the murder of civilians and the destruction of entire regions are at the same time an attack on peace in Europe and the world," explained Fehrs.

She fervently prays for all politicians who have to make decisions in difficult times. "May you be blessed with presence of mind in constantly reassessing how best to help the Ukrainian population, both militarily and non-militarily," said Fehrs.

At the same time, the bishop called on people to have confidence. "Do not be afraid!" and "Peace on earth!" are the two most important words of angels at Christmas. Contrary to all appearances, the following applies: "We are protected and safe by good powers." Hope remains, because everything is not good right now. "Because even at the time of Jesus' birth there was no peace on earth," explained Fehrs.

According to Gothart Magaard, bishop of Schleswig, violence, destruction and unspeakable suffering are dimming the hope for a peaceful world day by day. "Sometimes we've wondered if we can celebrate light-heartedly while war is raging not too far away," Magaard confessed in his word for Christmas, adding: "Yes, we celebrate the message of the angels who bring us peace." earth promises.”

‹ ›
Keywords:
HamburgWeihnachtenTschentscherPeterFegebankKatharinaFehrsKirstenTexttospeechPeter TschentscherUkraineKatharina FegebankGothart MagaardGrüneGewaltWeihnachtsbotschaftMusik
Your comment has been forwarded to the administrator for approval.×
Warning! Will constitute a criminal offense, illegal, threatening, offensive, insulting and swearing, derogatory, defamatory, vulgar, pornographic, indecent, personality rights, damaging or similar nature in the nature of all kinds of financial content, legal, criminal and administrative responsibility for the content of the sender member / members are belong.
Related News