Truss government on the brink of collapse? - New resignation and lower house chaos

The British government is apparently on the brink of a political abyss, despite slogans from the ailing Prime Minister Liz Truss to persevere. 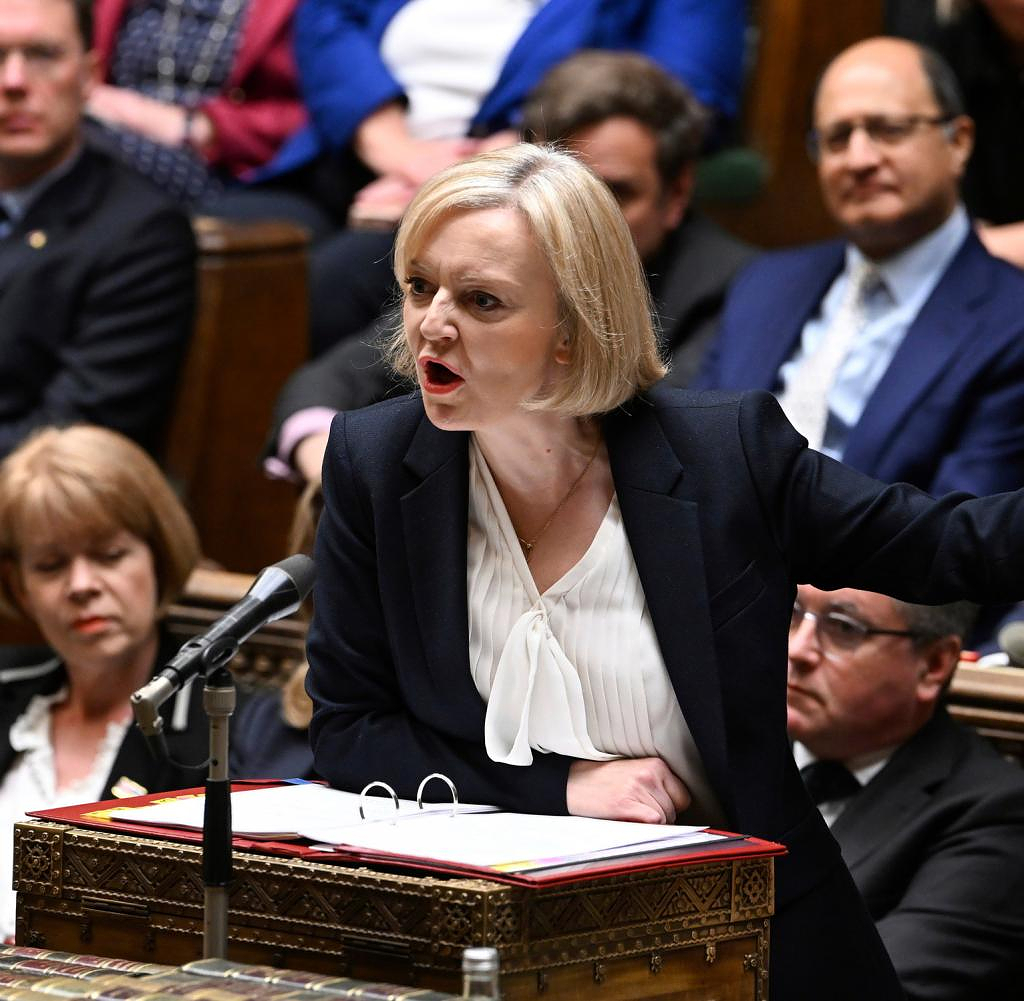 The British government is apparently on the brink of a political abyss, despite slogans from the ailing Prime Minister Liz Truss to persevere. With Suella Braverman, the second important cabinet member resigned on Wednesday within a week, according to reports, there were riots and arguments in the lower house faction of Truss' conservative party in the evening during a vote. The opposition is demanding the prime minister's resignation, and many MPs in their own ranks also want to get rid of her after just six weeks, but there is disagreement as to how they can do this without risking major damage to their party. It is uncertain how long Truss, who described herself as a "fighter" in parliament, can remain in power in this mixed situation.

Her previous Secretary of the Interior, Braverman, justified her resignation by breaking the rules: she admitted that she had sent an official document via her private email account – and linked her admission to barely concealed criticism of the government. "Pretending we didn't make mistakes, moving on like no one can see we made them, and hoping things magically work their way right is not serious politics," Braverman wrote in her resignation letter posted on Twitter, saying she has "concerns about the course of this government."

In the right wing of the Conservative Party, Braverman was popular for her restrictive immigration policies. In the summer, she entered the race to succeed Boris Johnson, who resigned as prime minister at the beginning of July, and Truss ultimately prevailed in the internal party competition. The PM replaced Braverman with Grant Shapps, Johnson's former transport secretary. Shapps is seen as a supporter of former ex-Finance Minister Rishi Sunak, who lost to Truss in the final round of the successor race for party leadership and government leadership.

Truss faced further uproar that evening in the House of Commons for a vote on fracking to extract shale gas - a practice the PM wants to revive despite opposition from many party colleagues. The opposition Labor Party tabled a motion for a ban on fracking, which was defeated by a majority of the Conservative Tories. But a number of Tories are said to have voted no unwillingly. To bring potential Conservative dissenters to the government line, her colleagues in charge of party discipline let her know that the vote would be linked to a vote of confidence. So that would have meant the fall of the government if the motion to ban fracking had gone through. The nerves in the Tory faction were correspondingly blank.

Chaotic scenes played out in the House of Commons during and after the vote. The party whips of the Conservatives, the "whips" responsible for maintaining group discipline, are said to have sometimes become violent in order to get suitable votes. Labor MP Chris Bryant said he had seen MPs "being physically abused and harassed". This was denied by Tory MP Alex Stafford. He was not roughly handled, there was only an "honest and robust conversation" about his opposition to fracking.

According to reports from some MPs, after the riots, the conservative "chief whip" Wendy Morton handed in her resignation, and her deputy is also said to have resigned. In the evening, however, the Prime Minister's office announced that both would remain in office. Still, there was disbelief over the chaotic vote, in which Truss herself failed to cast her vote for unknown reasons, according to official statistics.

Tory MP Charles Walker spoke of "a shambles and a disgrace". He told the BBC that he could only hope that it was all worth it to the people who put Liz Truss in office. "I hope it was worth it (for them) to sit down at the cabinet table because the damage they have done to the party is extraordinary." He had never experienced anything like Wednesday evening. He sees no new beginning for the government. According to a BBC report, Walker later followed up: "I expect the Prime Minister to resign very soon, because she is not up to her job."

The latest events follow the fiasco on the financial markets unleashed by Truss and the finance minister Kwasi Kwarteng, who she recently fired, with their tax and economic plans. As a first act, newly appointed Chancellor of the Exchequer Jeremy Hunt scooped almost all of the £45 billion tax cut package and announced "many tough decisions" ahead of the presentation of a medium-term budget at the end of October. Hardly anything is left of Truss'

Pledges remain that government spending will not be cut.

The Prime Minister apologized and acknowledged mistakes during her first Question Time since her reversal in the House of Commons on Wednesday. Labor leader Keir Starmer rhetorically asked, "Why is she still here?" to which Truss replied, "I'm a fighter, not a slacker."

‹ ›
Keywords:
NewsteamTrussLiz
Your comment has been forwarded to the administrator for approval.×
Warning! Will constitute a criminal offense, illegal, threatening, offensive, insulting and swearing, derogatory, defamatory, vulgar, pornographic, indecent, personality rights, damaging or similar nature in the nature of all kinds of financial content, legal, criminal and administrative responsibility for the content of the sender member / members are belong.
Related News