Trump to formalize his 2024 presidential bid on Tuesday, adviser says

The real estate mogul had previously hinted that he might get started, promising a "big announcement" from his Florida home, Mar-A-Lago, and the tenor of that announcement wasn't really causing much suspense these days. 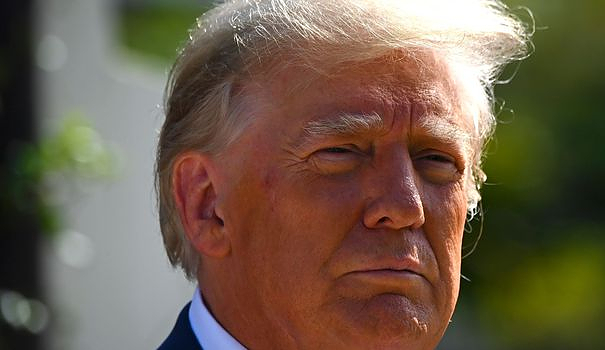 The real estate mogul had previously hinted that he might get started, promising a "big announcement" from his Florida home, Mar-A-Lago, and the tenor of that announcement wasn't really causing much suspense these days. last days.

"President Trump will announce on Tuesday that he is a candidate for the presidential election. And it will be a very professional, very neat announcement", declared his adviser Jason Miller on "War Room", the podcast of Steve Bannon, another close friend of Donald Trump.

The 76-year-old Republican considers that the question of his candidacy "does not even arise", explained Mr. Miller, saying he spoke to him earlier in the day.

"Of course I'm showing up. I'm going to, and I want to make sure people know that I'm fired up and we need to get the country back on track," Donald Trump allegedly assured him.

"Everyone knows I'm going to show up, so let's go," he reportedly added.

Donald Trump's candidacy will be his third. But even if his influence on the Republican Party remains undeniable, he nevertheless emerged weakened from the mid-term elections, during which many of his lieutenants disappointed.

Conversely, Florida Governor Ron DeSantis, a new star on the hard right, was triumphantly re-elected. A victory which consolidated his place as a potential rival of the ex-president for the Republican nomination.

Chance of the calendar or not, Tuesday is also the day of the release of the memoirs of another possible competitor of Donald Trump, his former vice-president Mike Pence.