Trump justifies himself for having dinner with Kanye West 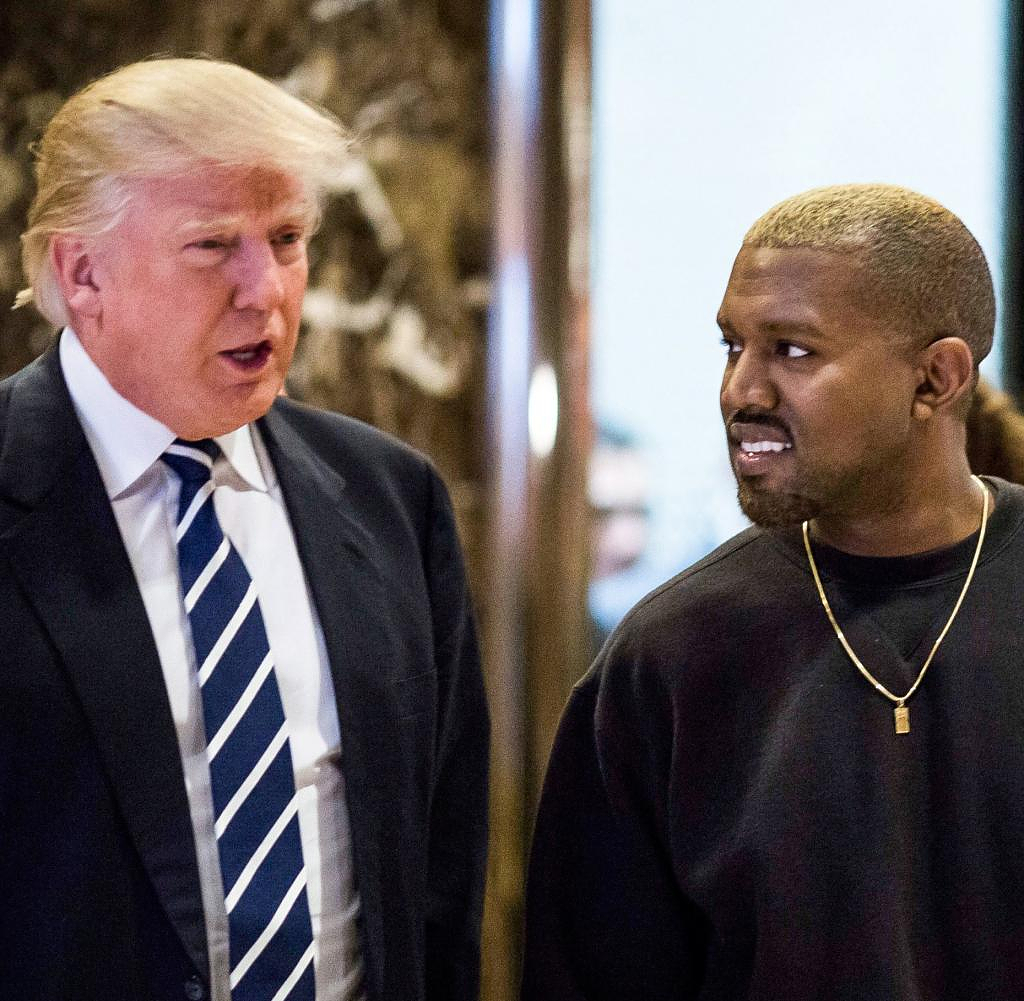 Former US President Donald Trump has warranted a dinner with rapper Kanye West - which reportedly included far-right nationalist Nick Fuentes. He didn't know Fuentes, Trump wrote on Friday on the Truth Social platform he co-founded. The background is a dinner at Trump's Mar-a-Lago estate in the US state of Florida last Tuesday. According to reports, West, who now calls himself Ye, brought 24-year-old Fuentes with him. Both had spread anti-Semitic hate speech in the past.

The 76-year-old Trump declared a week ago that he wanted to run again as a Republican presidential candidate in 2024. West (45) had already indicated in 2020 that he wanted to run again in the 2024 vote. Most recently, he posted videos on Twitter with the words "Ye 24". The rapper was once one of the few stars to publicly speak out for Trump. Because of anti-Semitic statements, the sporting goods manufacturer Adidas terminated its cooperation with him.

Trump did not deny Fuente's participation in the meal - but did not explicitly confirm it either. West called him about dinner, he wrote on Truth Social. "Shortly thereafter, he unexpectedly showed up with three of his friends that I knew nothing about." Trump wrote that other people were also there at the meal. The Republican himself is known for spreading conspiracy theories. He also repeatedly expresses himself hostile to trans and agitates against minorities.

The news portal "Axios" wrote, citing an unnamed source, that Trump seemed "very impressed" at Fuentes' dinner. The two talked about the presidential election, among other things. "To be honest, I don't think the president knew who the hell [Fuentes] was," Axios quoted the source as saying. CNN, also citing a source familiar with the dinner, reported that Fuentes was a guest of West and was not invited by Trump.

Referring to West, Trump wrote: "Anyway, we got along well, he expressed no anti-Semitism." Trump added, "Why shouldn't I agree to meet him?" View of the White House. In 2020 he had already applied for the office of US President - but due to missed registration deadlines he did not make it onto the ballot in most states.

He advised him not to run for president under any circumstances, Trump continued. West, on the other hand, said in the video posted to Twitter that he had suggested to Trump that the ex-president could run as his running mate in the 2024 election. Trump yelled at him at the table and made him understand that he thought West was going to lose, West said. The ex-president, on the other hand, described the dinner as "uneventful".

‹ ›
Keywords:
NewsteamTrumpDonald (geb.1946)WestKanye
Your comment has been forwarded to the administrator for approval.×
Warning! Will constitute a criminal offense, illegal, threatening, offensive, insulting and swearing, derogatory, defamatory, vulgar, pornographic, indecent, personality rights, damaging or similar nature in the nature of all kinds of financial content, legal, criminal and administrative responsibility for the content of the sender member / members are belong.
Related News