Treasury will receive 175 million from the Christmas Lottery

According to calculations by the Technicians of Finance (Gestha), the Ministry of Finance will collect 175 million Euros this year for taxation of the Christmas Lottery Extraordinary Draw prizes. 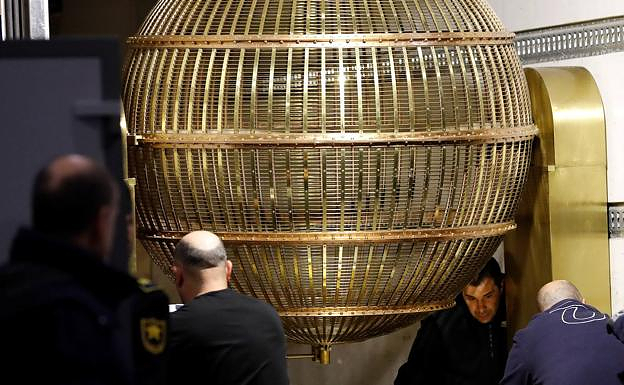 According to calculations by the Technicians of Finance (Gestha), the Ministry of Finance will collect 175 million Euros this year for taxation of the Christmas Lottery Extraordinary Draw prizes. This is 13.6 million more than last year because of an increase in exempt minimum of 20,000 euros.

This will result in a 7.2% decrease in the "bonus bonus" for public coffers due to the increase of the exempt minimum to 20.000 euros from the previous 10,000 euros.

Gestha requests the acting Government to approve a Royal Decree Law to include, among other extensions for 2020 of Wealth Tax and the limits on the objective estimate entrepreneurs in modules, the minimum exempt of 20.000 euros Lottery, ONCE, and Red Cross prizes. This would prevent it doubling up to 40,000 Euros and most prizes would be exempt.

2.380 million euros in prizes will be distributed next Sunday, December 22nd, provided all winning tickets are sold. The treasury will make around 517,000 euros per day by withholding tax on winning numbers and singing by children from San Ildefonso School. If you add the withholdings from all draws held throughout the year, this amount would increase to 1,090 239 euros per day.

The technicians remind us that Lottery winners over 20,000 Euros are subject to 20% tax. This means that the first three categories receive 2,000 more euros than the tenth category last year. They also get 2,000 euros more for the fourth category, which does not pay the tax.

The Treasury will still collect around 30% of the amount it enters each year to pay withholdings on prizes from the State Lotteries and Betting Draws. These withholdings are made at the time of collection. The tax will be deducted from the winning amount.

The prizes do not have an impact on the personal income taxes of the winners. They will simply have to include in their Income Statement any possible returns the money could generate such as bank interest.

Gestha clarifies, however, that recipients will not be affected by requests for scholarships, assistance benefits, or any other public aid that depends on income, as the award amount is not included in the general basis. Income tax, savings. It must be considered for Wealth Tax purposes.

Gestha requests that the Corporate Tax Law be modified to ensure that any lottery prizes won by legal entities by integrating them into the tax base have a minimum rate of taxation just like that of individuals (20% of excess exceeding the exempt minimum), in order to stop loss-making businesses from having to pay taxes on these prizes. She also seeks a refund of withholding.

Gestha estimates that 22 million dollars will be earned from tax on prizes won by companies if the current pace continues until October 2019. This is easily more than 6% of the largest prizes in all draws. According to the union, this means that legal entities will have won 127 millions in 2019, in 16,000 Lottery prizes worth more than 20,000 Euro each.

The technicians request the AEAT to create a program for foundations, associations, and other non-profit organizations that accumulate 93.5% or more of the prizes won by legal entities.

The technicians acknowledge that increasing the exempt minimum makes bad practices by those who divert prizes to losing companies less appealing, but insist that it is not necessary that exemptions be increased or taxes decreased to combat fraud.

‹ ›
Keywords:
HaciendaRecaudaraMillonesLoteriaNavidad
Your comment has been forwarded to the administrator for approval.×
Warning! Will constitute a criminal offense, illegal, threatening, offensive, insulting and swearing, derogatory, defamatory, vulgar, pornographic, indecent, personality rights, damaging or similar nature in the nature of all kinds of financial content, legal, criminal and administrative responsibility for the content of the sender member / members are belong.
Related News