Enter your destination, plan stops to recharge your batteries and drive off. 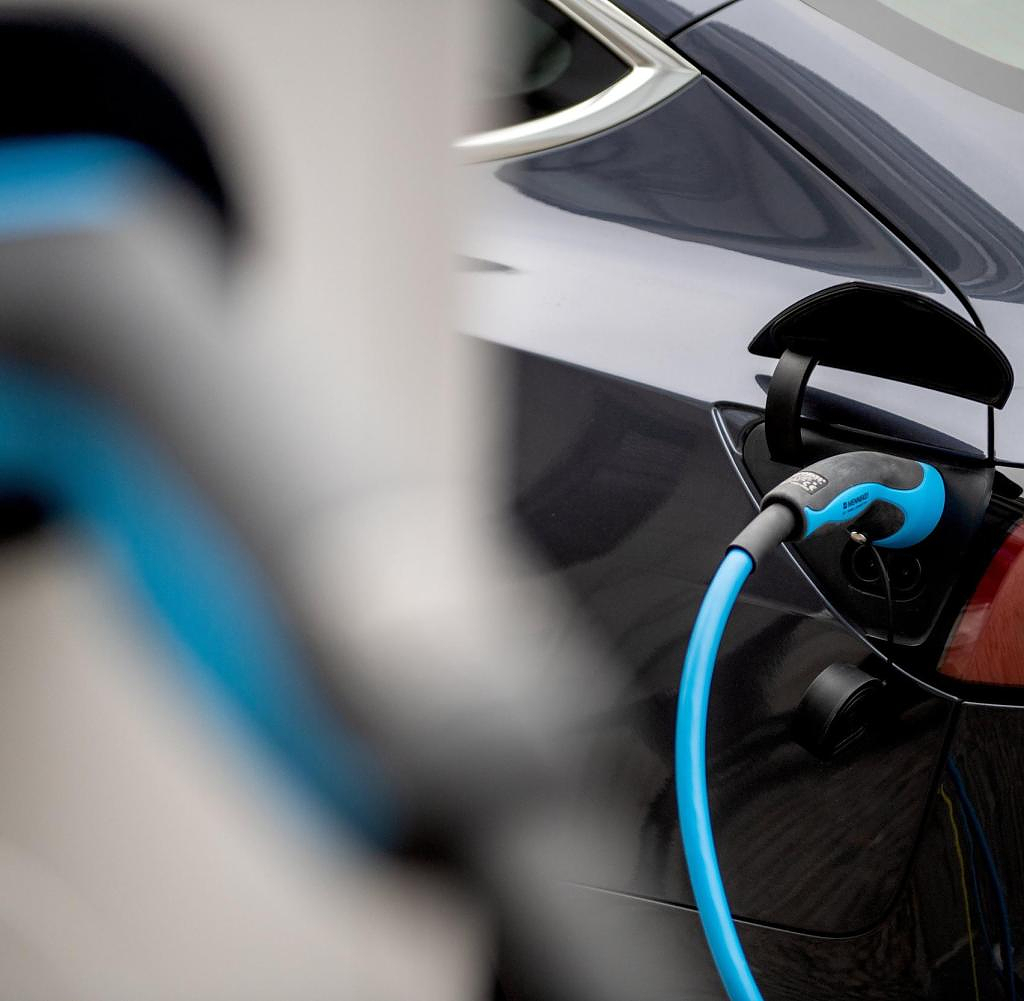 Enter your destination, plan stops to recharge your batteries and drive off. In theory, it is easy to drive from Hamburg to Munich by electric car.

"This can also work very well in practice, especially if the route leads along main traffic routes such as motorways," says Luca Leicht from the mobility magazine "Moove". Basically, however, e-car drivers should prepare well if a longer tour is pending.

Because depending on which system a route is planned with, information about charging points in the navigation system could be missing or range information could be too imprecise because the consumption is calculated incorrectly. According to Leicht, this applies above all to planning with mobility apps, such as those provided by charging current providers.

"Although these apps give the user a good overview of where the provider's charging points are located, they quickly reach their limits in terms of route guidance and accuracy," says Leicht. Alternative routes, for example, are often not considered at all, nor is the current traffic situation. In addition, most mobility apps do not know the actual consumption of the e-car.

"This is currently a major disadvantage of navigation apps for electric drivers," says Hannes Rügheimer from the trade magazine "connect". "So far there have been no uniform standards for accessing the necessary vehicle data such as the battery level and other parameters." It is to be hoped that the vehicle manufacturers will soon open up the necessary interfaces for this application.

According to Rügheimer, this would be conceivable for future versions of Apple Carplay and Android Auto. Until then, users can store their vehicle with some data in the apps in most cases. The route planning should at least approximate the consumption of the vehicle as closely as possible.

"For this purpose, you can specify the charge level at departure, the maximum or typical speed driven and other values," explains Rügheimer. The app then tries to calculate the consumption from this. The selection of data that can be stored varies greatly from app to app.

While some only allow the vehicle type to be selected, apps such as "A Better Routeplanner", "ElectricRoutes" or "EV Navigation" take into account a wide range of settings and data, such as road conditions, weather data or vehicle weight. E-car routes can also be planned using a web app in the browser, for example on the pages of “A Better Routeplanner”, “EV Navigation” or “GoingElectric”.

However, the app calculations have limits. "An integrated navigation system usually has an advantage here," says Luca Leicht. Because they know the State of Charge (SoC), i.e. the charge level, usually very precisely and, in the case of some vehicles, also take into account influences such as the weather, temperature or topography. This close connection to the vehicle and its data can only be achieved by a few apps.

Since the various parameters can have a significant impact on power consumption, a reserve should always be taken into account when calculating routes from navigation apps, advises Leicht. But the navigation systems integrated in electric cars are not all-rounders either.

Most of them do not offer a complete overview of all charging stations. Depending on which electricity provider there is cooperation with, the choice is limited.

It therefore makes sense to use at least two tracks. "Anyone who uses the onboard navigation system should have an app at the start as a backup or vice versa," advises Jörg Maltzan from "Auto Bild". Since there are now many electricity provider apps on the market, it is also advisable to try out several such apps and then decide on one or two.

However, having as large a selection of charging points as possible is no guarantee that you will actually be able to recharge your batteries. "If the payment option required for the pillar is missing, even a free pillar is of no use," says Rügheimer.

"And the option prescribed by law of being able to top up ad hoc with a credit card in any case will not come into force until July 2023." This is another reason why it makes absolute sense to plan the route before you start your journey and not while you're driving close.

Luca Leicht advises always having at least one charging key or charging card from a larger charging current provider on hand. It contains an RFID chip that you use to pay by holding your key or card up to the charging station.

The purchase usually costs around ten euros per key or card, but it is worth it. Because: “If you only rely on the app, you may not be able to get your electricity if the mobile network coverage at the location of the charging station is poor,” warns Leicht. "The chip, on the other hand, almost always works."

The more expensive basic tariffs of the large electricity providers without a monthly basic fee are completely sufficient here, says Leicht. After all, these basic tariffs associated with the charging key or the charging card are only intended for emergencies and are free of charge if they are not used.

In order not to drive into the current trap, a minimum charge level should also be entered in the respective navigation system. "In many onboard systems and navigation apps, it can be stored that the SoC must never fall below 20 percent," explains Leicht. This is a good value for newcomers to electric cars.

Experienced e-car drivers, on the other hand, could reduce the minimum SoC to five to ten percent, depending on the car. "So there is still enough reserve if a charging station is occupied or consumption is higher than planned," says Luca Leicht.

For the future, the experts see a lot of room for improvement when it comes to route and charging planning for e-cars. "In some cases, the programs already indicate when a column is occupied," says Jörg Maltzan. "It is conceivable that in the future it will also be possible to reserve a charging station in advance for a fee in order to be able to take the best possible route."

And if many e-car drivers would share their charging and route data via a system, Maltzan continues, it would also be possible to prevent or at least reduce congestion at charging stations, taking real-time traffic data into account.

‹ ›
Keywords:
SmartphoneApple PodcastHamburgAmazon MusicTexttospeechElektroautosMünchenNavigationssystemeAppsTankstellenElektroautoBatterienAkkusEV NavigationElectricRoutesApple CarplayMobilitätsAppLadesäule
Your comment has been forwarded to the administrator for approval.×
Warning! Will constitute a criminal offense, illegal, threatening, offensive, insulting and swearing, derogatory, defamatory, vulgar, pornographic, indecent, personality rights, damaging or similar nature in the nature of all kinds of financial content, legal, criminal and administrative responsibility for the content of the sender member / members are belong.
Related News