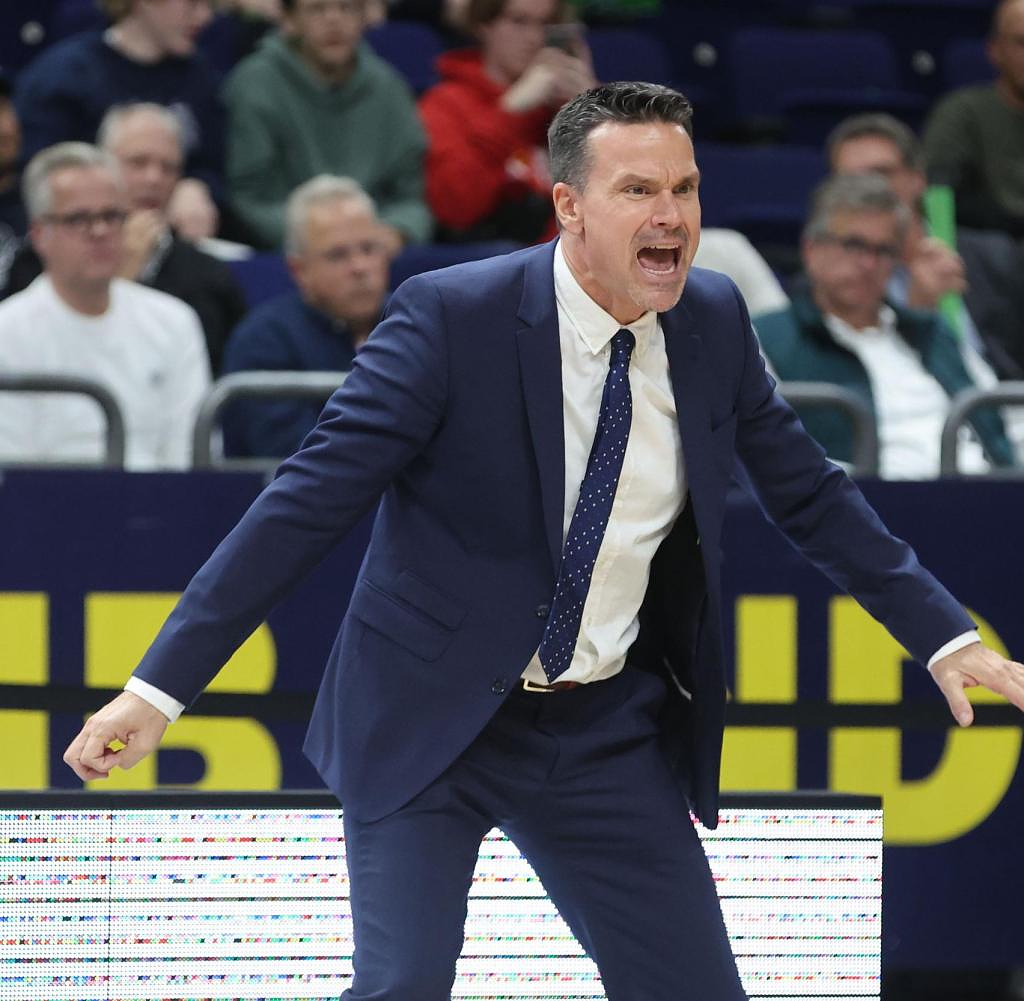 The Veolia Towers Hamburg reacted to the clear 65:80 home defeat against Ratiopharm Ulm and suspended coach Raoul Korner with immediate effect. The 48-year-old Austrian was informed of the decision on Saturday evening, the Bundesliga club said on Sunday.

At the same time, Benka Barloschky, who extended his contract as assistant coach with the Hanseatic League until 2025 in the summer, will take on the duties of the Hanseatic League's head coach. The coaching team will be temporarily completed by Fabian Villmeter, it was said.

"Less the defeat itself, but the way the team presented itself made it clear that we have to act now. We have come to the conclusion that Raoul will no longer reach the team in the way that would be necessary in our current situation," explained managing director Marvin Willoughby. He reiterated: "We urgently need a new impetus on the sidelines."

Korner only came to Hamburg in the summer and has been on the sidelines in 21 competitive games since then. After a good start, it continued a losing streak before the Towers won twice again. After the new setback against Ulm, Korner's time was up.

The disastrous performance after the 42:40 break lead was the last straw. "For us, it was a throwback to old, bad patterns," Korner admitted. And he referred to the statistics in the analysis. “If I just look at the stat sheet: 21 turnovers, 19 offensive rebounds allowed, 52 percent free throws, 20 percent from three-pointers – then that is exactly what is troubling us. And that's exactly what broke our necks again today,” admitted Korner. Pedro Calles' successor called the performance "out of the question". His leave of absence followed shortly thereafter.

Barloschky has already taken on the role of interim coach in two games this season, including the 96-73 win against Würzburg, which ended a six-game league bankruptcy series. The 35-year-old is also preparing his team for the start of the second half of the EuroCup on Wednesday (7:30 p.m.) against Buducnost Podgorica.

To Korner's credit, Yoeli Childs was out injured and Jonas Wohlfahrt-Bottermann and playmaker Kendale McCullum were also limited after the break due to injuries. According to Towers professional Len Schoormann, the fact that the Hamburgers failed a lot in the second half also had another reason: "When you're stuck on the pitch, you can't give up like that. We have to fight to the end and not watch. We have to get that under control.” Now, however, it has to be under Barloschky's direction.

‹ ›
Keywords:
HamburgBasketballFussballHamburg TowersTowers HamburgVeolia Towers HamburgRatiopharm UlmRaoul KornerBuducnost PodgoricaHanseatenBasketballBundesligist
Your comment has been forwarded to the administrator for approval.×
Warning! Will constitute a criminal offense, illegal, threatening, offensive, insulting and swearing, derogatory, defamatory, vulgar, pornographic, indecent, personality rights, damaging or similar nature in the nature of all kinds of financial content, legal, criminal and administrative responsibility for the content of the sender member / members are belong.
Related News