Leading retail panelist NielsenIQ observes in a Thursday statement that inflation "did not take a vacation in July/August", with an increase in the average price of so-called consumer goods - those that households buy regularly in supermarkets - by 6. 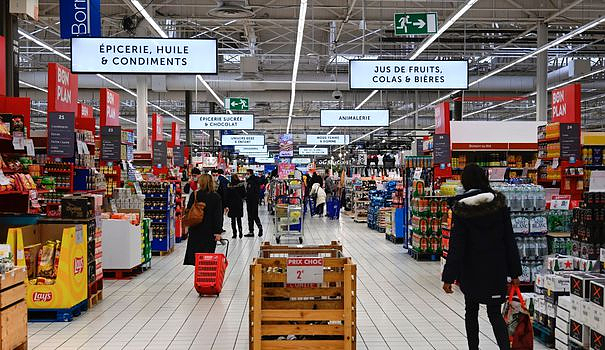 Leading retail panelist NielsenIQ observes in a Thursday statement that inflation "did not take a vacation in July/August", with an increase in the average price of so-called consumer goods - those that households buy regularly in supermarkets - by 6.6% in August.

"A prospect of inflation at 10% by the end of 2022 is confirmed", notes NielsenIQ, according to which all product categories sold in August more expensive than a year earlier.

First-price products and those known as "private brand", that is to say created by the brands that market them, have seen their prices increase by more than three points more than national brand products, notes again NielsenIQ. This is due in particular to the fact that the costs of production and agricultural raw materials, which have been strongly inflationary since mid-2021, represent a larger share of their price compared to the national brand, where marketing expenditure is greater.

Another specialist in the measurement of prices in supermarkets, IRI, for its part estimated the rise in prices of consumer products and fresh products at 7.9% in August, in a barometer published Thursday by the specialized media LSA .

In June, the Inflation Observatory of the magazine 60 million consumers, of which the NielsenIQ Institute is a partner, assessed the impact of these 7% price increases at 30 euros in additional expenditure per household and per month.

To cope, consumers are moving downmarket, depriving themselves of certain products deemed to be less of a priority, or turning to brands deemed to be the best bidder in terms of price.

The Minister of Economy Bruno Le Maire meanwhile declared on France 5 on Wednesday that we should “not expect an improvement on the inflation front before the start of 2023”.