Dozens of tourists held by protesting villagers in the Peruvian Amazon are free. 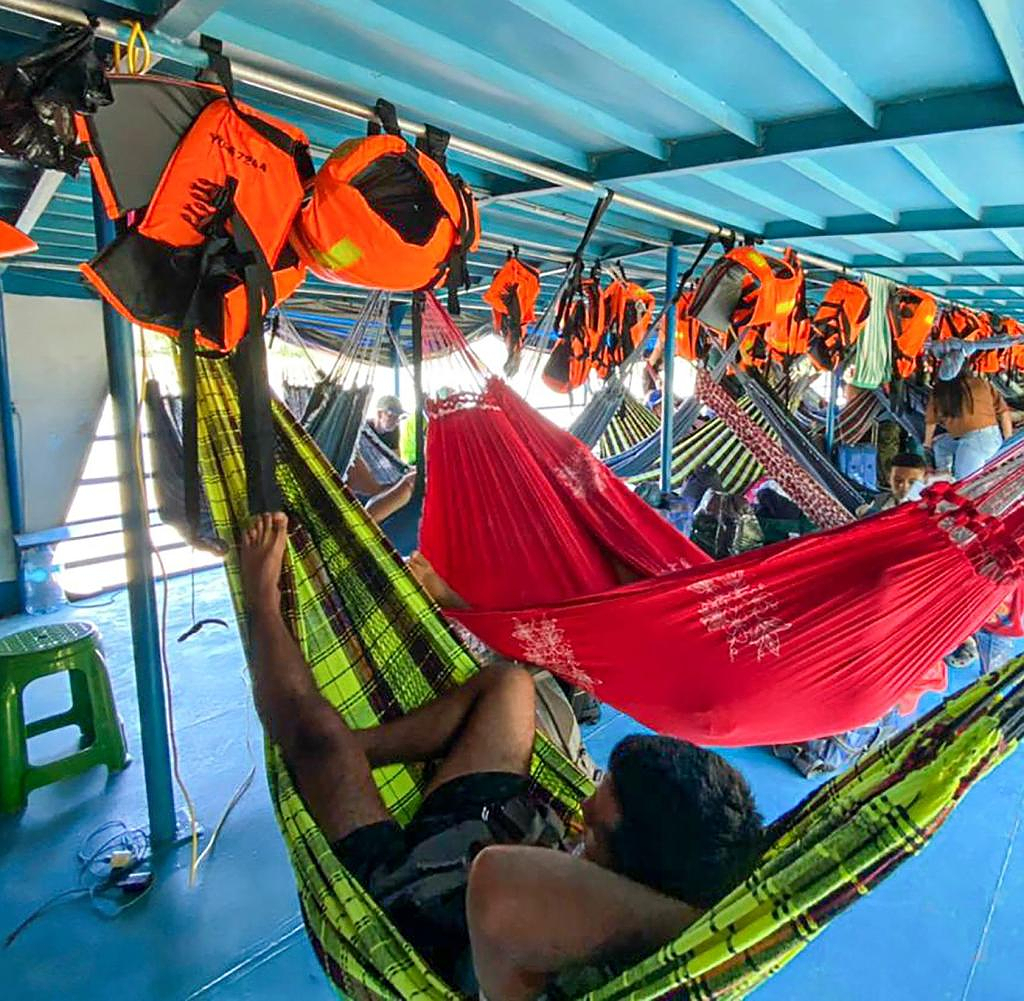 Dozens of tourists held by protesting villagers in the Peruvian Amazon are free. "It has been confirmed to me that the ships can return to the ports from which they left," said Foreign Trade and Tourism Minister Roberto Sánchez on Friday.

In protest against the government's inaction after an oil leak, the villagers had stopped several ships with a total of around 150 people on board on the Marañón River since Thursday and arrested the passengers. Among them was a ship with around 70 tourists from Germany and abroad, including a German vacationer on board, as a spokeswoman for the Federal Foreign Office in Berlin announced. Tourists from the USA, Spain, France, Great Britain and Switzerland should also be on the ship.

By arresting the vacationers, the villagers wanted to persuade the government to do something about an oil spill in the region. Most recently, oil had repeatedly leaked from a pipeline belonging to the energy company Petroperú and had polluted the Marañón river. Petroperú announced that the pipeline was intentionally damaged several times. Peru's Energy Minister Alessandra Herrera Jara called for freedom of movement to be respected as it is a constitutional right.

Village chief Wadson Trujillo asked President Pedro Castillo's government to declare a state of emergency in the area to combat the oil spill and its aftermath. This has been going on since 2014 and people are being forced to drink water contaminated with petroleum and eat contaminated fish. The people depend on being able to feed themselves from the river.

Not only the 1000 people in his settlement are affected by the oil pollution, but also almost 80 other communities on the river. The Peruvian Ministry of Health had blood samples from people in the region tested in 2016. Around half of the tests found cadmium and mercury above the levels recommended by the World Health Organization. “The children have poison in their blood. People have stomach pains — every day,” Trujillo said.

‹ ›
Keywords:
NewsteamPeruUmweltschutzUmweltverschmutzungMarononSpanienUSAWadson TrujilloGroßbritannienRPPCuninicoFrankreichYurimaguaAmazonaIquitoReise
Your comment has been forwarded to the administrator for approval.×
Warning! Will constitute a criminal offense, illegal, threatening, offensive, insulting and swearing, derogatory, defamatory, vulgar, pornographic, indecent, personality rights, damaging or similar nature in the nature of all kinds of financial content, legal, criminal and administrative responsibility for the content of the sender member / members are belong.
Related News