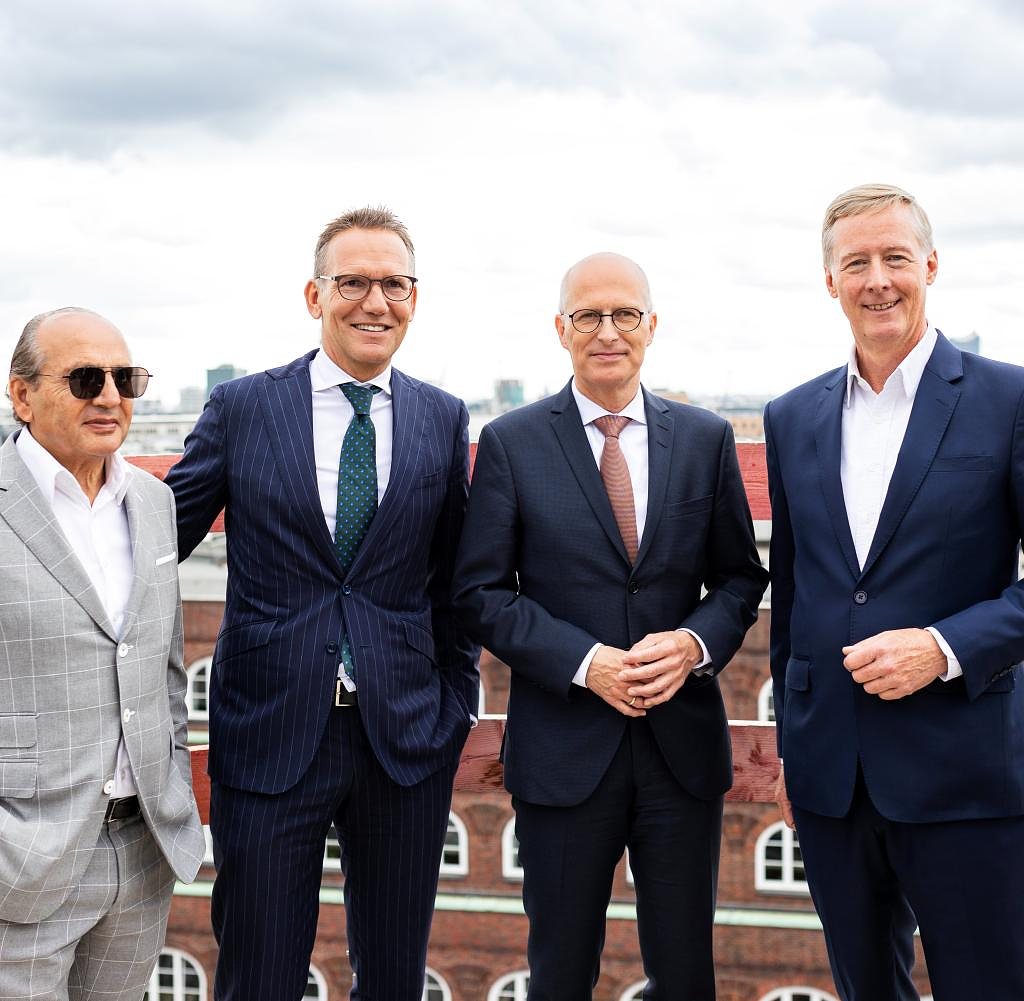 It's progressing. After around two years of construction, the project developer ABG Real Estate and architect Hadi Teherani celebrated the topping-out ceremony for the new Deutschlandhaus on Gänsemarkt. Among the 500 guests who witnessed the hoisting of the topping-out wreath at a height of around 40 meters were Mayor Peter Tschentscher (SPD) and Harald Vogelsang, spokesman for the board of the Hamburger Sparkasse. Haspa will be the main tenant of the office space in the new Deutschlandhaus and will have its new headquarters there.

In his speech, Tschentscher spoke of an important contribution that the replacement building would make to the development of the inner city. In addition to Haspa, retail and gastronomy, including a blockhouse restaurant, will also move into the building, which is scheduled for completion in 2023. In addition, 30 apartments will be built in the building. For decades, housing construction in the inner city of Hamburg had played no role. After the shops close, the city center of Hamburg is often deserted.

In a recent interview, Hamburg's building director Franz Josef-Höing said that an additional potential of 800 to 900 apartments was expected in the city centre. In previous years, it was difficult to persuade companies to create housing instead of retail space.

But a changing world of stationary trading has created new scope, it is now easier to convince investors to also think about housing in their projects. However, Höing also admitted that the number of apartments per project would be rather small.

The other areas will also predominate in the new Deutschlandhaus. While around 2,800 square meters will be available for living, there are 30,800 square meters for the new Haspa headquarters alone. In addition, the Sparkasse will open a new branch when the building is completed.

Where a lot of raw concrete could still be seen at the topping-out ceremony on Wednesday, architect Teherani wants to create a look that comes close to the original Deutschlandhaus, reminiscent of the tradition of Hamburg office buildings, but still has a modern look. Among other things, bricks are specially made for the facade. On the inside, the building should also remain flexible and therefore usable in a sustainable manner.

Among other things, the previously largely static interior division had meant the end of the previous building. The old Deutschlandhaus was built in 1928 and 1929 according to plans by the architects Fritz Block and Ernst Hochfeld and was primarily used as an office building. In addition, it housed the Ufa-Palast with 2,700 seats, which was the largest cinema in Europe at the time, as well as a department store and shopping arcades. At that time, the building had eight floors.

During the Second World War, most of the old building burned down. It was rebuilt by the British occupying forces under the name of Hamburg House and underwent several changes over the following decades. ABG Real Estate acquired the building complex in 2014. After an intensive assessment, they decided to build a new building. The demolition of the old house started in 2019. In the same year, the city received the building permit for the new building.

In addition to the exterior facade, ABG Real Estate is particularly proud and excited about the new atrium of the Deutschlandhaus. This will be 34 meters high. Under a glass dome, a palm garden with a water basin is to be created here, which is open to the public.