Post a Comment Print Share on Facebook
Famagusta
DOLLAR 18,81
EURO 20,42
GOLD 1.164,32
BIST 5.096,29
ARD confirms "unusual" RBB allowances for chairmanship
Ursula Krechel, what is the difference between writing during the day...
Phrase salad with political phrase sauce
That's how you become Hollywood's favorite playwright
If there were no riots, we would have to be really concerned
The property tax as delegitimization of the state
"Anyone can make a million"
The most beautiful European dream has burst
Regarding Johann König ./. "Time"
When the fight against "disinformation" serves to suppress opinion

Too few babies in Poland? "High alcohol consumption" by women is to blame, according to Kaczynski

The leader of the Polish ruling party, Jaroslaw Kaczynski, has caused outrage with statements about alcohol consumption by women. 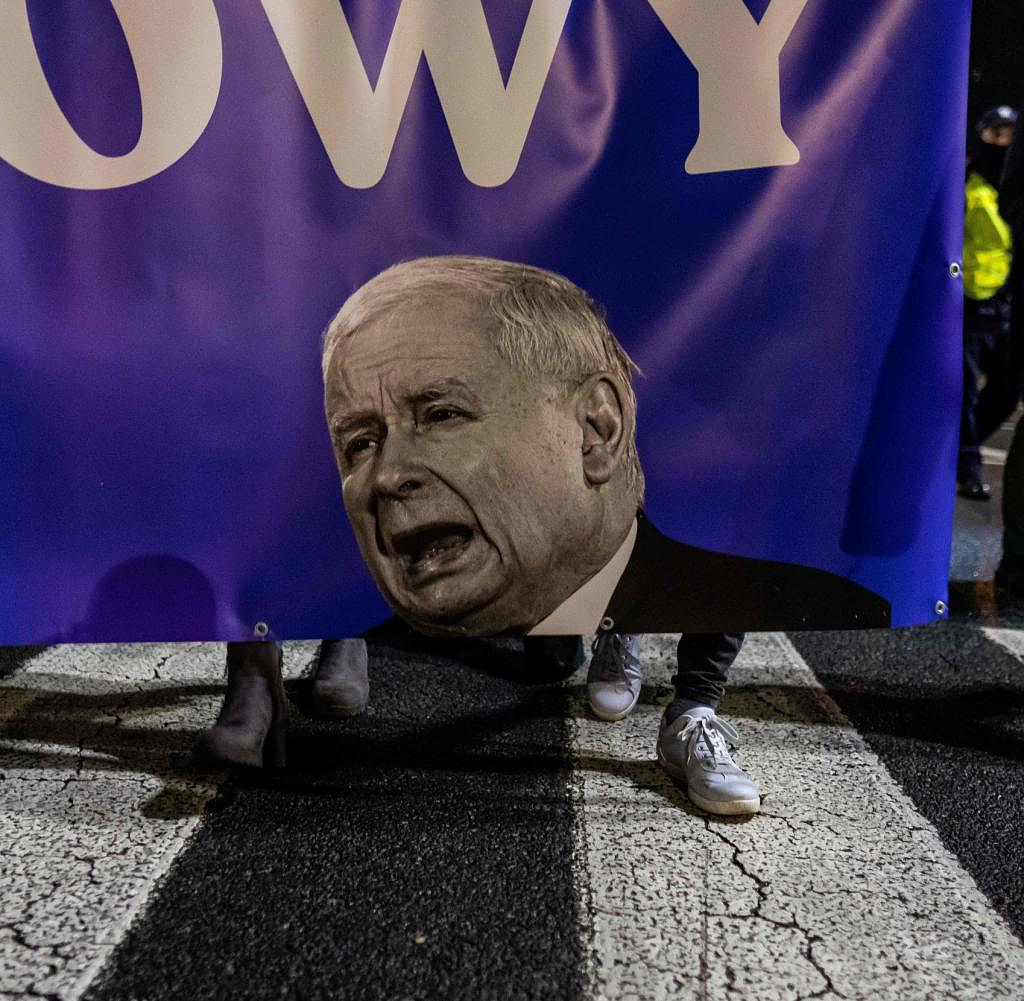 The leader of the Polish ruling party, Jaroslaw Kaczynski, has caused outrage with statements about alcohol consumption by women. The head of the right-wing populist PiS blamed alleged excessive drinking by young women for the low birth rate in Poland. For these statements he was sharply criticized by opposition politicians.

"If young women continue to drink as much as men of the same age by the age of 25, then there will be no children," the 73-year-old bachelor said on Saturday. "It takes a man, on average, 20 years of heavy drinking to become an alcoholic, a woman only two." Kaczynski says he based his claims on a doctor who has been able to cure a third of his male alcoholic patients, "but not women." .

Left-wing MP Joanna Scheuring-Wielgus dismissed Kaczynski's comments as "nonsense" and called him "a patriarchal old geezer". The liberal parliamentarian Katarzyna Lubnauer described the statements of the former head of government as "nonsense" that insults women. According to official statistics, the current birth rate in Poland is around 1.3 children per woman, below the EU average.

Critics argue that women in Poland are reluctant to have children for financial reasons and because of restrictive abortion laws.

In October 2020, Poland's highest court, with the support of the national conservative government, also declared the abortion of severely malformed fetuses to be unconstitutional and thus further tightened the already strict requirements.

‹ ›
Keywords:
NewsteamPolenKaczynskiJaroslawAlkoholikerPiSKrimiJaroslaw KaczynskiJaroslaw KaczynskisErklärung
Your comment has been forwarded to the administrator for approval.×
Warning! Will constitute a criminal offense, illegal, threatening, offensive, insulting and swearing, derogatory, defamatory, vulgar, pornographic, indecent, personality rights, damaging or similar nature in the nature of all kinds of financial content, legal, criminal and administrative responsibility for the content of the sender member / members are belong.
Related News