Together with Diputacion, Nijar will improve the streets and avenues of Campohermoso & San Isidro.

The last administrative step of the Diputacion de Almeria was taken before the work to improve the streets and avenues in the most populated areas of Campohermoso, San Isidro. 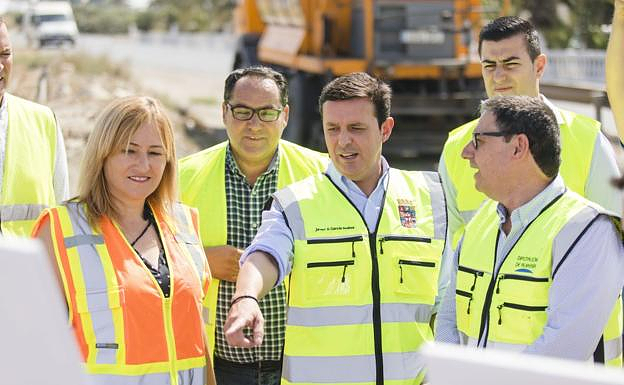 The last administrative step of the Diputacion de Almeria was taken before the work to improve the streets and avenues in the most populated areas of Campohermoso, San Isidro. Angel Escobar (vice president and deputy for Development) confirmed this and stated that 800,000 euros will be invested in the municipality to improve traffic safety and aesthetics as well as basic services within the different Nijareno towns.

Escobar spoke of the importance and value of the Provincial Plans, which "help municipalities improve their services and infrastructure, boost jobs, and carry out actions that municipalities would not be able to do alone." Nijar will thus save over 142,000 euros thanks to the loss that has been incurred in the award process.

The 2018 and 2020 Plans for sweeping and paving, improving adhesion, asphalting, and paving have provided 1.35 million euros to Nijar. The two plans, which were promoted by the Provincial Council, have reached roads in 103 municipalities that received more than 20,000,000 investment. They were 100% funded with their own funds.

‹ ›
Keywords:
NijarMejoraraAvenidasCallesCampohermosoIsidroJuntoDiputacion
Your comment has been forwarded to the administrator for approval.×
Warning! Will constitute a criminal offense, illegal, threatening, offensive, insulting and swearing, derogatory, defamatory, vulgar, pornographic, indecent, personality rights, damaging or similar nature in the nature of all kinds of financial content, legal, criminal and administrative responsibility for the content of the sender member / members are belong.
Related News