Today, Vera's mayor of Carboneras announces that he will pay alleged "bonuses".

Jose Luis Amerigo, the mayor of Carboneras (PSOE), will be summoned to Vera's Court of Instruction 1 this Friday to testify in the criminal case. 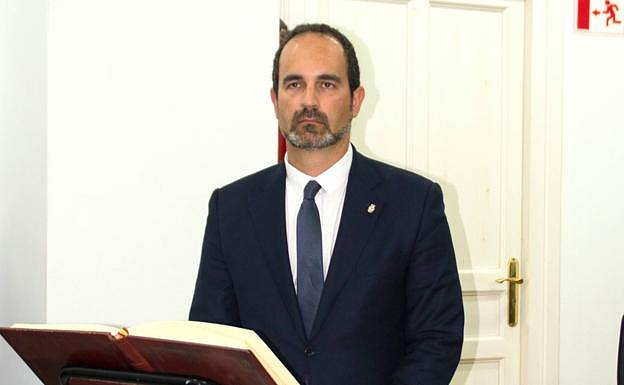 Jose Luis Amerigo, the mayor of Carboneras (PSOE), will be summoned to Vera's Court of Instruction 1 this Friday to testify in the criminal case. This investigation is into whether or not there was a crime in the payment of "complementary compensation" to the salary paid to civil servants of the City Council of Carboneras.

Ramon Soto, Councilor for Finance, Public Function and Personnel, must appear in court as an investigator. Felipe Cayuela (plaintiff and spokesperson for the municipal group "Carboneras Avanza"), made a declaration earlier.

After the complaint was filed by Carboneras Avanza's municipal spokesman, the preliminary proceedings were initiated in light of the possibility of continued crimes of embezzlement and prevarication of public funds under the supervision of the socialist government team.

The complaint alleges that the mayor and councilor, one from 2019 and the other from 2020, would have arranged "to detriment" to municipal coffers, "fraudulently", "productivity" supplementes in favor the national authorized of city council, and "extraordinary bonus and overtime" for "certain civil servants or labor personnel" of corporation.

According to the company, these economic amounts would have referred to "an ongoing expansion of the monthly economic compensation without any legal coverage", as they were "quantified non-objectively and ignored the legally established procedure".

According to the court's investigation, the payment was "proposed" in Ramon Soto's case while Amerigo would have made the "corresponding arrangement" for the payment through resolutions that he said "clearly violated the legally established procedure for it without relevant juridic-legal coverage or without any control".

It also specifies that the above-mentioned resolutions would have been made "without specifying any remuneration for the special performance, extraordinary activity, or the interest and initiative with which the concrete worker performs his job."

It also states that they would not have been issued without assessing productivity on objective circumstances directly related the the performance of the job and the objectives it was assigned. However, the statement emphasizes that the liquidation was "Fixed" in its amount, and "periodic in its expiration in case of national qualified workers, and does not justify the productivity of each individual position in the monthly payroll."

The complaint concerns extraordinary bonuses, such as overtime, for civil servants and labor personnel. It also stresses that they would have been "continually" suggested to the Councilor of Finance, Public Function and Personnel and "ordered for payment [by the mayor] after allegedly the equivalent request from the staff.

These circumstances, as stated, would have violated "clearly" the procedure legally established to it by not having "the relevant law-legal coverage or any control".

"It is obvious that the work done by each beneficiary of said productivity supplement in these monthly resolutions has not been valued individually. Evidently that resolutions were adopted in a general way to approve the payment for said productivity", he transfers to provide documentation of that attribution.

The complaint informs the judge that Amerigo, Soto had "arranged" to "obtain" public funds for the three authorized nationals as well as certain officials and employees of corporation. This would be considered an alleged crime for embezzlement of public resources for causing "serious harm to the public interest" and involving the disbursement public money for profit or to benefit a third person.

He concludes that "significant payments of economic amount have been made, both to productivity and for exceptional bonuses and overtime with no materialization or realization of the results. These payments were not merely formalized."

‹ ›
Keywords:
DeclaraVeraAlcaldeCarbonerasPagoPresuntosSobresueldos
Your comment has been forwarded to the administrator for approval.×
Warning! Will constitute a criminal offense, illegal, threatening, offensive, insulting and swearing, derogatory, defamatory, vulgar, pornographic, indecent, personality rights, damaging or similar nature in the nature of all kinds of financial content, legal, criminal and administrative responsibility for the content of the sender member / members are belong.
Related News