To promote autonomy, the Virgen del Rosario Residence will use the Montessori method 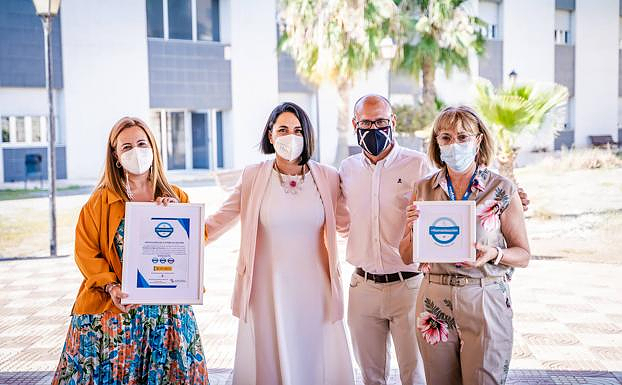 The Virgen del Rosario Nursing Home in Roquetas de Mar started the project called Humanization'. This will allow for the development of a new management system based on three pillars: care centered around people, a center that is free from restraints, and the use of the Montessori method whose goal it to promote individual autonomy.

This announcement was made at the 14th anniversary celebration of the installation, which was promoted by the City Council in its day. Gabriel Amat, the mayor, and other members of the municipal government team were there.

The registered and accredited quality seal "Humanization" was presented during this act. Maria Salmeron (CEO of the Andalusian Healthcare Services Society) explained that it is based upon strengthening empathy with users and is "the initial step to attain the implantation stamp or the consolidation stamp>>. The Nhuman suit is a aging simulator that allows caregivers and professionals to understand the needs of elders with disabilities. This was something politicians were also able experience during the act.

Amat emphasized the importance of staff members during the pandemic, and the need for continued improvement in services for the elderly. Paula Morales (director of the center) recalled the history of the center and said that they are striving to improve the care and attention given to the elderly. She also received the quality and awareness badge to ensure that we continue to work to provide more humane treatment.

‹ ›
Keywords:
ResidenciaVirgenRosarioAplicaraMetodoMontessoriFavorecerAutonomia
Your comment has been forwarded to the administrator for approval.×
Warning! Will constitute a criminal offense, illegal, threatening, offensive, insulting and swearing, derogatory, defamatory, vulgar, pornographic, indecent, personality rights, damaging or similar nature in the nature of all kinds of financial content, legal, criminal and administrative responsibility for the content of the sender member / members are belong.
Related News