"To my dear mother": the first words of the new King Charles III

King Charles III promised this Friday, September 9, during his first address as monarch, to serve the British all his life, taking up the commitment made by his late mother Elizabeth II on her 21st birthday. 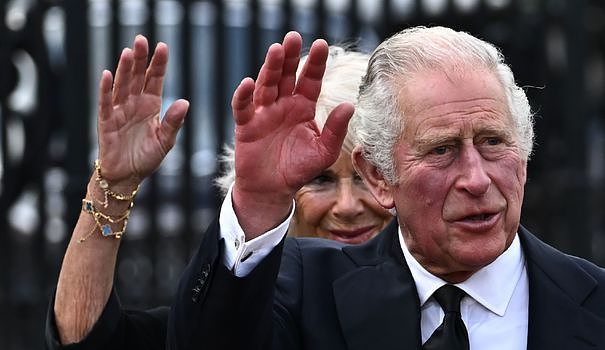 King Charles III promised this Friday, September 9, during his first address as monarch, to serve the British all his life, taking up the commitment made by his late mother Elizabeth II on her 21st birthday. "I renew before you this lifelong commitment to service," said Charles, paying strong tribute to the "life of service" of his mother who died Thursday, September 8 at age 96, to her "love of tradition ", his "fearless adherence to progress", but also his "warmth and humor".

In a televised address from Buckingham Palace, where he arrived in the afternoon, he called Elizabeth II, who had reigned 70 years, an "inspiration and example" for him and his family. “As the Queen had done with unwavering devotion, I too solemnly pledge myself now, throughout the remaining time God grants me, to uphold the constitutional principles which are at the heart of our nation,” a- he added.

He announced that his heir William would resume his title of Prince of Wales. "I also want to express my love for Harry and Meghan as they continue to build their lives overseas," said the sovereign, whose relationship is notoriously sour with his youngest son. Harry came alone Thursday, on a scheduled flight, to Balmoral where he arrived well after the announcement of the death of the sovereign, while the working members of the royal family, including his brother William, were transported by the Royal Air Force .

The new king underlined "the loyal public service" of his wife Camilla, now queen consort, but who suffered for a long time from her reputation as a couple breaker when Charles was married to Diana. "I know that she will be able to meet the demands of her new role with the unwavering dedication on which I count so much," he assured. “And to my darling mum, as you embark on your last great journey to join my dear late dad, I just want to say this: thank you,” added Charles III.