To discuss the future of Churriana de la Vega, the mayor meets with the delegate of the Government of the Board

Antonio Narvaez (the mayor of Churriana de la Vega) has paid his first visit to Pablo Garcia, the delegate of Government of Junta de Andalucia. 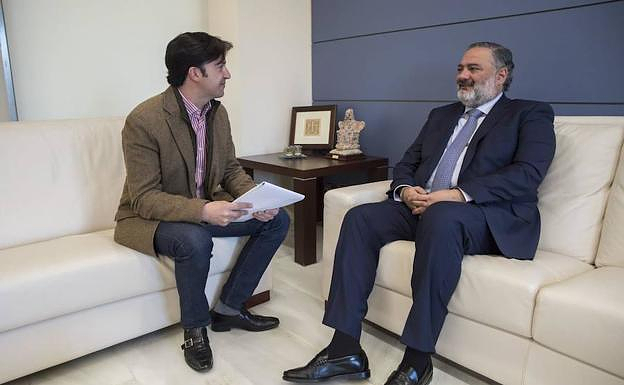 Antonio Narvaez (the mayor of Churriana de la Vega) has paid his first visit to Pablo Garcia, the delegate of Government of Junta de Andalucia. He sent him the needs of the city with the goal of achieving reforms and new infrastructures.

The extension of the Metropolitan to Churriana was first raised. It is located only 300m from the last stop. Many residents could benefit from intercity transport and transfers into Granada if there is a hitch or a new station.

Another topic discussed at the meeting was the restoration and enhancement the Arab Baths. This unique heritage item is a key element of the Churrian municipality. These baths, which are one of the most well-preserved in their three rooms, are able to add value to the city, opening up the doors for tourism and thereby promoting economic development.

Another topic was health, which was discussed to ensure that the town is not dependent on the services provided by the capital. Narvaez requested that the Churriana Health Center be provided with an emergency service. This is because the Center was built in a strategic communication area with the other municipalities. The building is large enough to allow for any type of improvement or reform.

The conversation was concluded with a discussion about the promotion and support of general collectors for general public sanitation. This would allow the purification wastewater. Pablo Garcia received all the requests and proposals from the mayor to help him start work and resolve any issues during this stage.

‹ ›
Keywords:
AlcaldeChurrianaVegaReuneDelegadoGobiernoAndalucíaHablarMunicipio
Your comment has been forwarded to the administrator for approval.×
Warning! Will constitute a criminal offense, illegal, threatening, offensive, insulting and swearing, derogatory, defamatory, vulgar, pornographic, indecent, personality rights, damaging or similar nature in the nature of all kinds of financial content, legal, criminal and administrative responsibility for the content of the sender member / members are belong.
Related News