Time for revenge for Rishi Sunak

Even the attempted comeback of his former boss Boris Johnson, a political bulldozer, could not stop him. 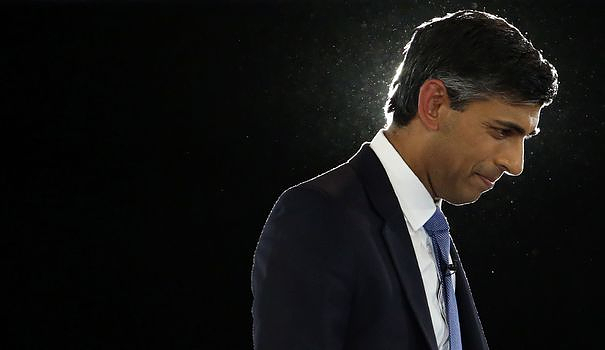 Even the attempted comeback of his former boss Boris Johnson, a political bulldozer, could not stop him. This former executive of the Goldman Sachs bank and 42-year-old ex-minister of finance rallied behind him an immense majority of deputies from the Conservative Party - in power - after a lightning campaign during which he did not pronounce a word in public, contenting itself with an announcement of candidacy by a simple tweet.

In the midst of an economic and social crisis, aggravated by the financial storm caused by the economic policy of the ephemeral Liz Truss, he finds himself propelled to Downing Street with credibility at the highest level.

Rishi Sunak had warned the Conservatives this summer that Ms. Truss' program was a "fairy tale" and that her massive tax cuts would lead to higher interest rates. This grandson of Indian immigrants with the typical course of the British elite had then seemed to give lessons and too centrist for the members of the Conservative Party.

The latter did not have a say this time and history proved him right. From now on, its budgetary prudence is reassuring.

A sign of his comeback, after nearly two months of media silence, he rallied most of Boris Johnson's support. A shame for the one who suffers from a reputation as a traitor: he had slammed the door of the government in early July, then followed by around sixty colleagues, forcing "BoJo" to resign after a series of scandals.

Rishi Sunak's success crowns a meteoric rise within the Conservative Party. Elected MP for Yorkshire (northern England) in 2015, he reached barely five years later, at 39, the coveted post of Minister of Finance, shortly before the arrival of Covid-19.

This early supporter of Brexit then gained popularity by distributing billions of pounds in public aid during the pandemic.

But his fortune, amassed during his career in finance and through his marriage to Akshata Murty, daughter of an Indian multi-billionaire, sometimes upsets, when the British tighten their belts. Like this video, which appears regularly, where, young, he laughingly admits to not having friends from the working class.

In recent years, his expensive costumes - always impeccable - and gadgets or his lifestyle in an opulent villa in his constituency, have regularly raised eyebrows.

Faced with these criticisms, this fan of the Star Wars saga willingly tells his family story, a success story as conservatives like them.

Born on May 12, 1980 in Southampton, on the south coast of England, Rishi Sunak is the eldest of three children and the son of a general practitioner in the public health system and a pharmacist. Born in India or of Indian descent, his grandparents emigrated from East Africa to the UK in the 1960s.

"My family emigrated here 60 years ago. (My mother) ran the local pharmacy in Southampton. That's where I grew up, in the shop, delivering medicine. I worked as a waiter in the restaurant Indian at the end of the street", he said during the last campaign. "I am here thanks to the hard work, sacrifice and love of my parents".

However, Rishi Sunak quickly rose to the elite by attending Winchester College, a very chic boarding school for boys. He then studied politics, philosophy and economics at the prestigious universities of Oxford, England, and Stanford, USA.

Before entering politics, he worked in finance, particularly at Goldman Sachs, and founded his own investment company.

This father of two daughters took an oath on the Bhagavad Gita, a Sanskrit text considered one of the fundamental writings of Hinduism, when he was elected deputy. It reaches Downing Street in the middle of Diwali, the Hindu festival of lights celebrating the arrival of autumn.