On the last Sunday in October, people turn the wheels and type on digital clocks and alarm clocks: the time change is approaching. 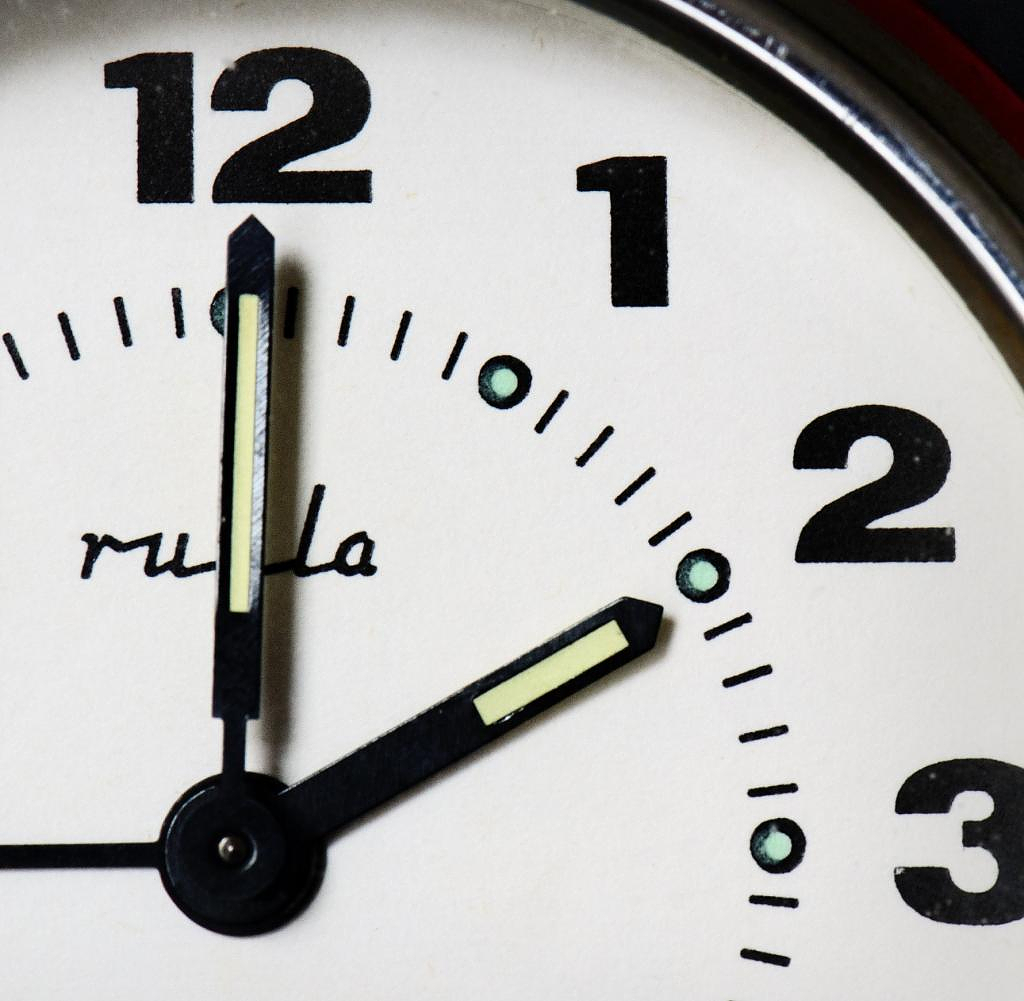 On the last Sunday in October, people turn the wheels and type on digital clocks and alarm clocks: the time change is approaching. This year it falls on October 30th. On the night from Saturday to Sunday, the clocks are turned back at 3 a.m. to 2 a.m. So the night is an hour longer and you can sleep an hour longer.

When the clock is changed in autumn, the actual normal time is restored - summer time has only been the legal time in Germany since 1980. It was introduced as a response to the oil crisis in the mid-1970s and ultimately to introduce a uniform standard in what was then the European Economic Community.

Since then, the clocks have been turned diligently every six months. The owners of radio-controlled clocks can count themselves lucky: These are based on the atomic clocks of the Physikalisch-Technische Bundesanstalt in Braunschweig and are automatically converted.

The signals are transmitted via a transmitter. In addition to private households, recipients are also the clocks of Deutsche Bahn, power plants and traffic lights. The clocks on most smartphones and computers today also automatically change to the new time. All other clocks must be reset manually.

This year's changeover to standard time will take place on Sunday, October 30th. At 3 a.m. the time jumps back one hour to 2 a.m.

Night trains have to spend the extra hour at a station along the route in order not to head for the following stations an hour early.

The clocks in Germany are expected to be put forward by one hour again on Sunday, March 26, 2023, around 2 a.m. and thus from winter to summer time.

Incidentally, according to the daylight saving time regulation, the double hour from 2 a.m. to 3 a.m. on October 30, 2022 is divided into hours 2A and 2B.

The time change was first introduced in 1916 in the German Empire, Austria-Hungary and Great Britain during the First World War. The switch to daylight saving time was intended to increase the period of usable daylight. In the time of the Weimar Republic, however, there was no change of time, only at the beginning of the Second World War were the clocks changed regularly again.

In Germany, the summer time regulation ended in 1949, before summer time was reintroduced in 1980 after the oil crises of the 1970s in the Federal Republic to save energy. The summer time regulation was also decided in coordination with the former GDR. The agreement was intended to prevent different times in Germany, especially in Berlin. Until 1995 it ended at the end of September, since 1996 it has lasted from the last Sunday in March to the last Sunday in October, as in all other member states of the European Union.

The time change is usually justified with better use of daylight and better quality of life, because - measured by the time - it is one hour longer in the evening during summertime. Even if it was introduced with this goal, the switch has no positive effect on energy consumption. Although some savings can be made in the summer due to the later onset of darkness, there are no major differences in the total consumption as heating is used earlier in the day in the winter.

However, the time change also has - at least in the short term - negative effects on human biorhythms. This is called mini jetlag. When traveling across different time zones, people need a few days to adjust to the new time. Since the body needs about a day to adjust for every hour of time difference, we also feel the difference in time. However, some study results also show more serious consequences. For example, the time change could worsen sleep disorders or increase the risk of heart attack.

According to a representative survey by Forsa for DAK-Gesundheit, which was conducted in September 2022, almost a third of those surveyed said they had health problems after the time change. 77 percent even voted for abolition, especially in the eastern federal states the rejection of the time change is great.

But it not only causes problems for people, it also poses an increased danger for wild animals. Deer crossing roads can lead to accidents, especially at dawn and dusk. Since deer and wild boar don't notice the time change, they are out and about an hour earlier from the end of October. Especially in rural areas, special caution is therefore required in the winter time, starting in the late afternoon.

One hour forward in March, one hour back in October – for decades the time has been changed twice a year in the European Union, and for just as long there has been a passionate debate about it in politics and society.

In a vote in March 2019, the EU Parliament voted to abolish the time change. 410 of the MPs voted in favour, 192 against and 51 abstained. This vote was based on an online consultation of EU citizens, in which 84 percent voted to abolish it. Majorities were only in favor of maintaining the changeover in Greece and Cyprus.

However, the decision of the EU Parliament is only an intermediate step in the actual legislative process. The adopted text only sets out Parliament's position for negotiations with EU ministers. It is now up to the Member States and they have the right to decide whether or not to abolish the time change.

However, this process appears to have stalled. Actually, the last changeover should take place in 2021, but the various member states cannot agree on a common position. Above all, there is disagreement as to whether Central European Time (CET), i.e. today’s winter time, or summer time should apply for the whole year. Depending on the geographical location, this decision can have a noticeable impact on the population. A European patchwork quilt should also be avoided. Such a situation could arise if different EU countries could decide between summer and winter time or the retention of the time change without prior agreement. It is currently still open when the clocks will actually be turned for the last time.

‹ ›
Keywords:
ZeitumstellungWinterzeitBiorhythmusNewzTexttospeechWeimarer RepublikSommerzeitKrimi
Your comment has been forwarded to the administrator for approval.×
Warning! Will constitute a criminal offense, illegal, threatening, offensive, insulting and swearing, derogatory, defamatory, vulgar, pornographic, indecent, personality rights, damaging or similar nature in the nature of all kinds of financial content, legal, criminal and administrative responsibility for the content of the sender member / members are belong.
Related News