With the "People Over Prime" campaign, 70 influencers of the social network, accumulating more than 51 million subscribers, launched a petition to put pressure on Amazon in the United States and push the company to meet the demands of the Amazon Labor union Union (ALU). 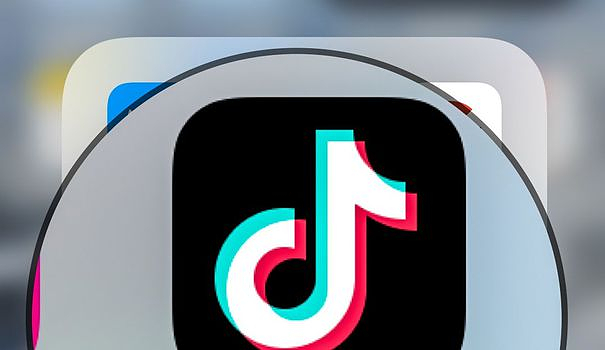 With the "People Over Prime" campaign, 70 influencers of the social network, accumulating more than 51 million subscribers, launched a petition to put pressure on Amazon in the United States and push the company to meet the demands of the Amazon Labor union Union (ALU).

In a letter addressed to the Seattle giant, the collective Gen-Z for Change, behind this initiative, announces that "until changes take place, we will prevent Amazon from monetizing one of the largest social networks in the world" .

Demands include a $30 hourly minimum wage, an increase in sick leave, and an end to union busting.

"Creators, especially TikTok creators are a gateway to young people. Amazon knows how powerful creators are and we are reclaiming that power," adds Ms. Joshi, followed by 3 million people on the sharing app. short videos.

Thanks to the Amazon Influencer Program, launched in 2017, the American group offers prominent users of different platforms (TikTok, YouTube, Instagram) the opportunity to earn money by recommending Amazon products to their subscribers on a personalized page.

It is this device that "People Over Prime" has decided to boycott in order to carry the demands of ALU.

The organization, which is not directly associated with the campaign, became Amazon's first U.S. union in early April at a warehouse in Staten Island, New York.

It failed to double down in May in a vote at another New York sorting center, but its officials denounced Amazon's propaganda and bullying strategy to derail the project.

Second largest employer in the United States behind the hypermarket chain Walmart, the group founded by Jeff Bezos has fiercely opposed, since its creation in 1994, attempts to unionize in the country.

"The health, safety and well-being of our employees is our number one priority," said Paul Flanigan, a spokesman for Amazon, in a statement sent to AFP in response to the influencer campaign. Tik Tok.

"We have invested billions of dollars in new security measures, technologies and other innovative solutions to protect our employees (...) We are committed to providing our employees with the resources they need to succeed in creating time for regular breaks and a comfortable work pace,” he added.

Arguments unconvincing for Elise Joshi, who describes them as "a standard response from a large company refusing to recognize legitimate allegations of workplace abuse and anti-union maneuvers".

“Their response shows how reluctant they are to listen to their employees and hopefully that means more creators will get involved,” she continues.

For the members of Gen-Z for Change, reaching out to tens of millions of young Internet users brings a special responsibility in the defense of social rights.

"We feel indebted because we have a huge platform and a passion for equity," said Connor Hesse, 19, content coordinator for Gen-Z for Change.

"This is a great opportunity to help Amazon employees and make their voices heard," adds the creator, proud of his 2.3 million subscribers on TikTok.

Amazon is the most recent target of the group of activists, who previously led actions to denounce the anti-unionism of the coffee chain Starbucks or the large retail group Kroger.

Influencers sent tens of thousands of bogus applications for positions of employees on strike or seeking to unionize and that the management of these companies wanted to replace.

For Aly, who runs the usa.mom.in.germany account (871,000 subscribers on TikTok) and signed the young creators' petition, a massive mobilization in favor of the rights of Amazon employees can have a snowball effect.

"Campaigns like People Over Prime will gain in speed and efficiency and other large companies will make changes upstream or become future targets," predicts this young American mother living in Germany.