TikTok and Instagram are the most popular apps in Spain.

Instagram and TikTok have been growing the fastest in Spain over the past year. 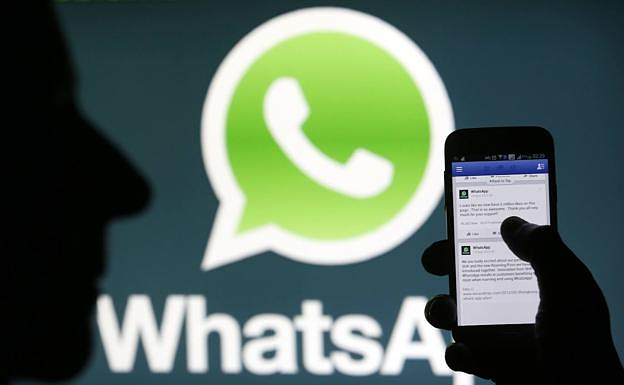 Instagram and TikTok have been growing the fastest in Spain over the past year. However, WhatsApp is still the most popular app since 2017. TikTok has grown 13 percent in the last year, based on its number of users. This means that while in 2020, 16% of Internet users used the app, this number has risen to 30% in the past year. This is evident in the "Study of Social Networks 2022" by IAB Spain. It also highlights the remarkable progress and penetration Tinder has enjoyed among Spanish Internet users over the past year. The study includes the top five applications that users use most frequently throughout the day.

TikTok is now fourth in popularity, but Tinder is up a lot more. It has moved up five places in a year from position 11, to fifth, putting it ahead of YouTube or Twitter in terms daily usage. The growth of the dating app coincided with the period of pandemics, when it was harder to meet people in leisure places. According to IAB, this can explain the consolidation of the app.

This study, which included minors aged 12-17 years, estimates that around 85% of Internet users use Social Networks. That's roughly 28 million Spaniards. This study shows that social networks are becoming more popular in Spain, particularly in the 18-24 age bracket, which has a penetration rate of 93%. However, the target with the lowest penetration is the one between 56-70 years. This group has a penetration rate of 79%. The study's presenters have noted that penetration is higher among women than it is for men (83% vs 88%).

WhatsApp remains the most popular app in all age groups. However, TikTok is second in preference by children aged 12-17 years. Those who spend more time connected to social media networks (18-24 years) only like 6% of respondents. The percentage of respondents between 55-70 years drops to 1%. However, TikTok's growth, according to Daniel Devai (Managing Director Europe at Epsilon Technologies), "shows the paradigm shift in content formats we are experiencing."

The study presented in Madrid this Wednesday shows that each target selects or prefers a particular social network based on their age and interests. While TikTok is popular among younger people, Facebook is more widely used and recognized by older users. It is true that, despite losing its followers (as has been the case since 2019), Facebook is still the second most popular application among Internet users aged 55-70 years. This is not true for younger generations. It is only 1% that Internet users aged 12-24 like it.

Despite all this, the use of social media networks is much less than it was in previous years. In particular, the average Spaniard spends one hour and ten seconds per day using social networks, with Internet users aged 18-24 spending the most time using these tools. This isn't a trivial fact.

There are also differences in how many applications each person uses during a given day. Although there is little to no difference in the number of applications used each day, women manage 4.7 networks while men only manage 4.4. The most active users are those between 12-24 years old. It is because, as BELEN pointed out, "as you get older, the number used for networks decreases".

However, users tend to follow accounts from their immediate surroundings, then "influencers". Brands are third, with half of the respondents being bothered by advertising on social networks, while 25% prefer to see content that is relevant to their interests.

‹ ›
Keywords:
InstagramAplicacionesCrecenEspaña
Your comment has been forwarded to the administrator for approval.×
Warning! Will constitute a criminal offense, illegal, threatening, offensive, insulting and swearing, derogatory, defamatory, vulgar, pornographic, indecent, personality rights, damaging or similar nature in the nature of all kinds of financial content, legal, criminal and administrative responsibility for the content of the sender member / members are belong.
Related News