The largest seagrass area in the world stretches around the Bahamas. 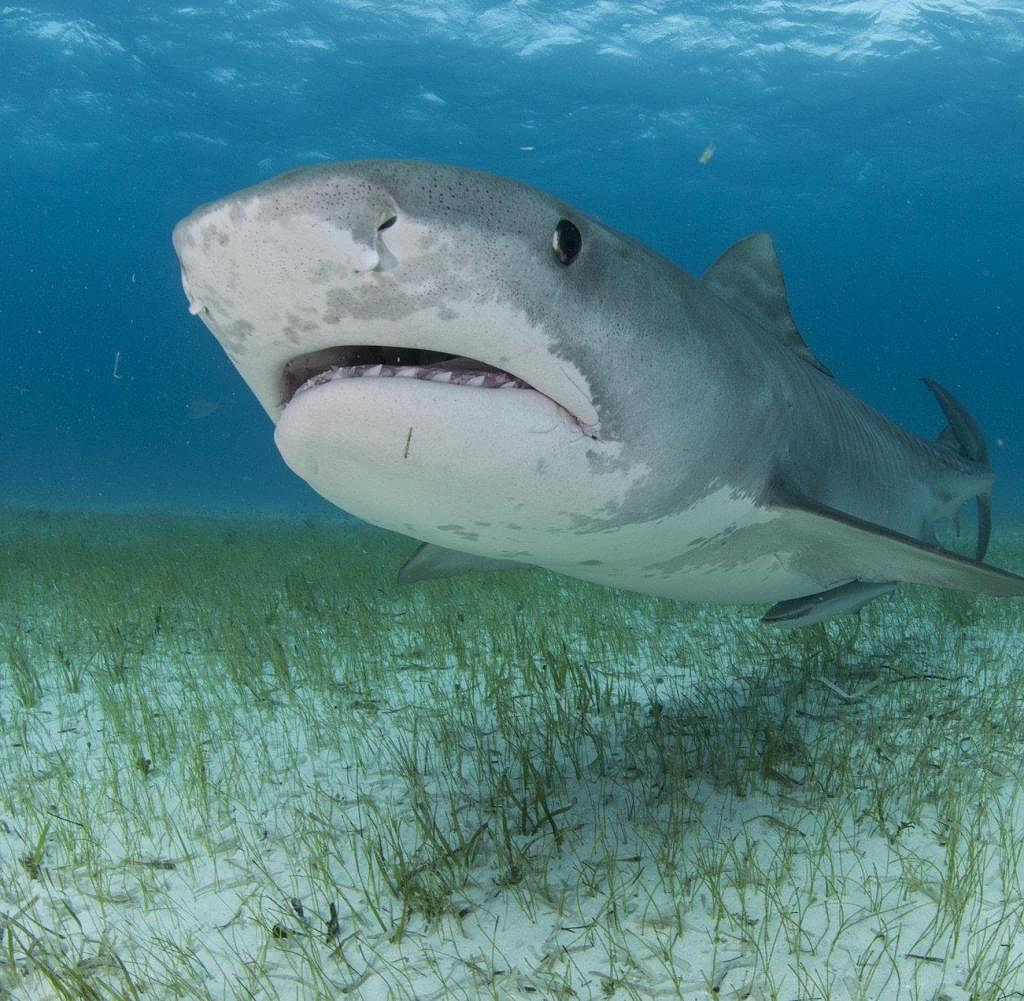 The largest seagrass area in the world stretches around the Bahamas. This is reported by an international research team in the journal "Nature Communications" after mapping by tiger sharks, among others. Knowledge of the extent of the seagrass meadows is important not least because these ecosystems in particular store enormous amounts of carbon from the atmosphere and thus dampen climate change.

Seagrasses are flowering marine plants found in shallow waters in many parts of the world, from the tropics to the Arctic Circle. In the form of extensive underwater meadows, they provide habitat for a variety of marine life and also act as a buffer against ocean acidification.

In addition, the plants store carbon from the atmosphere very efficiently: one square kilometer of seagrass stores almost twice as much carbon as forests on land - and 35 times faster. Employees at the Max Planck Institute for Marine Microbiology in Bremen have calculated that around 83 million tons of carbon are bound by seagrass meadows each year. This amount corresponds to the annual CO2 emissions of all cars in Italy and France.

However, the exact extent of the underwater meadows is currently unclear. Without this knowledge, it remains uncertain how significant their global carbon storage capacity is, writes the team led by US marine biologist Austin Gallagher from the marine conservation organization Beneath the Waves in Nature Communications. "This knowledge gap is a key reason why seagrass ecosystems remain underrepresented in marine protected areas."

To get a better picture, the research team used a new method to map the seagrass ecosystem of the Bahamas, north of Cuba. The researchers combined estimates of the local extent of the seagrass beds with satellite images and on-site investigations over the course of more than 2500 dives.

Most importantly, they put 15 tiger sharks (Galeocerdo cuvier) at the service of science: the animals, which have a preference for seagrass habitats, were equipped with transmitters and cameras to collect images of the sea floor. In total, the predatory fish covered a distance of almost 4,200 kilometers during the study period, penetrating areas that were inaccessible to human divers.

They calculate that the Bahamas seagrass alone could contain between a fifth and a good quarter of the carbon bound in seagrass beds worldwide. Overall, their estimates would increase the global extent of seagrass coverage by 34 to 41 percent, the marine biologists said. This underscores the importance of these ecosystems as globally significant carbon sinks.

The study also shows the advantages of using marine animals: "Tiger sharks proved to be better observers than humans and covered a greater distance per day, with the potential to capture important seagrass areas that overlapped with their natural habitat. "

In fact, a previous study had already explored how dugongs (Dugong dugon), i.e. manatees, or green sea turtles (Chelonia mydas) could be used to map seagrass areas. According to the authors of the study, such projects should be expanded to discover more seagrass habitats.

The team concludes, "Our work demonstrates the major knowledge gaps in the ocean ecosystem, the benefits of partnering with marine animals to fill these gaps, and underscores support for rapid protection of oceanic carbon sinks."

‹ ›
Keywords:
TiereHaieKlimaschutzMeereTexttospeechBahamasNature CommunicationSeegraswiesenTigerhaieKohlenstoffSmartphone
Your comment has been forwarded to the administrator for approval.×
Warning! Will constitute a criminal offense, illegal, threatening, offensive, insulting and swearing, derogatory, defamatory, vulgar, pornographic, indecent, personality rights, damaging or similar nature in the nature of all kinds of financial content, legal, criminal and administrative responsibility for the content of the sender member / members are belong.
Related News