The Asian tiger mosquito has been living in southern Europe for some time and has also been spreading in Germany for some time. 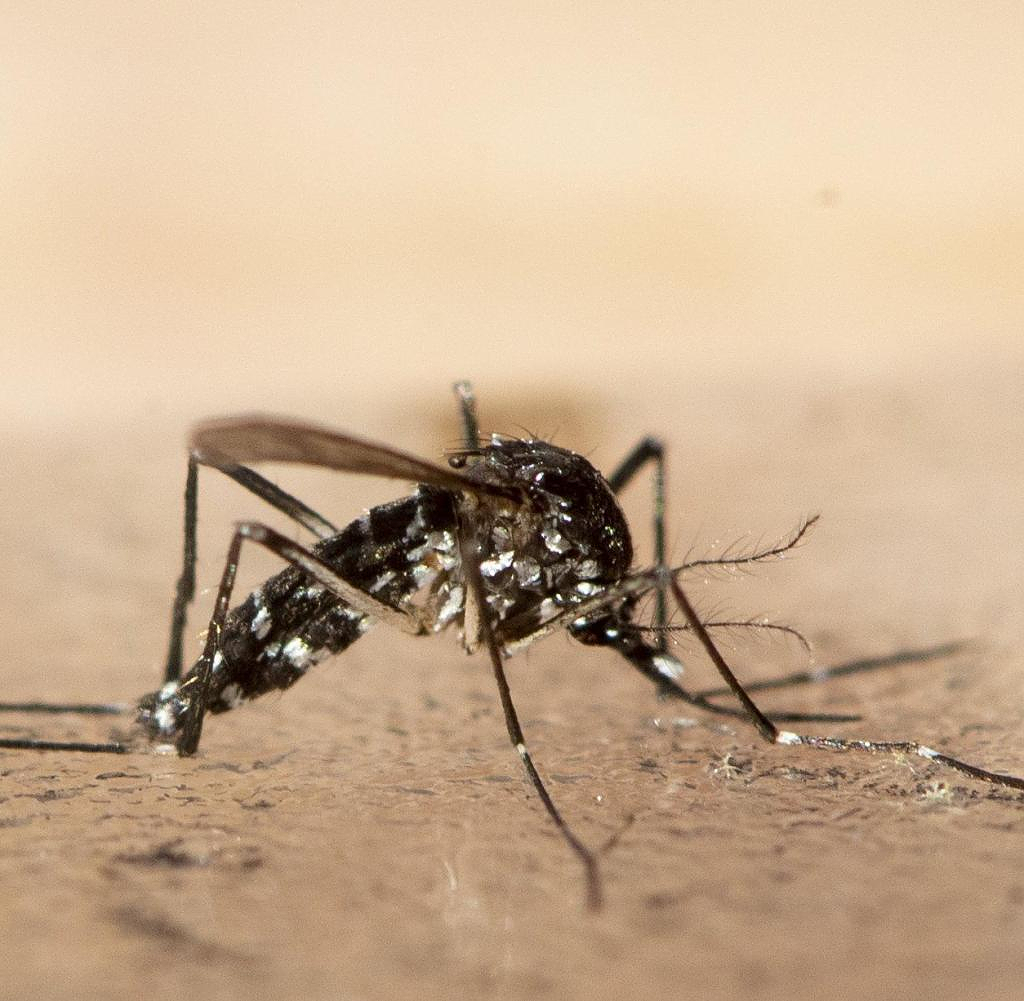 The Asian tiger mosquito has been living in southern Europe for some time and has also been spreading in Germany for some time. It transmits dangerous diseases. In central Italy, the species with the technical name Aedes albopictus occasionally lays eggs even in winter, a research team now reports in the specialist journal "Royal Society Open Science".

In the course of climate change, the animals threaten to breed all year round in several regions of southern Europe - which would immensely increase the potential for the spread of diseases. In some areas of southern Germany, too, the conditions for occasional egg laying in winter are likely to become more frequent in the coming decades, according to the research team.

The ability to reproduce year-round is a prerequisite for a mosquito-borne disease to become endemic—that is, persistent—in temperate regions. The Asian tiger mosquito was introduced to Europe in the 1970s and is now present in more than 20 countries on the continent, according to the study. It can transmit dozens of viruses, including potentially deadly pathogens such as dengue, chikungunya and zika viruses.

So far, there has been no known case of such an infection in Germany, but there are in neighboring countries - in southern France, for example, Zika infections caused by native tiger mosquitoes have been reported several times. There have been proven dengue infections in Madeira, Croatia and France, for example. Chikungunya outbreaks have also occurred in the Mediterranean region.

The mosquito species, originally native to the South and Southeast Asian tropics and subtropics, is also becoming increasingly comfortable in Germany. It was only in November that the municipal action group to combat the mosquito plague (Kabs) in Speyer reported that the species had spread significantly in the Upper Rhine during the summer months this year. The number of communities with an established population has doubled compared to the previous year. The drought didn't harm the mosquitoes, they found enough breeding opportunities in street gullies, for example.

Unlike native mosquitoes, the animals often use small water reservoirs, for example in the saucers of flower pots, and are particularly common in urban environments such as large cities. In this country, there are already several populations, especially in southern Germany. In addition, Asian tiger mosquitoes were detected again this year in a Berlin allotment garden. "A successful hibernation is thus proven and a permanent settlement is to be feared," said the Senate Department for Health.

In Italy, the species has already been detected in all regions. In order to estimate the future spread, the scientists led by Irene Del Lesto from the Istituto Zooprofilattico Sperimentale del Lazio e Toscana in Grosseto now examined the ability of the mosquitoes to breed in winter as well. In addition, they carried out computer simulations up to the year 2080 in order to deduce the development depending on the forecast weather conditions.

The team hung egg traps in the central Italian region of Lazio, which also includes the capital Rome. In winter - from the beginning of December to the end of February - a total of 469 traps were checked for eggs every 14 days from 2018 to 2022. A total of 87 ovipositors with 1113 eggs were found at 38 locations.

The scientists compared the egg-laying times with the average minimum temperatures in the weeks before. The threshold for sporadic oviposition is therefore around four degrees. According to previous studies, year-round breeding allows a minimum temperature of around ten degrees in January.

The further temperature development in the Mediterranean region was simulated with climate models. For the period up to 2080, minimum temperatures of eight to ten degrees in January are to be expected on numerous stretches of coast in southern Europe – especially in Portugal, Spain, Italy and Greece – even with low global warming. In some regions, more than ten degrees are possible and the tiger mosquito can breed all year round. If the warming were stronger, the minimum temperature of ten degrees would even be widespread on the coasts of southern Europe, according to the researchers.

A further spread of exotic mosquito species is also to be expected in Germany. According to the Friedrich Loeffler Institute, five new mosquito species have been detected nationwide since 2007, which have settled in this country.

Exotic mosquitoes have not been the only potential carriers of dangerous diseases in Germany for several years: three years ago, the Robert Koch Institute (RKI) recorded infections with the West Nile virus, originally from Africa, in sick people in Germany who were infected transmission by native mosquitoes decreased. One death was recorded for the first time in 2020.

Because the West Nile virus can overwinter in mosquitoes in Germany, experts expect the number of cases to increase and even larger seasonal waves of disease. There have been outbreaks of this kind for years in southern and south-eastern European countries.

‹ ›
Keywords:
DengueFieberZikaVirusMückenKlimawandelTexttospeechSüdeuropaEuropaAsiatische TigermückeItalienMittelitalienApple PodcastSüddeutschlandFachnamenGesundheit
Your comment has been forwarded to the administrator for approval.×
Warning! Will constitute a criminal offense, illegal, threatening, offensive, insulting and swearing, derogatory, defamatory, vulgar, pornographic, indecent, personality rights, damaging or similar nature in the nature of all kinds of financial content, legal, criminal and administrative responsibility for the content of the sender member / members are belong.
Related News