19-year-old Greta Thunberg announced during her visit to London that, in addition to her commitment to climate protection, she now also wants to fight the "oppressive" capitalist system in the West. 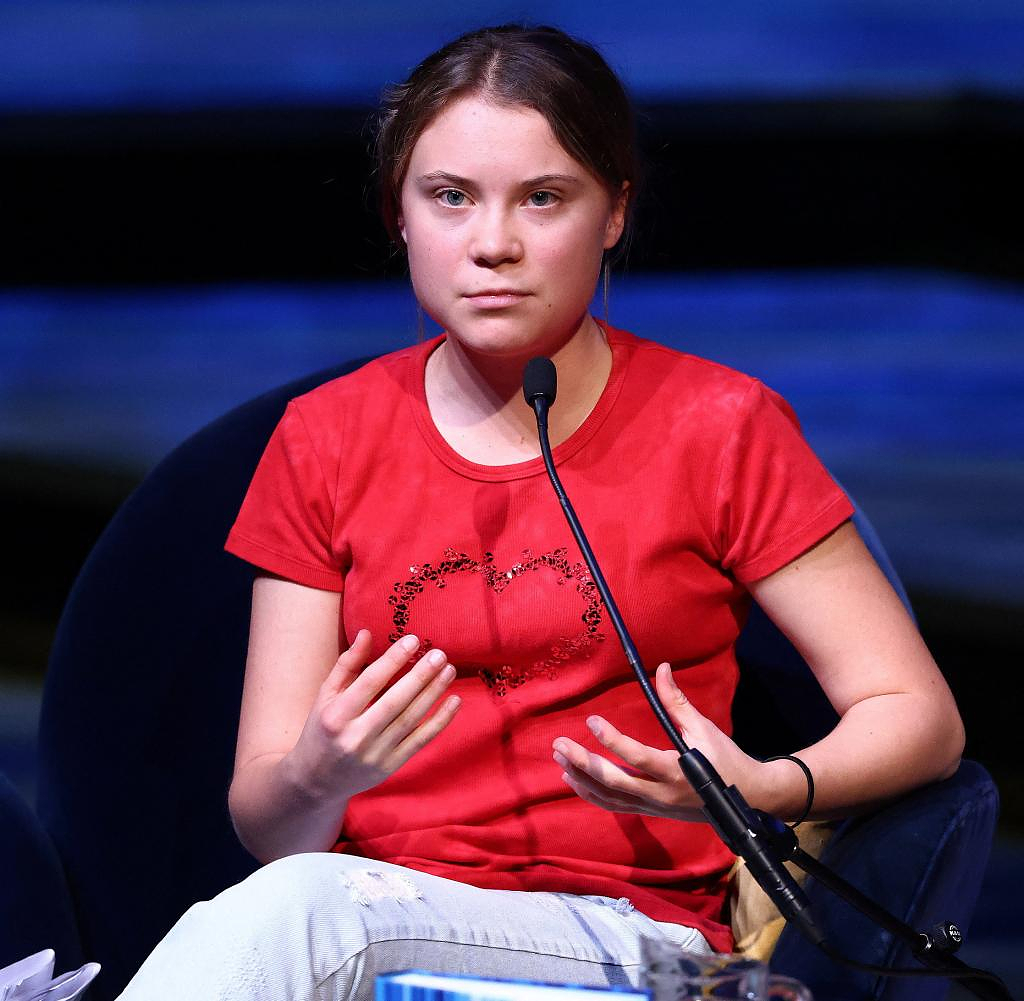 19-year-old Greta Thunberg announced during her visit to London that, in addition to her commitment to climate protection, she now also wants to fight the "oppressive" capitalist system in the West. The British newspaper The Telegraph first reported on it.

The Swedish activist traveled to London to present her new book The Climate Book at London's Royal Festival Hall. Thunberg decided to venture into political waters in her speech. Calling for a "system-wide transformation," she said the world's current "normalcy" -- dictated by those in power -- caused the climate collapse.

According to the young Swede, an extreme system based on the exploitation of people and the planet is considered normal. “It is a system defined by colonialism, imperialism, oppression and genocide by the so-called Global North to accumulate wealth and that still shapes our current world order.”

The climate crisis has its roots in a racist, oppressive extractivism that exploits both people and the planet to maximize short-term profits for the few. "If economic growth is our only priority, then what we are witnessing now should be exactly what we should expect."

Thunberg's appearance was controversially discussed and commented on on social media. Michael Shellenberger, an American author, wrote on Twitter that the "entire capitalist system" Thunberg was referring to "produces greater food surpluses than any other in history."

Thunberg told BBC journalist Samira Ahmed during a question and answer session of the evening that "fascist movements that offer simple, wrong solutions and scapegoats for complex problems are on the rise and becoming more and more normal".

When asked by the journalist if Thunberg thought it was that easy to legislate prohibiting things, she replied: "There are many things we can do, but while we're doing these things we're doing within our current systems can do, we need to recognize that we need a system-wide change.”

‹ ›
Keywords:
NewsteamThunbergGretaKlimaschutzAktivistenTexttospeechLondonThe TelegraphRoyal Festival HallSamira AhmedTwitterMusikGreta Thunberg
Your comment has been forwarded to the administrator for approval.×
Warning! Will constitute a criminal offense, illegal, threatening, offensive, insulting and swearing, derogatory, defamatory, vulgar, pornographic, indecent, personality rights, damaging or similar nature in the nature of all kinds of financial content, legal, criminal and administrative responsibility for the content of the sender member / members are belong.
Related News