Citizens' income has been prevented in the Federal Council for the time being, climate activists continue to stick to the streets and smear works of art in museums. 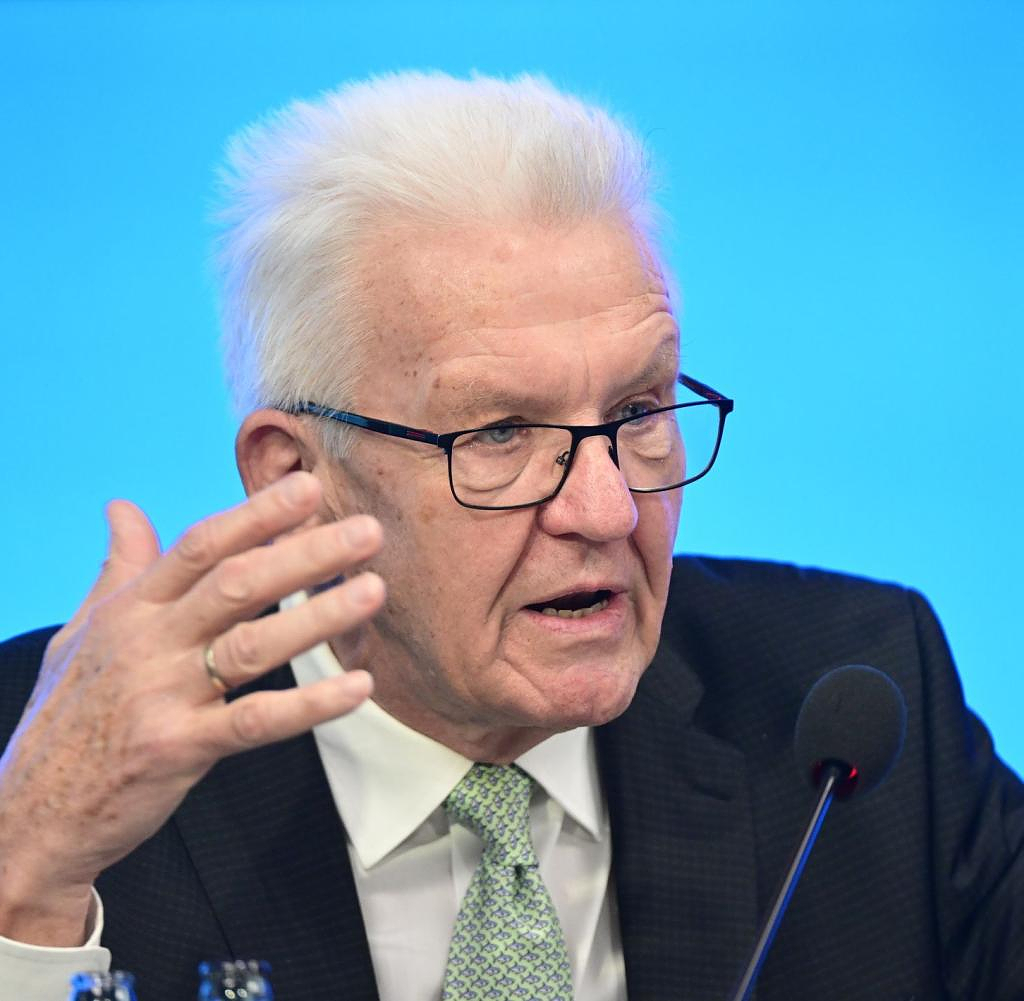 Citizens' income has been prevented in the Federal Council for the time being, climate activists continue to stick to the streets and smear works of art in museums. Sandra Maischberger spoke to her guests about these topics on Tuesday evening in her ARD talk.

Winfried Kretschmann, the only green Prime Minister (Baden-Württemberg), abstained in the Bundesrat and explained his reasons in an interview. Climate protection activist Aimée van Baalen argued with CSU politician Markus Blume about the limits of protest and civil disobedience.

Citizens' income is intended to replace the Hartz IV system. The traffic light coalition wanted it to be introduced on January 1st. But in the Federal Council, the Union stopped the project for the time being. Baden-Württemberg has abstained. Kretschmann has ruled the federal state in the south since 2011. In a coalition with the CDU for six years.

“We are two partners who have different views. We didn't get together and therefore abstained," explained the 74-year-old. A mediation committee on citizen income must now deliver a result so that citizen income can still come at the beginning of 2023, he said.

Possibilities of sanctions, waiting period, protective assets – these three points are important to the Union when it comes to citizen income, said Kretschmann. Now compromises have to be found. The Prime Minister did not want to name his own positions on the three points when asked by Maischberger.

Instead, Kretschmann dodged: "When negotiating, it's important to remain open." But since he's the only green politician on the mediation committee, it's clear: "I have to do well for us now."

At the end of the interview, Maischberger asked the Prime Minister about other issues. Kretschmann demanded that Boris Palmer be reinstated in the party with all his rights. The membership of the mayor of Tübingen is currently suspended because of his statements, for example about refugees, which are often viewed critically by party members.

Kretschmann did not want to run again as Prime Minister, he announced. The next state elections in Baden-Württemberg are expected to take place in spring 2026. At that point, Kretschmann would be 77 years old.

He likes Angela Merkel more than Olaf Scholz, said Kretschmann when asked. "I enjoyed working closely with her." But Olaf Scholz is now "the Federal Chancellor and of course we need him in the current crisis".

He understands that climate protection activists are stuck on the street, but: "If 85 percent of the population reject their action, then they damage forced climate protection instead of advancing it." The end does not justify the means, "that's the end of experience my left-wing extremist past,” said Kretschmann. As a student he was involved in the Communist League of West Germany and was close to Maoism.

He could not understand the protest, for example, by the organization "Last Generation", which is directed against paintings. "Throwing ketchup at works of art is completely pointless in terms of climate protection."

The climate protection activist van Baalen justified the actions of the "last generation". "It feels like it's drastic," she said in an argument with CSU politician Blume. Before that, she was involved with Fridays for Future and Extinction Rebellion, but now she wants to put her energy into protests and get politicians to act.

"Historically, civil resistance has meant that we can do many things that are possible today." One example is that women have been allowed to vote for 100 years. Today, however, politicians are breaking the self-imposed goals for climate protection, such as the Paris Agreement.

"We have exhausted all means," said van Baalen. "As a young woman, what else should I do than go to the protest? I signed petitions and appealed to politicians for years. That's what people have been doing for 30 years. The civil resistance is what I have left now.”

"Anyone who damages works of art and puts people in danger is a climate radical," said Markus Blume, Bavarian Minister for Science and Art. "If they chain themselves to coal-fired power plants, I would understand that. But not in works of art. That is completely irrelevant.” The climate protection activists would always remain in the theoretical, “but where it gets concrete, there is a big gap”. The activists would also want to dictate to the citizen what they had to do.

Van Baalen countered this sharply: "I don't tell the citizens what to do. It's not about the individual person. I want politicians to finally act on what they promised us. We missed the climate targets again. The problem is that the agreements are not being implemented.”

"We never go beyond the limits of violence," said the climate protection activist. "We have a code of values ​​that can also be viewed on the website of the "last generation". However, protest only works if it "causes a certain amount of friction and if it takes place in the middle of society".

Blume sees this as the problem: "I shiver that they say they have their own code of values. One can then also say that we have the law and order in Germany. But they have something of their own there.” Van Baalen interrupted him: “The code of values ​​is similar to the code of values ​​of the evangelical church, which has shown solidarity with us,” she said. It is correct: The Synod of the Evangelical Church had invited the activist van Baalen. There she gave a speech and received standing applause from a larger part of the delegates of the church parliament.

"But I haven't seen a church leader sticking to anything or blocking roads," said Blume. But Van Baalen had a priest up his sleeve: Jörg Alt. The 61-year-old Jesuit priest defends the "last generation" and has himself taken part in roadblocks in Nuremberg and Munich.

‹ ›
Keywords:
NewsteamKretschmannWinfriedAufstand Der Letzten Generation (Aktivisten)
Your comment has been forwarded to the administrator for approval.×
Warning! Will constitute a criminal offense, illegal, threatening, offensive, insulting and swearing, derogatory, defamatory, vulgar, pornographic, indecent, personality rights, damaging or similar nature in the nature of all kinds of financial content, legal, criminal and administrative responsibility for the content of the sender member / members are belong.
Related News