Is the plane doomed by climate change? The debate has been stirring the public sphere for several months, especially during the summer through the controversy over private jets, the use of which certain environmental organizations wanted to ban. 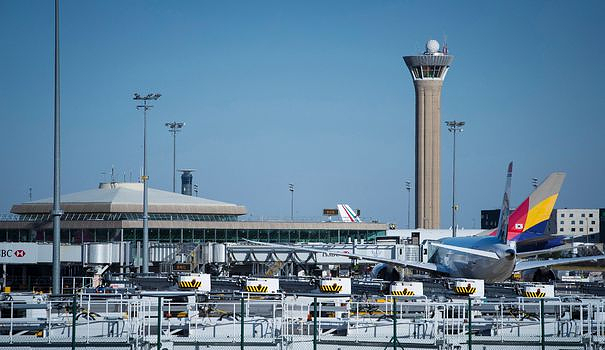 Is the plane doomed by climate change? The debate has been stirring the public sphere for several months, especially during the summer through the controversy over private jets, the use of which certain environmental organizations wanted to ban. The weight of civil aviation is indeed growing in global CO2 emissions, up to 3%, to such an extent that some are calling for a massive reduction in air traffic.

This is the case of one of the most influential experts in France on energy issues, Jean-Marc Jancovici. In an interview with France Inter last week, the member of the High Council for the Climate, also president of the Shift Project, called for drastic rationing. "The plane represents 8% of the world's oil, it was born with oil and will die with it. There is no technical solution on the scale (industrial, editor's note) to keep the few billion air passengers per year ". “I find that managing by quantities is more egalitarian than by prices,” explained the engineer at the time, adding that the number of flights achievable over a lifetime should probably be limited to three or four.

A proposal that makes the CEO of Voyageurs du Monde, Jean-François Rial, wince. The tailor-made and adventure travel specialist, which weighs 500 million euros in turnover, recognizes the urgency for the sector to decarbonize its activities. The company, which indicates that it compensates 100% for its activities by planting 3 million trees a year, calls however not to opt for too brutal regulations which would aim to cut off all its wings in the air.

L'Express: For several months now, the airline sector has been attracting attention. Its weight is growing in global emissions, and many are now calling for a massive reduction in air traffic. How do you receive the controversy?

Jean-François Rial: The subject is not simple. The plane has a double particularity vis-à-vis other human activities, it is that its weight in terms of CO2 per individual is very high, and that it is very complicated to decarbonize in a short time. The main criticism addressed by Jean-Marc Jancovici is that it is impossible for the aviation sector to decarbonize on the right scale. I disagree with him. There are processes, in synthetic fuels, in green hydrogen, which will allow us to decarbonize aviation. Where he is right is on time and cost. We will probably not succeed in limiting emissions to 1.5°C in 2050.

But Jean-Marc Jancovici does not go to the end of the reasoning. Because what applies to aviation, applies to digital technology, cement, agriculture, mobility in the broad sense... no one can say today that they will achieve their objectives on time and on time. ladder. The only decarbonization tool is electricity. To eliminate fossil fuels, it would be necessary to multiply by 12 the production of carbon-free electricity (nuclear, renewable energies and hydraulic). Achieving carbon neutrality in 30 years does not seem feasible to me given this massive need for carbon-free electrons.

So what we need is to buy time and therefore capture carbon. No one knows how to do it in the ocean. On land, it would be necessary to change the whole of agriculture, which is not at hand. So the trees remain. A 2019 study carried out by the Swiss Federal Institute of Technology in Zurich (quite criticized since, editor's note) judged that by planting 900 billion more trees compared to the current volume, we could absorb up to two thirds of CO2 emissions. since the industrial age. If you do only half of it, you neutralize the emissions generated each year for 20 years. If we simply made 25% of the total, which is a credible objective in my opinion, we would halve the net annual CO2 emissions for 25 years. We would save a lot of time. France should impose leadership on the subject.

It is a restorative bet that makes scientists skeptical. Even the boss of Aéroport de Paris, Augustin de Romanet, admitted a few days ago the need to overcome the race for volume in air transport and the questioning of certain uses of air transport...

But we are aligned. I think that everything must be done to reduce the impact of the plane, to limit connecting flights as much as possible, to electrify all airport activities on the ground, to favor the train when possible, provided that it is a reliable alternative. Today with the SNCF, you cannot even book your tickets three months in advance. It leaves you wondering. We also need to go further on aircraft energy efficiency, by increasing the share of sustainable fuels. The objectives are 5% in Europe in 2030, things have to go much faster.

A good way would be to make sustainable fuels mandatory for jets, which will allow the development of an industry to lower costs and increase volumes. If for a while we have to push consumers to travel less often, I'm not against it, but let's do it by price, not by regulation. We must penalize everything that generates overconsumption of air travel via taxes, and recover this product to finance the planting of carbon capture tools.

The question posed by the aviation debate is also that of the social utility of our modes of consumption and that of social justice, because aviation remains the work of an ultra-minority. What do you say to those who call for a carbon tax on air travel?

On the social utility of CO2, I was already talking about it to Jean-Marc Jancovici before he was known. Removing air transport means threatening 10% of global jobs, explaining to Sri Lankans, Egyptians and inhabitants of the Maldives, who live almost exclusively from tourism, that everything stops overnight. It cannot be denied either that aviation is an element of rapprochement between civilizations and peoples. Jean-Marc Jancovici is not wrong, we must sweep in front of our door and question all of our consumption habits. But then we must pose the debate in a global way on all human activities. Digital is 4% of greenhouse gas emissions.

Many of the uses associated with it are hardly "useful", socially speaking. This debate is very healthy, but let's not cannibalize it with the logic of quotas and brutal regulations. Look at what is happening in China with all the social control of individuals. It's worse than 1984. It won't work here. On social justice: there's no denying that flying is a mode of transportation for the wealthy. Personally, I think that a carbon tax on this activity with a logic of progressiveness is not absurd.