Thousands of protected seals have died in the Caspian Sea

After the discovery of around 2,500 dead seals in the Caspian Sea in the Russian republic of Dagestan, the cause of the largest mass death in ten years is still unclear. 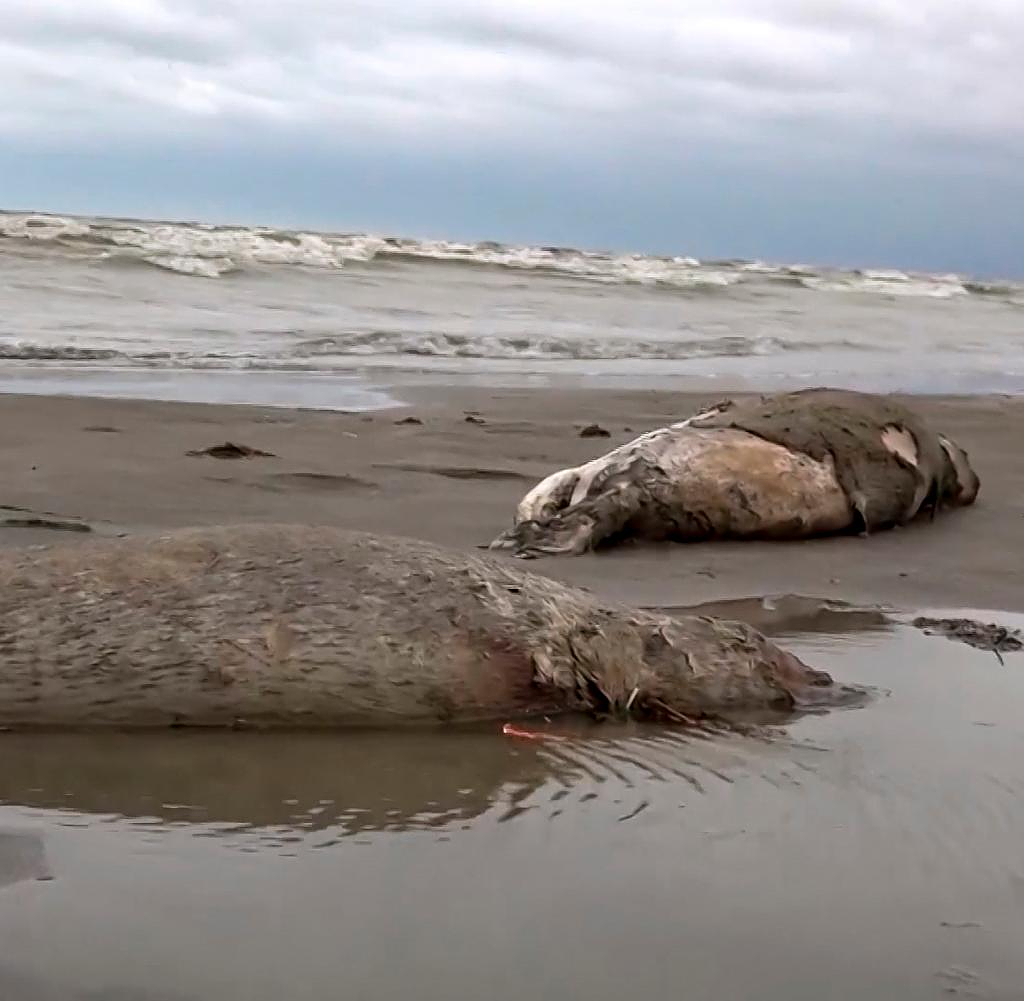 After the discovery of around 2,500 dead seals in the Caspian Sea in the Russian republic of Dagestan, the cause of the largest mass death in ten years is still unclear. Scientists are currently autopsiing the carcasses of the protected animals in the North Caucasus, Svetlana Radionova, head of the Russian nature conservation agency Rosprirodnadzor, said on Moscow's Rossiya-24 television channel on Monday. There are indications that the animals died from a lack of oxygen.

According to the official, escaping gas could have led to the disaster. So the animals could have suffocated. Investigations into the deaths of the protected animals are ongoing. There are no signs of external violence, said Radionova. Conservationists, on the other hand, believe it is unlikely that so many animals would die at once from a lack of oxygen.

The Russian expert Vitalij Kovalev, who heads the Caucasus program at the German Nature Conservation Union (Nabu) and maintains direct contact with environmentalists on the Caspian Sea, said that an epidemic was more likely to be the cause of the mass deaths. "It is clear that the animals did not all die at the same time," he told the German Press Agency. Because of the stormy weather, finding the cause on the high seas is not easy. It is also likely that more animals would be found. "A gas leak can theoretically be a reason, but not as extensively as we see it now. The source would have to be huge.”

The carcasses were found in different parts of the coast, Kovalev said. It could be a virus. Tissue samples would have to be taken to prove this. The expert said that the thesis of natural causes - as now with the lack of oxygen - is repeatedly put forward by the Russian authorities. However, independent scientists doubted it.

The Caspian seal has been an endangered species since 2008 and is under special protection. According to animal rights activists, their population has declined by around 90 percent over the past 100 years, as Kovalev determined for the Nabu. Reasons for dying are also the pollution of the Caspian Sea, where oil and gas is produced, for example. According to experts, the animals are dying from oil leaks, poaching and overfishing.

"This is the largest mass extinction of the Caspian seal in the last ten years. The reasons will be determined after conducting laboratory tests of the pathological material of the dead animals," said the Dagestani Ministry of Nature Protection in the capital Makhachkala on Sunday.

Many carcasses of dead seals are found every year at the largest salt lake in the world. In retrospect, however, the talk is of hundreds and not - as now - of thousands of dead specimens. Environmental experts close to the government also called for an explanation of the mass deaths. Authorities had revised the number of carcasses found upwards several times over the weekend. They did not rule out that it will increase significantly.

According to Nabu, the Caspian seal was included in the International Union for Conservation of Nature (IUCN) Red List of Threatened Species in 2008 and is currently classified as critically endangered. There is no reliable data on the actual population. According to independent estimates, there are 68,000 of originally over a million animals in the entire surface of the Caspian Sea. On the other hand, the Russian authorities speak of hundreds of thousands of remaining copies. They said the deaths of thousands of animals like this are of no consequence.

‹ ›
Keywords:
Kaspisches MeerRobbenRobbensterbenNewsteamRote ListeTexttospeechNordkaukasusDagestanRosprirodnadsorSwetlana RadionowaWattenmeerRusslandGesundheitKaspischen MeerApple PodcastKaspische RobbeNabu
Your comment has been forwarded to the administrator for approval.×
Warning! Will constitute a criminal offense, illegal, threatening, offensive, insulting and swearing, derogatory, defamatory, vulgar, pornographic, indecent, personality rights, damaging or similar nature in the nature of all kinds of financial content, legal, criminal and administrative responsibility for the content of the sender member / members are belong.
Related News