Thousands of participants in warning strikes in the north

According to IG Metall, around 4,400 employees in 15 companies took part in warning strikes in the wage conflict in the metal and electrical industry on Tuesday. 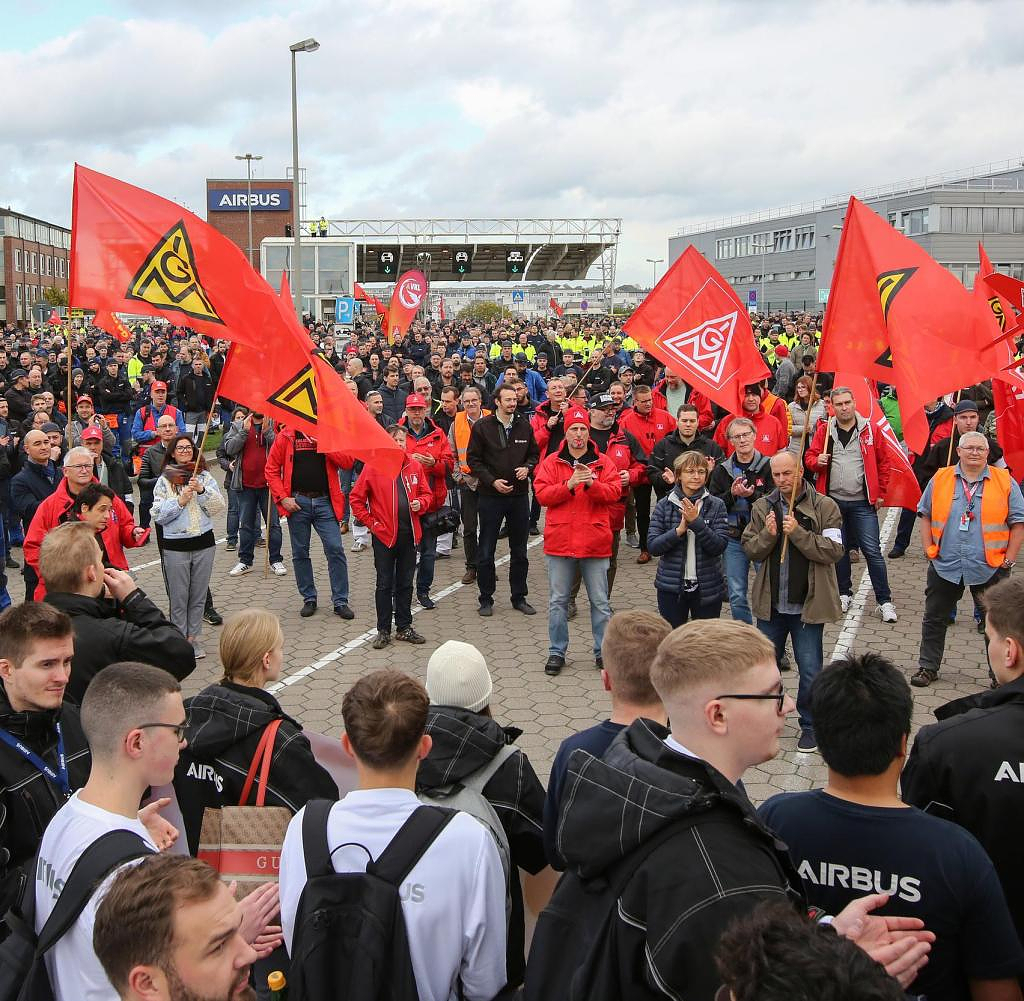 According to IG Metall, around 4,400 employees in 15 companies took part in warning strikes in the wage conflict in the metal and electrical industry on Tuesday. At Airbus in Hamburg-Finkenwerder alone, there were around 3,000, reported a spokesman for the IG Metall coast district. Further work stoppages and rallies are planned for Wednesday in 17 companies. As on Tuesday, companies in Hamburg, Schleswig-Holstein and north-western Lower Saxony are affected.

“The workers are ready to fight for their demand for eight percent more money. The first warning strikes show that,” said district manager Daniel Friedrich according to the announcement. "In the course of the week we will add a lot more, so that more will come from the employers in the next negotiation."

Nordmetall negotiator Lena Ströbele called on the union to end the warning strike calls and to participate in a solution at the negotiating table. “Every hour of warning strike costs the affected companies money and time. In doing so, the union is only exacerbating the situation, but is not contributing to the urgently needed compromise that companies and employees now need,” criticized Ströbele. "Once the union is willing to talk about a significantly longer term, we employers have leeway for a permanent salary increase in the form of an adjusted spreadsheet, on top of the inflation compensation payment already offered in full."

In the district of the coast, with around 130,000 employees, the fourth round of negotiations will take place on November 10th in Hamburg. Parallel to other districts, negotiations were last held in Bremen on Thursday.

The employers have offered one-time payments of 3,000 euros and an unspecified increase in the wage tables for a period of 30 months. The one-off payment should reach the employees directly, free of taxes and duties. The union, on the other hand, is demanding eight percent more money for the approximately 3.9 million employees nationwide for a period of twelve months.

‹ ›
Keywords:
HamburgIG Metall (Industriegewerkschaft Metall)WarnstreiksTarifverträge Einzelner BranchenTexttospeechAirbusNiedersachsenKarriere
Your comment has been forwarded to the administrator for approval.×
Warning! Will constitute a criminal offense, illegal, threatening, offensive, insulting and swearing, derogatory, defamatory, vulgar, pornographic, indecent, personality rights, damaging or similar nature in the nature of all kinds of financial content, legal, criminal and administrative responsibility for the content of the sender member / members are belong.
Related News