This tunnel saved many from the attack of the 969 bombers

Helgoland gets a new old attraction. 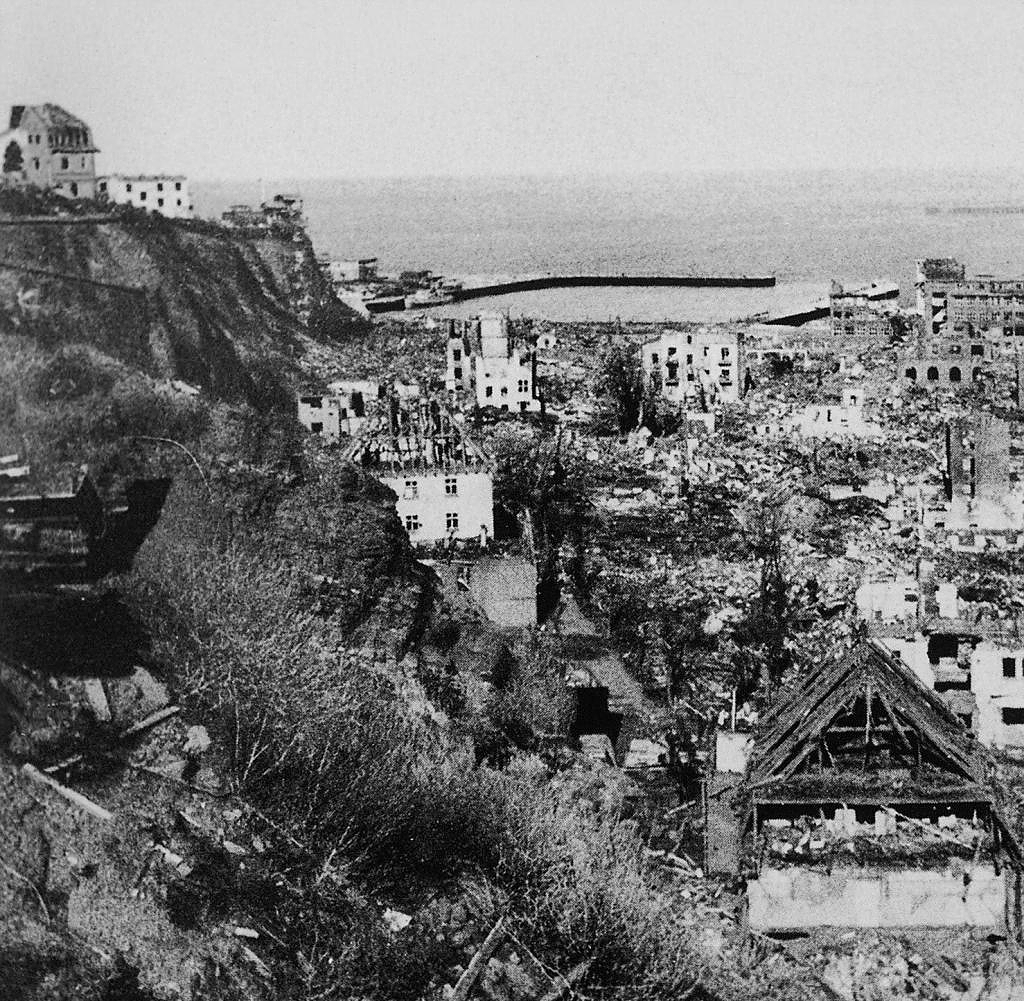 Helgoland gets a new old attraction. Officially on December 7th, but in fact only at the beginning of 2023 due to the last work still to be done, an old bunker tunnel on the North Sea island will open as a history project. It was originally supposed to be accessible since the summer, but this was not possible. The exhibition in the tunnel should tell visitors about the fate of the island and its inhabitants, said the head of the Helgoland Museum, Jörg Andres. The costs were around 3.5 million euros.

The tunnel was driven into the rock within two years during the Second World War. It was actually a connecting passage, explains Andres: "People in the lowlands could flee into this and then get underground to their bunker sites in the highlands."

The entrance is in the middle of town, by the elevator that connects the so-called Unterland with the Oberland. Visitors will be able to walk through the tunnel independently and receive information at audio stations, pictures or boards as well as through original exhibits. Façade remains, old cutlery and the model of a submarine symbolize the eventful history of the island.

The rocky island in the middle of the German Bight has only belonged to Germany since 1890; before that she had been in Danish and British ownership, among others. Contrary to a misunderstanding that is often read, Helgoland was not exchanged for Zanzibar; Rather, the treaty of July 1, 1890 was about a complicated exchange of interests between Germany and the British Empire, with various colonies in Africa playing the main role.

Strategically located around 50 kilometers from the mouth of the Elbe, a Royal Navy base on Heligoland could have seriously affected a German war fleet. Conversely, an advanced base on the island was important for the German Navy. Therefore, Kaiser Wilhelm II immediately had the island expanded into a naval base. During the First World War, two of the rather rare naval battles between British and German ships took place off Heligoland in 1914 and 1917.

According to the Versailles Treaty, Germany was obliged to raze Heligoland's fortifications. But that only happened superficially, so that from 1934 there were enough starting points to expand the island into a naval base again. Because it was clear from the war of 1914 to 1918 that such fixed targets would be particularly vulnerable to enemy attacks, whether by battleships or from the air, shelters for the population on the island were also created. A huge submarine bunker was also built, where up to six boats could find shelter at the same time.

At noon on April 18, 1945, 969 aircraft from the RAF Bomber Command attacked Heligoland – 617 four-engine Avro Lancasters, plus 332 of the slightly older Handley Page Halifax type and 20 DeHavilland Mosquito markers. The aim of the major operation was the naval base, the airfield and the residential areas. The attack was precise; the target area has been transformed into crater-like lunar landscapes. There was hardly any resistance, only three Halifax machines were lost.

The attack had a clear goal: to eliminate Helgoland as a possible retreat for German troops. Because the advance of the British army in north-west Germany had squeezed the Wehrmacht into a narrow strip from Friesland in the Netherlands to Hamburg. A conceivable alternative would have been to move as many troops, weapons and supplies as possible to the rocky island, which was almost impossible to conquer by an invasion. In fact, there weren't really any such plans.

On the contrary, the day after the attack, the Kriegsmarine evacuated the surviving civilians; Despite bomb-proof tunnels and bunkers, 285 people lost their lives, mostly soldiers, but also twelve non-combatants. The remaining soldiers stayed on the devastated island. It was not until May 11, 1945, one week after the surrender of all German troops in north-west Germany and three days after the total surrender of the Wehrmacht, that British troops came to Helgoland and occupied the island.

Almost two years later, at noon on April 18, 1947 at 1 p.m., British engineers from the cable-laying company HMS "Lasso" ignited around 6700 tons of looted ammunition that had been distributed throughout the island, in bunkers and tunnels. The explosion released as much energy as 3.2 kilotons of TNT - it was the largest non-nuclear man-made explosion in world history up to that point.

Despite huge damage, Helgoland also survived this detonation. In 1952 the island was returned to the Federal Republic of Germany; since then it has belonged to Schleswig-Holstein and lives mainly from tourism. At the end of 2021, the island had almost 1,300 registered residents. In Schleswig-Holstein, Helgoland is in second place among all municipalities in terms of tax revenue - a result of the strong tourism. Which is to be increased somewhat by the now restored tunnel.

‹ ›
Keywords:
II. Weltkrieg (1939)HelgolandWeltkrieg2LuftschutzLuftschutzbunkerZweiter WeltkriegLuftkriegTexttospeechMuseum HelgolandJörg AndresFacebookElbmündungRoyal NavyExplosionBunkerstollenTerrorismus
Your comment has been forwarded to the administrator for approval.×
Warning! Will constitute a criminal offense, illegal, threatening, offensive, insulting and swearing, derogatory, defamatory, vulgar, pornographic, indecent, personality rights, damaging or similar nature in the nature of all kinds of financial content, legal, criminal and administrative responsibility for the content of the sender member / members are belong.
Related News