The teachings of Zarathustra were the state religion of great and successful empires. 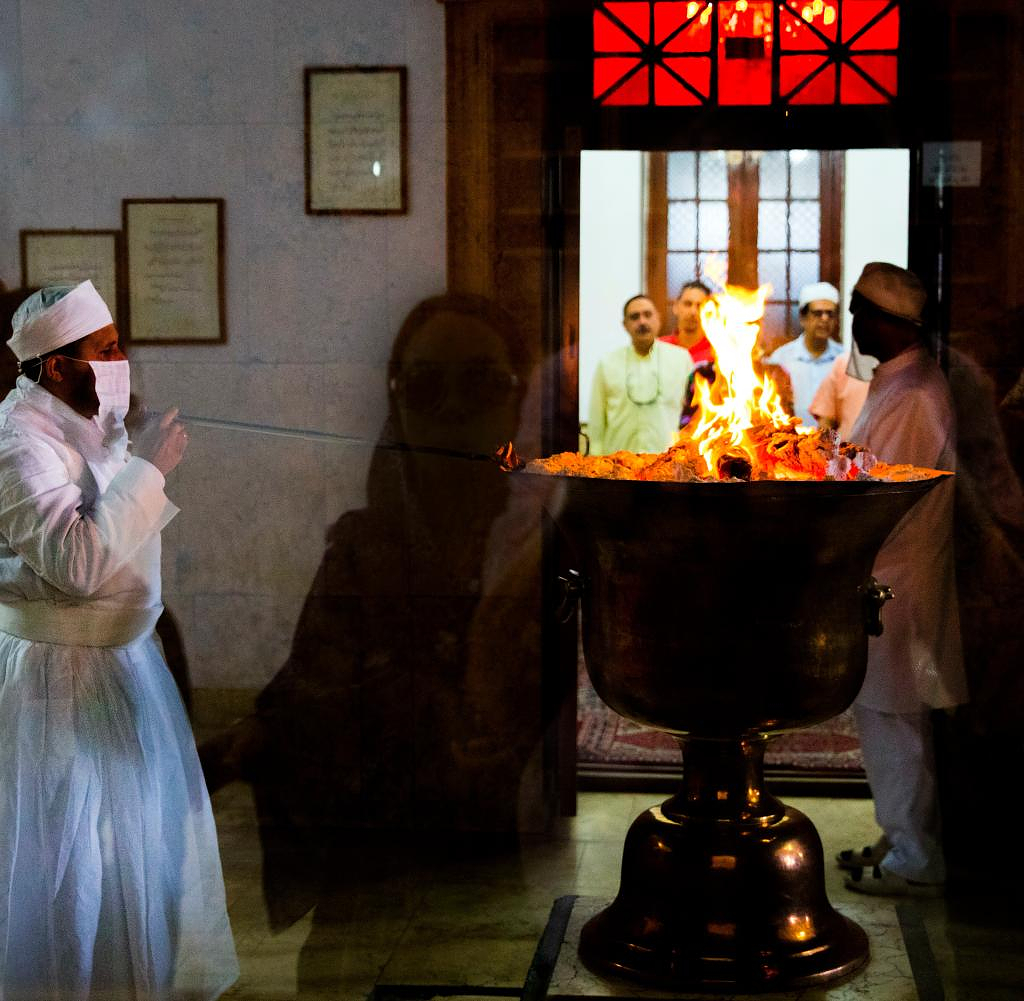 Zoroastrians are sometimes called monotheists because they worship Ahuramazda (Ohrmazd) as the supreme all-encompassing deity. The one god thing certainly made it easier when the Zoroastrians had to assimilate into the Islamic Empire in the 8th century.

Ahuramazda embodies the pure and the good, but has a sinister opponent, Ahriman, who wants to destroy the creative work. Or rather, he has to, because Ahriman can't get out of his role either. Thus the fate of the cosmos becomes a perpetual struggle between the powers of light and those of darkness.

When one considers how this dualism affects earthly life, one understands why it was so well suited as a state ideology: the king embodies the power of good, light and truth. His opponents those of evil, darkness and lies - which means "drug" in Persian and reminds us how related this language is to the Germanic languages. It is necessary to combat lies and deceit.

For the Achaemenid Empire (6th to 4th centuries BC) and its heirs, the Parthian (1st century BC to 2nd century AD) and Sasanian (3rd to 4th centuries AD) kingdoms 7th century AD), every uprising, every political unrest was an expression of the forces of evil. And while they tended to be tolerant on religious issues, they showed no mercy when it came to politics: Evil had to be fought mercilessly, and its representatives were to be crucified coram publico.

Greek authors such as Plutarch even report a method of execution called scaphism, in which the delinquent was forced into a trough and fed all kinds of delicacies there for days. Until he was eaten alive in his own excrement by maggots and worms. (It is not known whether the method was ever used in the way Plutarch reports. Apparently, however, it did not fail to have a deterrent effect and even found its way into the Sherlock Holmes crime stories.)

Truth or lies, light or dark - one is reminded of the famous sentence of US President George W. Bush, who declared to the world after September 11, 2001: "Either you stand with us or with the terrorists!"

The Persian empires of the Achaemenids, Parthians and Sassanids ruled the Middle East for more than a millennium. Coincidentally, it was those 1000 years in which Judaism formed its central body of thought, Christianity arose and finally Islam took shape. The Persians took over Babylon and allowed the Jews to restore the Temple of Jerusalem.

Christian communities were already emerging under their rule, while the teachings of the Apostle Paul were still being followed in the Roman Empire. The Sassanids even ruled over large parts of the Arabian Peninsula, along the Gulf Coast and into Yemen. So nothing would be more obvious than that the ideas of Zoroastrianism would also have had an impact in this cultural area.

We often hear that Judaism, Christianity and Islam are related - that one religion refers to the other. Zoroastrianism seems to fall through the cracks, and there are some striking parallels. Starting with the image of God: Ahuramazda is not a quick-tempered, but a moral God. In contrast to some of his oriental contemporaries, he does not allow himself to be taken in by sacrifices, but rather embodies the principle of what is absolutely right and good.

In our journey to Babylon we have already seen Yahweh, the local god of war of the Israelites, in one of his first appearances as an almighty and omnipresent ruler. This idea could also have been derived from the world view of the Persian Zoroastrians.

Another parallel is the figure of Ahriman (Angra Mainyu) - God's opponent mentioned above, the "spirit that always denies", to use Goethe's Faust. Christian tradition knows him as the devil incarnate: Satan, a fallen angel who disobeyed God and was therefore cast out by him. According to Christian legend, he is identical with Lucifer, the "bearer of light".

Early Judaism does not know such a Satan, but it does know a fire angel named Samael. One of the most famous dialogues in the Old Testament is found at the beginning of the book of Job. Here God and the great adversary make a bet as to whether or not Job will keep the faith despite the immeasurable suffering that is poured out upon him. The scene also inspired Goethe for his "Prologue in Heaven"; the book in question probably dates from after the Babylonian exile.

It seems that the devil migrated from the Zoroastrian worldview to the Jewish and later to the Christian: Ahriman "strove to obtain the light for himself and to dispose of it in the same way as he did the darkness," says one Zoroastrian script.

And finally, what would become of a belief that demands moral behavior but cannot threaten sanctions? Anyone who sins against their fellow human beings in this world will receive the reward in the hereafter. The Zoroastrian writings describe a place that arguably provides the basis for the Christian concept of hell.

Although this also has other properties: there are no souls burning, but shivering. It's bitterly cold. A special nastiness: In the Zoroastrian lore of Hell, the others are invisible, so everyone thinks they are alone. "Why did I end up here, and only I?" Jean-Paul Sartre says: "Hell, that's the others." The Zoroastrian image of hell is a fascinating, almost ironic reversal of this philosophy.

A fascinating Zoroastrian text, the Middle Persian book of the just Wiraz, tells of a soul's journey through heaven and hell, which can be read like a template for Dante's Inferno. From this one learns something about the register of sins that leads to punishment in hell - for example, who does not recognize an illegitimate child, does not pay his craftsmen the wages, to name just a few.

Then there are judges who take bribes, women who practice magic, couples who copulate during menstruation. But also those who kill beavers, repeatedly pee standing up or walk around with only one shoe. Life as a moral institution also holds certain surprises.

Daniel Gerlach is an orientalist, editor-in-chief of the Middle East magazine "Zenith" and director of the Candid Foundation in Berlin. The text is an excerpt from his book "The Last Secrets of the Orient", which was recently published by C. Bertelsmann.

‹ ›
Keywords:
ReligionsgemeinschaftenIranZarathustraIslamChristentumHölleTexttospeechSherlock HolmesCandid FoundationOrientYazdBabylonIslamische ImperiumZenithSatanAlte TestamentZoroastrierMusik
Your comment has been forwarded to the administrator for approval.×
Warning! Will constitute a criminal offense, illegal, threatening, offensive, insulting and swearing, derogatory, defamatory, vulgar, pornographic, indecent, personality rights, damaging or similar nature in the nature of all kinds of financial content, legal, criminal and administrative responsibility for the content of the sender member / members are belong.
Related News