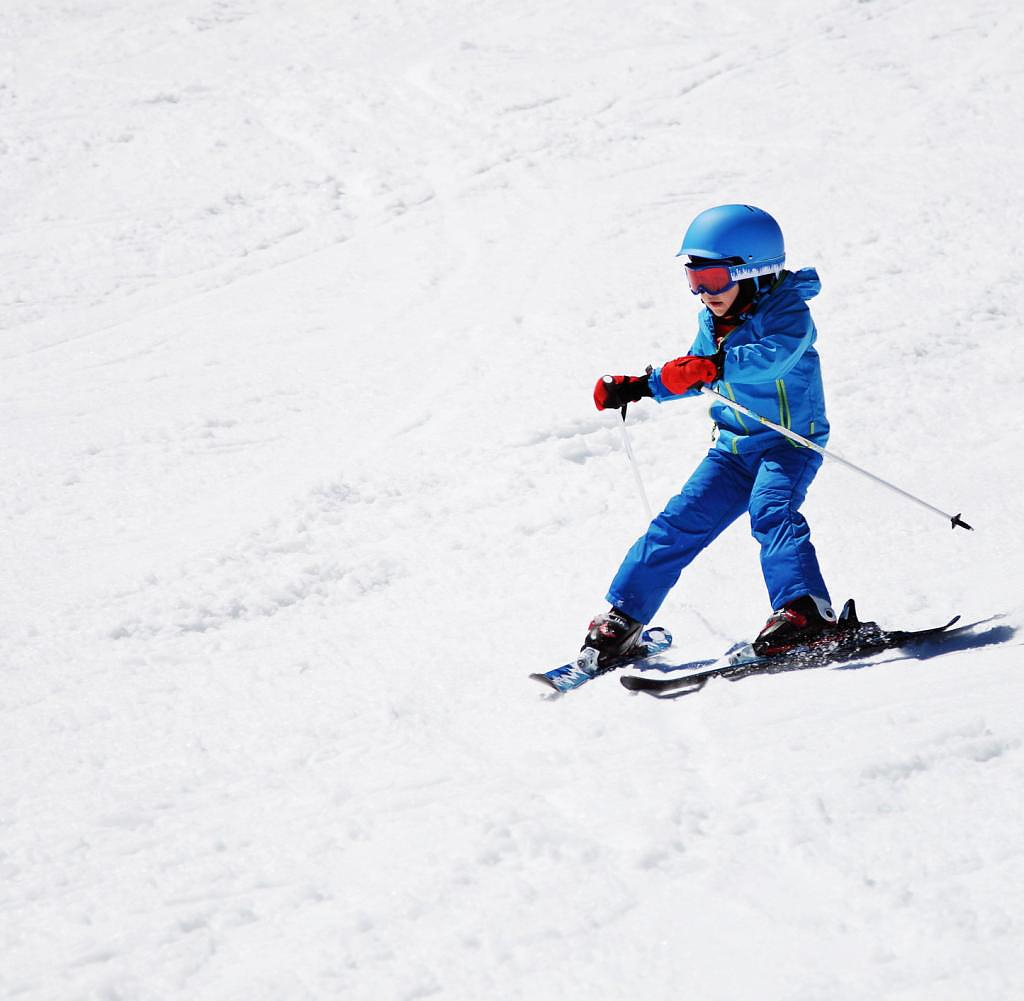 Children love snow and tobogganing. So why not start skiing too? We explain how to get started on skis and what parents should pay attention to.

"The sooner, the better," says Thomas Braun from the German Ski Association (DSV). The reason is the higher learning ability. Many children are already on skis for the first time at the age of three or four. Motorically and physically they are then ready. But that alone is not enough.

"Skiing has something to do with motivation," says Marc Buhl from the Winterberg ski school. If the three-year-old doesn't feel like skiing, it's probably too early. A short ski video or pictures from the last ski holiday can increase interest.

Skis, ski boots and a helmet are essential. All of these utensils must fit the body size and age, explains Braun. Ski goggles, a ski suit and good gloves are also part of the children's equipment. Exposed skin needs sunscreen with a high sun protection factor.

New ski equipment is expensive and doesn't last long. Renting from a ski rental shop is better. "Some sports retailers also offer skis that grow with the child or exchange systems," says Braun. The equipment that has become too small can be exchanged for a larger one.

Almost every ski school offers courses for younger guests. Which is only logical: "70 to 80 percent of the customers are children," says Thomas Braun. The first ski lesson should take place not far from the ski school on a separate, protected area. "Retreat rooms are important if you have to take the children out."

Individual lessons or group courses? It depends on the preferences of the children and parents. "Group courses are more suitable for small children because they are more motivated," says Braun.

Marc Buhl only teaches children under the age of five individually. "The concentration is greater and the child can focus better on skiing and the ski instructor," he says.

Individual lessons can also suit children who do not have much group experience. However, they should be able to separate from their parents. "It's best to move a few meters to the side so that the focus stays with the ski instructor," advises Buhl.

“Many ski schools start with a magic carpet, a conveyor belt that children can use to get up without any physical exertion and train their balance on skis,” reports Thomas Braun. Then they get to know the feeling for the skis on the flat and develop a feeling of gliding on flat terrain.

Later on, it's on to slightly sloping terrain, where the children can feel the skis gliding downhill. If that works, they practice driving and braking the first corners. Once at the bottom, you can take the button lift or drag lift.

It's all done in a playful way. "We call a classic plow arch or snow plow 'pizza' because the position of the skis is reminiscent of a piece like that," says Marc Buhl.

If you then ski at the same time, that means “fries” for the children. The ski instructor drives down the slopes together with the child. "If the strength isn't there yet, it can hold on to a pole or its hands to brake."

"If you practice intensively for three days, you can then ski an easy slope with your parents," says Marc Buhl. He recommends one private lesson in the morning and one in the afternoon each day. Short stays are more common in the low mountain ranges than in alpine ski areas. Ski schools with weekly courses offer two to three hour units in the morning including breaks.

Learning success also comes quickly in a group, Braun has observed. "If children can ski the blue slope, they no longer need much input from their parents," he says. Mum or dad should tell you where to ride and in what style. "Parents are a role model when they drive snow plow turns like their children and not shoot," says Marc Buhl.

And one more thing: Because of the height, it is more comfortable for children to drive below the tree line. "The effort is significantly less than in higher-lying ski areas or on the glacier," explains Braun. If the parents are not very good skiers, they should concentrate on slopes that can be reached by chairlift and gondola.

“Skiing is like riding a bike. You don't forget that," says Marc Buhl. In most cases, children can quickly build on what they have learned.

In the meantime, it is of course still advisable to stay fit. Thomas Braun recommends sports, balance exercises and inline skating or skateboarding. A visit to the ski hall or a trip to a nearby low mountain range also help to bridge the time until the next skiing holiday. "Small ski areas with one or two lifts are enough for children," says the expert.

‹ ›
Keywords:
WashingtonGesundheitUSAFranceRpblAlpeSkifahrenWintersportSkigebieteFamilienurlaubWintersportkleidungMarc BuhlThomas BraunSkischule WinterbergLes Trois ValleesLes MenuiresSkikurs
Your comment has been forwarded to the administrator for approval.×
Warning! Will constitute a criminal offense, illegal, threatening, offensive, insulting and swearing, derogatory, defamatory, vulgar, pornographic, indecent, personality rights, damaging or similar nature in the nature of all kinds of financial content, legal, criminal and administrative responsibility for the content of the sender member / members are belong.
Related News