This is how these entrepreneurs founded a successful perfume company

Shortly after the company was founded, it received the highest award in the German perfume industry. 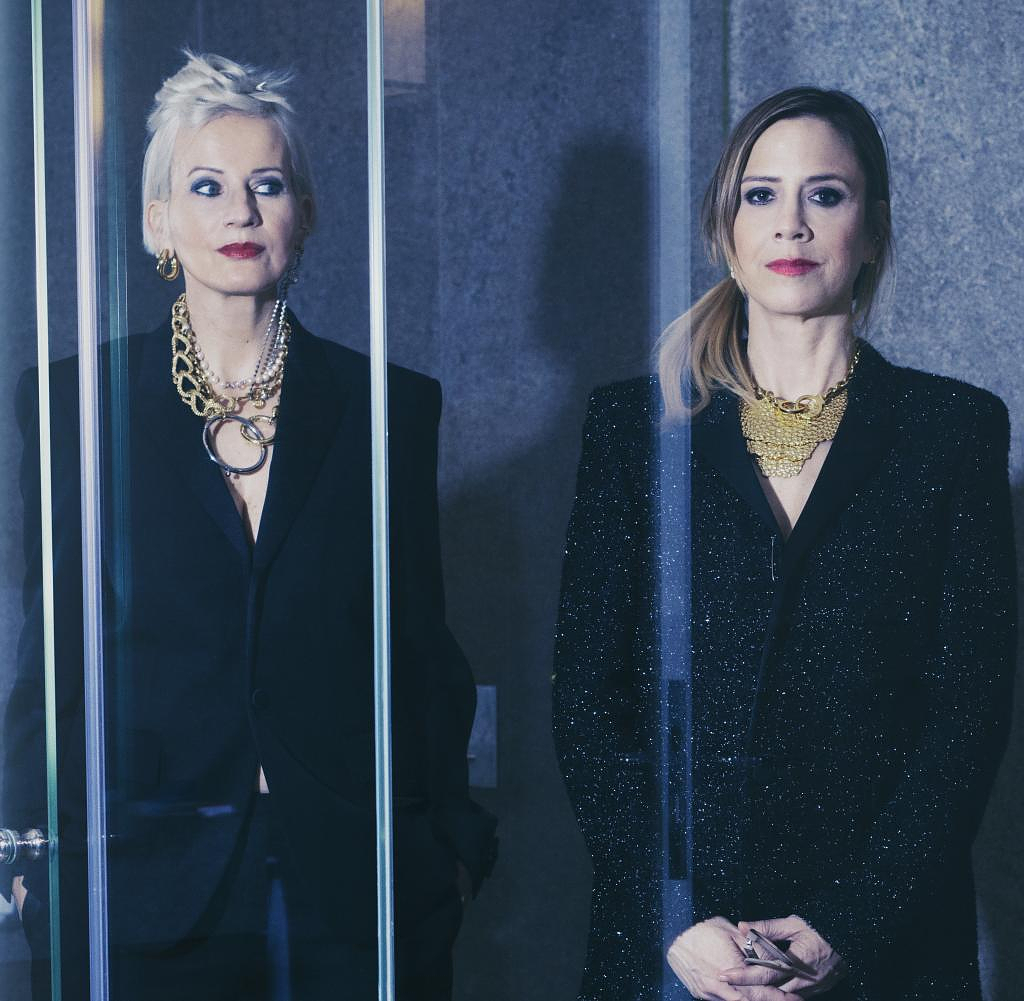 Shortly after the company was founded, it received the highest award in the German perfume industry. In Neuss, in the warehouse of her brother's company, the goods are packed and sent out into the world.

WORLD: You are the founder of a perfume brand. How does that come about when you already had a fairly successful first career?

Marion Lange: Well - that with the successful first career was perhaps exactly the reason and the motivation to see what else you can do. Founding was not necessarily at the top of our list, but the interest in wanting to do something new and different. When my friend, film producer Vera Portz, and I sat down and talked about perfumes about three years ago, we realized that we've both been layering perfumes for a long time.

WORLD: What does that mean?

Lange: We use two or three different perfumes and cheerfully spray them on top of each other. We dress differently every day, we feel different every day - we also don't want to smell the same every day. In addition, at some point you no longer smell yourself if you use the same perfume every day, which is a shame. So Vera and I just wrote a concept. The response was very positive, niche perfumes are an interesting, constantly growing market. So we decided to start a company. Our first product is a perfume series.

WORLD: Did your international, creative professional life inspire you to do this?

Long: Definitely. We have been working internationally for many years, are very fortunate to be constantly inspired, get to know many people and cultures - all of this makes our world more colorful, bigger, more diverse.

WORLD: You do it with your girlfriend – she is just as little a perfumer as you are.

Lange: We both had no idea how to develop perfumes, but we were very keen to learn new things. And indeed we have, sometimes more by force. Neither Vera nor I come from founding families and both have other tasks and careers. Founding a brand on the side was often quite exhausting, but always enriching. We both work successfully in industries in which we develop and produce ideas and advertising campaigns for other people and products. Creating products according to our own taste is a really great experience.

WORLD: What obstacles did you face in building your brand?

Lange: Oh, there are quite a few. A trademark must be registered and settlements with other trademarks may have to be made. With new fragrances, i.e. new European market entries, quite a lot comes together. The legislation surrounding the manufacture and storage of perfumes is quite complex. Who would have thought that there would be a glass shortage due to Corona? Minimum purchase quantities are also a big issue - not only when you start a company with equity. The products must be stored appropriately. And since perfume is dangerous goods, special transport contracts have to be concluded for distribution.

WORLD: What steps did you still have to take?

Lange: First we had to find a producer and bottler, then we wrote a fragrance briefing – after all, perfumers choose their projects. We chose Philippine Courtiere from France, she found our briefing very interesting. Vera and I don't speak "perfume language" so we created what we called a mood board describing the feelings we associate with the perfume names we came up with - what does happiness smell like? Blessed? Nice? And then Philippine wanted to get to know us and find out if we were really serious about our unusual concept and the desire for very special fragrances.

Vera and I then flew to Paris and hit it off with Philippine straight away. About two months later we traveled to Paris again and Philippine presented us with their interpretations of the fragrances. Of the twelve fragrances that were developed, we ended up producing nine. Fragrance oils are first produced in a certain amount, mixed with alcohol and, in our case, turned into eau de parfums, then a small amount is filled into the flacons that have been produced in the meantime and stored for around twelve weeks. This ensures that there are no undesirable chemical reactions between the liquid and the container. Only then do you go into full production.

WORLD: You have a concept with German names that work like a play on words. What's behind it?

Lange: Words have energy and power – both positively and negatively. So we gave our fragrances good German names. Names that have meaning, trigger an emotion. True. detention. Zeal. Happiness. Nice. Blessed. Doubt. Seeks. Wonder. By layering the scents, you not only create your own scent, but also a new word: wondrous. jealousy true true. How much fun is it to apply a dash of happiness before you leave the house?

WORLD: Your company is called Mavemade. What kind of name is that?

Lange: Mavemade is a fantasy name and stands for "made by MArion and VEra". The perfumes and candles are just the beginning, we want to develop more products that, according to our motto "We sprinkle pixie dust", will not only please both of us, but hopefully other people as well prepare - such as ties.

WORLD: And what about the eyes on your ties?

Lange: This is our next “Pixie Dust” project. We fell in love with the bright green eye created by a creative director friend of ours and are currently having it embroidered on vintage designer ties. Ties are a great accessory - but we don't want to have new ones made for reasons of sustainability. The designs and shapes of the ties from the 70s, 80s and 90s cannot be surpassed anyway. Besides the eye, we also produced a bunny collection. Vera and I are wearing the prototypes at the moment - the reactions of complete strangers are adorable, little rabbits on ties have a big effect.

‹ ›
Keywords:
New YorkParisStartupsTexttospeechNeusArbeitNordrheinWestfalenWirtschaftBeautyUnternehmenBetriebeUnternehmerLageGründungenParfumsSelbstständigmachenMarion LangeVera PortzParfum
Your comment has been forwarded to the administrator for approval.×
Warning! Will constitute a criminal offense, illegal, threatening, offensive, insulting and swearing, derogatory, defamatory, vulgar, pornographic, indecent, personality rights, damaging or similar nature in the nature of all kinds of financial content, legal, criminal and administrative responsibility for the content of the sender member / members are belong.
Related News