This is how hamburgers keep memories alive

On Wednesday evening, on the 84th anniversary of the November pogroms, people in Hamburg remembered the murdered Jews in their city. 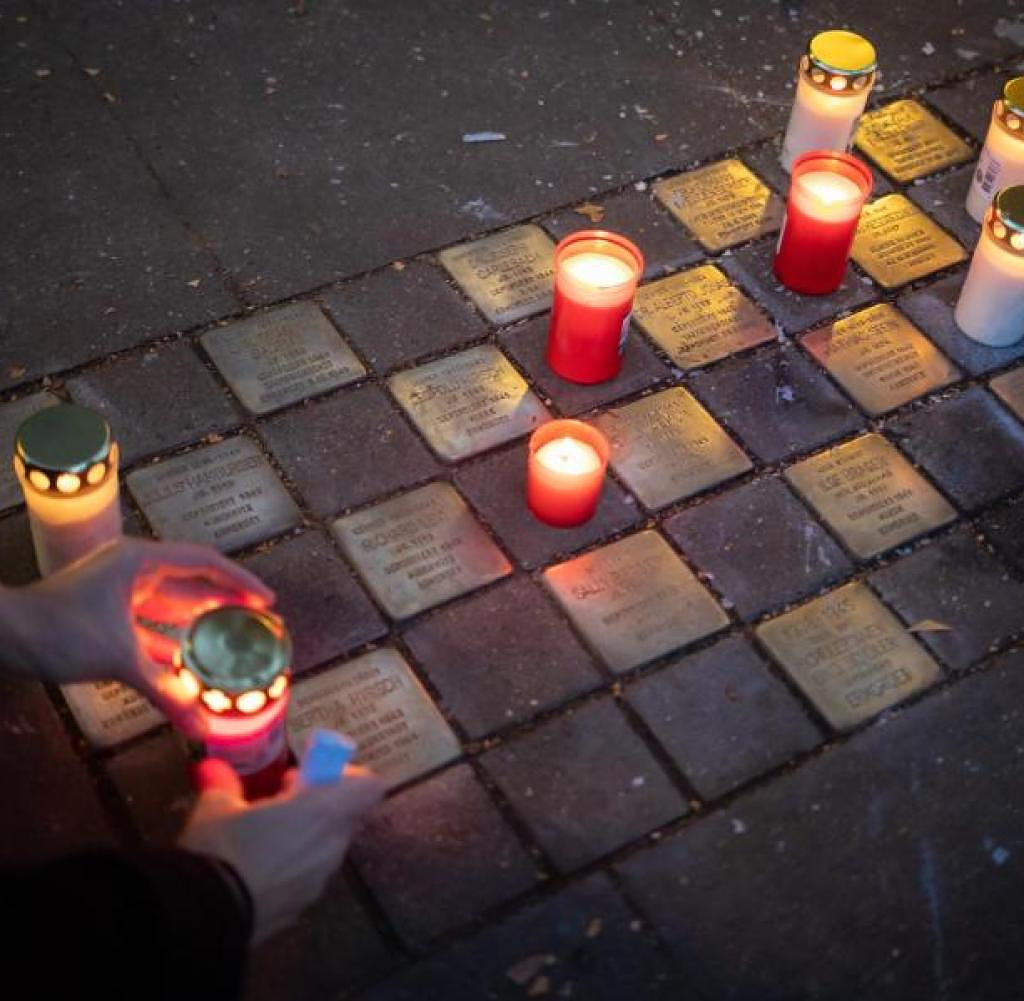 On Wednesday evening, on the 84th anniversary of the November pogroms, people in Hamburg remembered the murdered Jews in their city. On November 10, 1938, commandos of the National Socialist party militia SA destroyed shops belonging to Jews and daubed them with slogans. According to historians, six Jewish places of worship in the Hanseatic city, including the main synagogue in the Grindelviertel, which was later forcibly demolished, were set on fire or damaged. The Bornplatz synagogue on today's Joseph-Carlebach-Platz near the university was the symbol of Jewish life in the Hanseatic city until 1938 and is now to be rebuilt.

At least 1,000 Hamburg Jews were kidnapped during the November pogroms, historians report. Many of them were sent to the Fuhlsbüttel and Ravensbrück concentration camps near Fürstenberg (Brandenburg). A total of around 8,000 Hamburg Jews died during the Nazi regime. In 1945, hardly any of the 20,000 Jewish residents of the Hanseatic city of the 1920s were left. After the Nazis seized power, many Hamburg Jews fled abroad or were deported and murdered from 1941 onwards.

Especially in the Grindelviertel, which had developed into the center of Jewish life in Hamburg in the 19th century, people want to put candles on the stumbling blocks in front of the houses that refer to the former Jewish residents again on Wednesday evening.

But also in other places in the city, people want to draw attention to the victims of National Socialism and, above all, to the Jews who were killed. In the past few days, many of the stumbling blocks in the city have therefore been cleaned. In front of the town hall, for example, members of the citizenship cleaned the 21 stones that had been laid there.

Since 1995, the Cologne artist Gunter Demnig has been commemorating the victims of National Socialist tyranny across Europe with his Stolperstein project - since 2002 also in Hamburg. There are now 6,386 stumbling blocks throughout the city.

‹ ›
Keywords:
HamburgTexttospeechJudenKrimiEimsbüttelPogromeGrindelviertelRavensbrückFuhlsbüttelBezirkEimsbüttelJudenverfolgungNovemberpogromeReichspogromnacht (9.11.1938)Gunter DemnigParteimiliz
Your comment has been forwarded to the administrator for approval.×
Warning! Will constitute a criminal offense, illegal, threatening, offensive, insulting and swearing, derogatory, defamatory, vulgar, pornographic, indecent, personality rights, damaging or similar nature in the nature of all kinds of financial content, legal, criminal and administrative responsibility for the content of the sender member / members are belong.
Related News