In order to achieve the climate goals in the residential sector, renovations worth at least 32 billion euros are required in Hamburg by 2045. 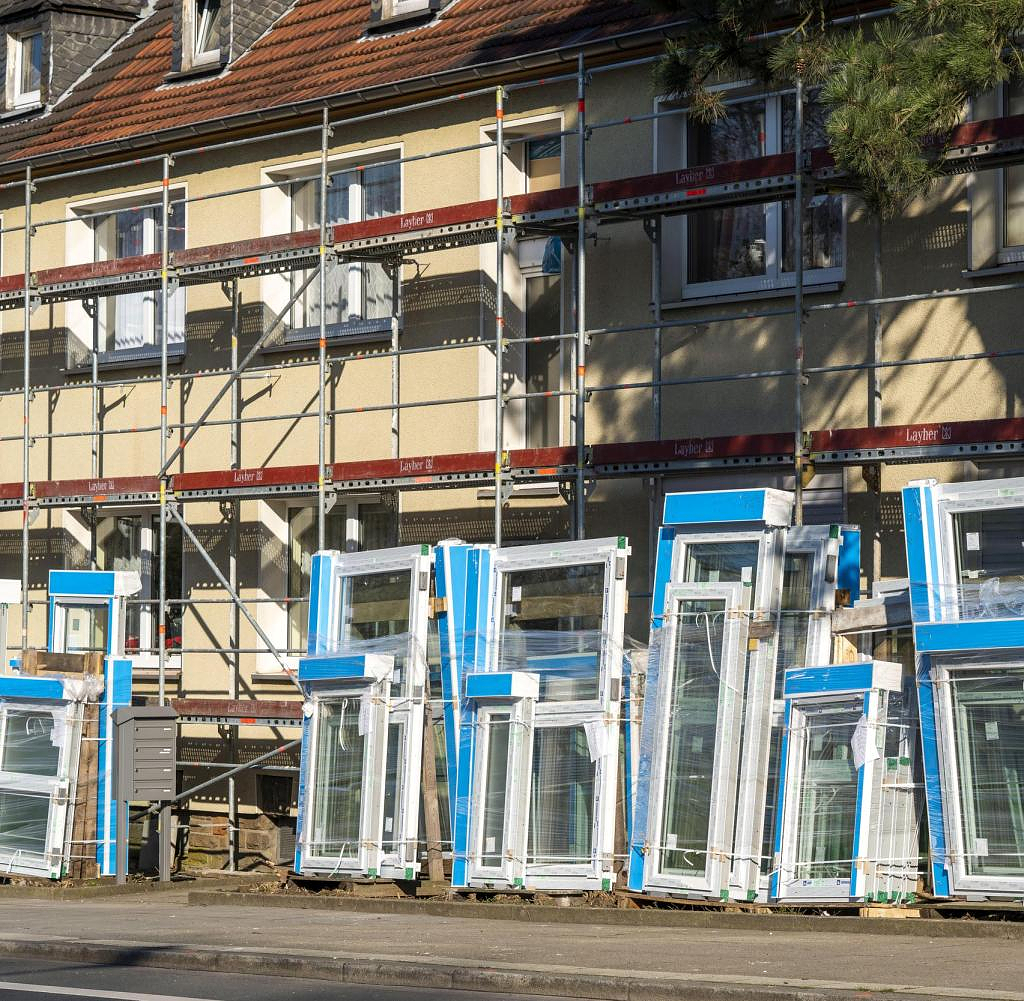 In order to achieve the climate goals in the residential sector, renovations worth at least 32 billion euros are required in Hamburg by 2045. This is the result of a feasibility study that Senator for Urban Development Dorothee Stapelfeldt (SPD) commissioned in early 2020 and now - after almost three years - presented on Tuesday. For the first time, it offers a representative overview of the energy-related initial situation in the entire building stock of the city - for example the building type, age, energy consumption and state of renovation.

In order to achieve climate neutrality by 2045, the Senate wants to increase the renovation rate - that is the proportion of buildings classified as fully renovated each year - from the current one percent to 1.7 to 1.8 percent, said the Senator. "The necessary measures are derived from the present feasibility study."

They have to be economical so that housing remains affordable, she emphasized. The Senate therefore wants to increase funding for energy-related renovations by an additional 210 million euros over the next four years. The greatest "leverage effect" can be achieved with the renovation of residential buildings built after the Second World War, which often still have a poor energy balance. When it comes to refurbishment, the following should therefore apply: “Worst first”. Climate neutrality in the living area can only be achieved "if we pull together with all the responsible forces, especially the partners in the alliance, for living in Hamburg and the tenants' associations," said Stapelfeldt.

There were a variety of reactions from Hamburg to the feasibility study. "The scenarios developed in the feasibility study for the climate neutrality of the building sector in Hamburg can be implemented, but are very ambitious - especially due to massive cost increases in the construction industry and generally rising energy costs. It also remains completely unclear whether there are enough workers and skilled workers to implement the renovations," said Anke Frieling, spokeswoman for urban development for the CDU parliamentary group. She also stated that there would be rent increases. "However, the Senate did not say a word about counter-financing," said Frieling. The left also argued in this direction: “Climate-neutral apartments, which the tenants can no longer afford, would be socio-politically devastating. There is no indication that the Senate's promise of socially responsible renovation will be implemented," said Heike Sudmann, spokeswoman for housing policy for the parliamentary group.

The AfD also referred to expert information, according to which "serious assessments due to the lack of energy and skilled workers and skyrocketing prices in the raw materials sector" are not possible. Apparently, the party doesn't think much of energy renovation anyway. Her solution: "Enough with the climate ideological cloud cuckoo land! Back to reason, back to coal and nuclear power.” The FDP also has fundamental doubts: This is unlikely to be enough to significantly increase the low rate of renovations in the coming years. It is also not clear how the senator wants to prevent housing costs from rising significantly in addition to the exploding energy costs," said Anna von Treuenfeld-Frowein.

From the point of view of the Association of North German Housing Companies, Stapelfeld's initiative is generally to be welcomed. “The additional 210 million euros in funding provided by the city over the next four years are good and necessary. In view of the estimated investment costs of at least 32 billion euros by 2045, this is only a drop in the ocean. The question of financial viability will not disappear from the agenda in the coming years," says association director Andreas Breitner. And the environmental protection association BUND also sees open points: "The feasibility study provides moderately ambitious wishes for renovation rates. However, how these are to be achieved remains blatantly open,” said Lucas Schäfer, Managing Director of BUND Hamburg. In particular, it remains unclear with which staff the necessary renovation measures can be implemented "if a large part of the resources of the trades are still required for the Hamburg Senate's excessive new building program."

‹ ›
Keywords:
TexttospeechHamburgWohnungsbauSanierungEnergiepolitikLauterbachJörnSanierungsrateDie LinkeMachbarkeitsstudieSPDKrimiDorothee StapelfeldtGebäudetypBUND HamburgAndreas Breitner
Your comment has been forwarded to the administrator for approval.×
Warning! Will constitute a criminal offense, illegal, threatening, offensive, insulting and swearing, derogatory, defamatory, vulgar, pornographic, indecent, personality rights, damaging or similar nature in the nature of all kinds of financial content, legal, criminal and administrative responsibility for the content of the sender member / members are belong.
Related News