What is striking about the self-portrait of the painter Max Liebermann from 1922 is his gaze, a little suspicious, a little wise: the designer Sylvia Schalley is currently working on this expression. 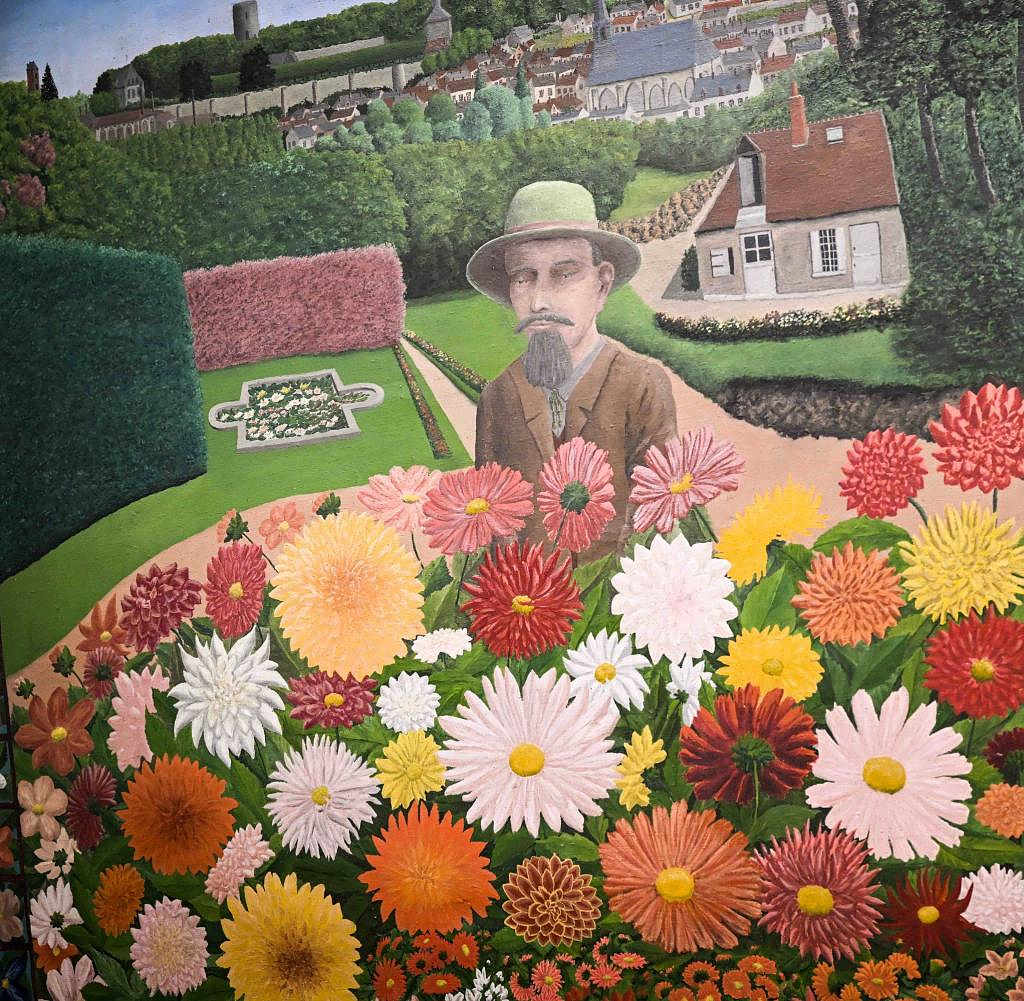 What is striking about the self-portrait of the painter Max Liebermann from 1922 is his gaze, a little suspicious, a little wise: the designer Sylvia Schalley is currently working on this expression. She is making a tactile model of the painting for the Max Liebermann House in Berlin. There, visitors who are blind or visually impaired should recognize this look in the painted face of the painter with their sense of touch alone. For this, Schalley designed the head, the collar and the tie in three dimensions.

But the special ability of this artist can be seen in the expression of the eyes. "I want to do justice to his diligence," says the designer in her studio in Neuss. That's what she's all about with all the tactile models that she designs and manufactures for museums, buildings or inner cities.

She scratches in the modeling clay, traces structures with spatulas in order to transfer the subtleties of the painting to her work. When finished, the model is cast in resin, colored, and then placed next to the original: "Even sighted visitors, especially children, understand the portrait better if they can compare it to the replica." The designer has been making for about 15 years such tactile models so that people with visual impairments can get an idea of ​​the originals. "The right of visually impaired people to have equal access to art is often ignored," she says.

Sylvia Schalley learned how to model the finest structures in her first job: she was a dental technician. When her care in the field was no longer worthwhile because cheaper dentures came onto the market in the 1990s, she followed a dream and studied design. A job advertisement - "as written for me, where else would you be looking for a dental technician and designer?" - then led her to her new job: for the German Study Center for the Blind (blista) in Marburg, a center for various schools for children and young people with visual impairments, she should develop and design tactile models.

In order for students to be able to imagine geometry, such as the calculation of circles or spheres, pictures from school books have to be converted into tactile versions. For this purpose, Schalley created the templates. A model of the buildings and squares of the Vatican was also used: schoolchildren used it to prepare for their class trip to Rome. "It gave them an idea of ​​the size of St. Peter's Basilica and the squares around it," says Schalley.

In working with blind and visually impaired children, she gradually learned to design the models in such a way that they would benefit many of those affected, says the designer. First of all, she had to realize that the fingers only feel a small section of a work at a time.

While sighted people can see the whole picture at a glance, those who can touch gradually explore the composition from one point. Therefore, Schalley creates structures at every point of a model, always inserting the same material, the same surface, for colors that are repeated. It usually separates different elements at different heights from each other. In the picture by Max Liebermann, for example, the face, neck, tie and shirt are each on their own layer.

Creating tactile models of sculptures is a challenge in its own right, reports the designer. The temptation to simply copy a sculptor's work is too great. But that is prohibited by the law on plagiarism, at least until the 70th anniversary of an artist's death. For the Kunsthalle Bremen, which offers visitors a number of tactile models, she wanted to recreate a sculptural work by the expressionist artist Max Beckmann without simply copying it. The way out: Schalley's sculpture was placed in a box. The figure is thus withdrawn from all eyes. Only hands can feel them through openings in the walls. The model has become an independent work.

Some art movements lend themselves better to tactile models than others. Schalley finds Cubist works particularly appealing. Artists such as Pablo Picasso or Georges Braque created almost abstract still lifes with objects made of different materials nested inside one another.

In comparable works, Schalley recreates the elements with the respective material and thus comes close to the original, even creating the three-dimensional effect that the paintings only hint at. She also sees this as a contribution to inclusion, to the equal participation of all visitors to a museum: "Anyone who compares my model with the original image understands both better." And above all, visitors who are not visually impaired could also give in to an impulse that many know: finally being allowed to touch pictures!

The designer therefore regrets that many museums, especially in NRW, do not make this contribution to equality. In Berlin, on the other hand, houses for art as well as for history and archeology offer tactile models. Schalley also designed a number of works for the Kunsthalle Bremen, including a well-known self-portrait by the painter Paula Modersohn-Becker.

‹ ›
Keywords:
NordrheinWestfalenNeussMalereiInklusionKünstlerKulturLiebermannMax (Maler)PicassoPabloModersohnBeckerPaulaDesignGleichberechtigungTexttospeechSylvia SchalleyMax LiebermannKunsthalle BremenHaus Für KunstNRWVatikanAndre BauchantHarzTastmodelle
Your comment has been forwarded to the administrator for approval.×
Warning! Will constitute a criminal offense, illegal, threatening, offensive, insulting and swearing, derogatory, defamatory, vulgar, pornographic, indecent, personality rights, damaging or similar nature in the nature of all kinds of financial content, legal, criminal and administrative responsibility for the content of the sender member / members are belong.
Related News