This "captain" led the colonial uprising in German Southwest

Protection can be good – but it can also be bad. 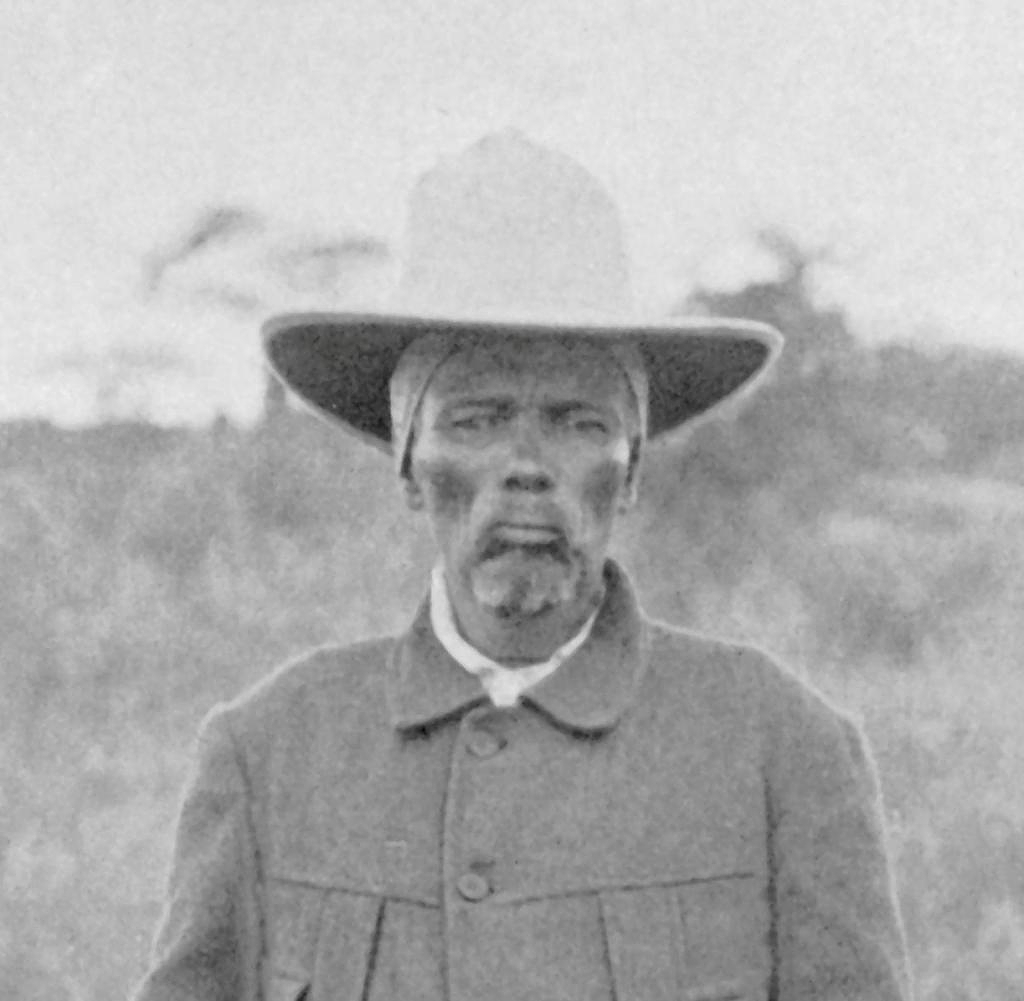 Protection can be good – but it can also be bad. Nobody pays protection money voluntarily. Hendrik Witbooi, the most important leader of the Nama people in south-west Africa, first signed a protection agreement and then canceled it ten years later. The fact that this was not a normal contract between equal partners was already apparent from the last paragraph. He stipulated that the contract concluded was “non-cancellable”.

On October 3, 1904, Witbooi informed the German head of the Gibeon district office, Henning von Burgsdorff, that the contract of September 15, 1894 was no longer valid. Burgsdorff immediately made his way to Witbooi. But in his quarters he was shot, probably against the will of the "captain" of the Nama.

The Herero rebellion against the German troops in German South-West Africa, which had broken out in January 1904, expanded into a Herero and Nama rebellion. The entire protectorate - the euphemistic term for the colony - was now war territory.

What was in the contract that Witbooi himself had signed in 1894 with Burgsdorff's superior Theodor Leutwein? Paragraph 1 stated that he wished "to place himself, his people and his legal successors under the patronage of His Majesty the German Emperor" and promised "to support the German government in its endeavors to ensure the well-being of the Nama country to always be a faithful support”.

This treaty marked the end of a year-long struggle for supremacy among the various peoples (the term 'tribe' gives the wrong impression) in what is now Namibia. Born between 1830 and 1835, he belonged to the leading families of the Nama. Both his grandfather, Kido, and his father, Moses, had been "captains" (rather than "chiefs"), as the chief's title was in Cape Dutch.

From about 1855 the Nama had moved north and settled in the Namibian highlands. In 1868, Captain Kido Witbooi adopted the Christian faith for his people and himself. All Witboois strove to increase their power - not uncommon for men in their function. Against his father's advice, Hendrik Witbooi set out with a few hundred followers in 1884 to move further north. This automatically brought him into conflict with the Herero people living there, which he lost; defeated, he had to withdraw.

Nevertheless, he repeated the attempt to seize the land in 1885 and this time even suffered an extremely difficult defeat. Two years later, Moses Witbooi was overthrown and murdered by an enemy Nama, whom Hendrik himself killed a year later. Now he officially succeeded his father and grandfather.

After Witbooi's second march north in 1885, the Hereros had signed a protection treaty with the German Empire. At the time, it was striving for colonies in Africa and Asia in order to close the gap with other European powers.

The calculus of this policy in Germany was no different than in Great Britain, France, Belgium or the Netherlands: Territories were sought with local people who could be controlled thanks to their own superior (weapons) technology. These colonies were to be administered by Europeans. They wanted to use the labor of the locals and on the one hand provide raw materials for the mother country, on the other hand win sales markets for the products of their own country. A kind of nationalistic globalization.

Witbooi's frequent attacks on the Herero led to the reinforcement of the German Schutztruppe, which inflicted two heavy defeats on the Nama in 1893/94. Now the captain was ready to sign a protection contract himself with the commander Theodor Leutwein.

What is special about Witbooi is that his actions were recorded by secretaries in a documentation of mainly letters, which is commonly imprecisely known as the "diary". For the years 1884 to 1894 there is a German translation of the original, mostly written in Cape Dutch in notebooks, the records for the years up to 1904 are partly preserved, partly unfortunately lost. But since they are the only relevant records of the leader of a colonized people, they are of great importance, they have even been included in the World Memory of the Unesco. However, they do not necessarily paint a sympathetic picture.

Under the leadership of Witbooi's son Issac, part of the Nama waged a guerrilla war against the colonial rulers from October 1904; the old captain nevertheless remained the leading figure. On April 22, 1905, the commander of the troops in German South West Africa, Lothar von Trotha, put a bounty of 5,000 marks on his head.

In the fall of 1904, the general had defeated the Herero and driven them into a desert with the goal of as complete a genocide as possible. Then he took on the Nama. With 1,500 men, his unit, consisting of German soldiers and African mercenaries, was twice as strong as Witbooi's poorly armed and poorly trained warriors. Defeat was only a matter of time.

On October 29, 1905, Hendrik Witbooi was hit in the leg in a battle and died as a result either on the same day or on November 3, the statements contradict each other. Although Trotha was recalled at the same time because of his outspoken brutality, the defeat of the Nama could no longer be averted. Up to 70 percent of them perished miserably in camps.

After Namibia's independence from South Africa in 1990, Hendrik Witbooi became a national hero, whose portrait adorned the country's banknotes. In view of his aggressiveness against the Hereros, this is somewhat surprising. But the main reason is that something is known about Witbooi's thoughts and actions from his "diary".

‹ ›
Keywords:
NamibiaWitbooiHenrikTrothaLothar VonKolonialismus
Your comment has been forwarded to the administrator for approval.×
Warning! Will constitute a criminal offense, illegal, threatening, offensive, insulting and swearing, derogatory, defamatory, vulgar, pornographic, indecent, personality rights, damaging or similar nature in the nature of all kinds of financial content, legal, criminal and administrative responsibility for the content of the sender member / members are belong.
Related News