They warn of a "rebound in watermelon thefts" in Levante where "whole crop are looted."

Asaja, Almeria, reported that there has been a "rebound in thefts in this campaign of outdoor crops. 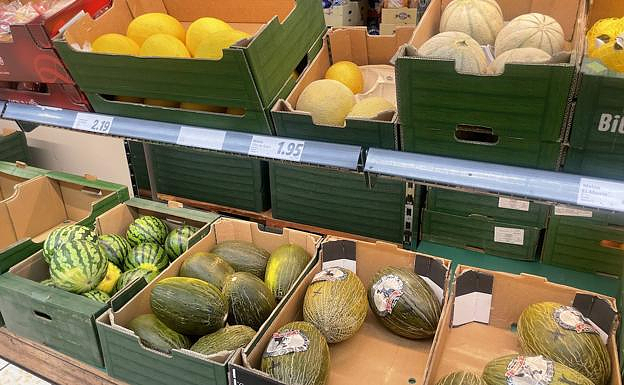 Asaja, Almeria, reported that there has been a "rebound in thefts in this campaign of outdoor crops. This is due to an increase in watermelon prices in the market. It triples those from the previous year.

"The price of this fruit has made them a luxury product for many consumers," said the agricultural employers in a statement. They also stated that, despite the "significant" increase in their income, the benefit farmers receive is still far below the previous level.

Adoracion Blanque (provincial president) has said that recent thefts could be disastrous for farmers affected by the campaign. He stated that they faced the campaign with hope and hoped that it would make up some of the losses from the previous year's campaign.

He stated in this line that it's not about "tiny amounts of product" but that "whole crop are looted, reaching upto 3,000 kilos per act that takes place."

Blanque indicated that although the thefts are primarily focused on watermelon, they also involve "looting," materials that farmers have on their farms, as well as fertilizers.

Asaja called for an "increased presence" of soldiers from the State Security Forces and Bodies within the eastern province. He also demanded specific actions and measures to stop the "incessant trickle in thefts."

It also gave the opportunity to those who were affected to go and bring these events to the attention ROCA groups of Civil Guard, "whose goal is to prevent robberies of agricultural and livestock facilities.

‹ ›
Keywords:
AlertanRepunteRobosSandiasLevanteDesvalijanCultivosEnteros
Your comment has been forwarded to the administrator for approval.×
Warning! Will constitute a criminal offense, illegal, threatening, offensive, insulting and swearing, derogatory, defamatory, vulgar, pornographic, indecent, personality rights, damaging or similar nature in the nature of all kinds of financial content, legal, criminal and administrative responsibility for the content of the sender member / members are belong.
Related News