They locked the church door and poured gasoline on the people

Since antiquity, Christianity has always been followed by obscure groups of followers who have interpreted Jesus' message too radically. 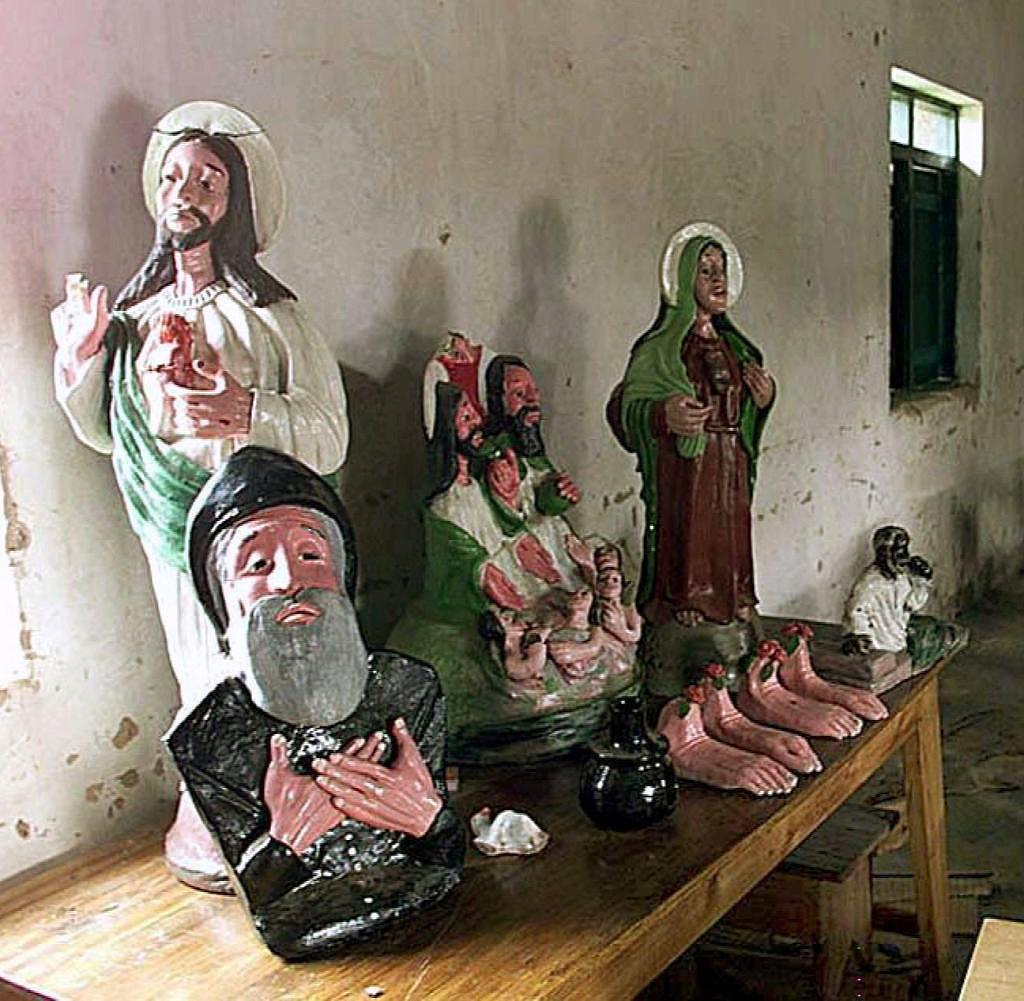 Since antiquity, Christianity has always been followed by obscure groups of followers who have interpreted Jesus' message too radically. The circumcellions, for example, were up to mischief with murder and terror in North Africa in the 4th century. In 1534/35 the “thousand-year-old” Anabaptist empire in Münster went as far as polygamy and propertylessness. But radical groups have also been making a name for themselves in recent times. In 1978, followers of American preacher Jim Jones' "People's Temple" committed mass suicide in the jungle of Guyana; those who didn't want to take part were killed. And the followers of the Branch Davidians sect died in 1993 in Waco, Texas, under fire from the FBI rather than laying down their guns early.

Another sad chapter opened in March 2000 by a man named Joseph Kibweteere (b. 1932) in Uganda. What is reasonably certain is that he was a Catholic priest with Orthodox leanings until the 1980s, who had enough money at his disposal to set up his own school in Kanungu in the west of the country. He is also said to have applied for a political mandate after the fall of dictator Idi Amin in 1979.

In the late 1980s he met a woman named Credonia Mwerinde who had worked as a barmaid and prostitute in a previous life. However, visions of the Virgin Mary are said to have led her onto the “right path”, and she was not alone in this in central Africa at the time: religious revivals were booming at the time. Kibweteere was also persuaded and founded the "Movement to Restore the Ten Commandments" together with Mwerinde.

With the message that only living according to the letter of the Ten Commandments would open paradise at the Last Judgment, the "movement" gained numerous followers. Kibweteere proclaimed himself her prophet and, together with Mwerinde, her sister and other priests, took over the leadership from the damned world, whose downfall he predicted for December 31, 1999. The Catholic Church did not want to accept this and excommunicated him.

Since the impending apocalypse rendered material things unimportant, the Prophet had his followers' property signed over to him to administrate for the last earthly days of the "movement." Their school came under suspicion of child labor. She also refused the help of trained doctors in cases of illness, but was allowed to continue preparing for the end of the world.

When that didn't happen on December 31, 1999 and the group suddenly found themselves before the third millennium, a crisis is said to have ensued. Some members began to question the Prophet's visionary powers, while at the same time making demands for the return of their property. However, her mysterious disappearance did not clarify the situation.

In March 2000, neighbors in Kanungu, 350 kilometers south of the capital Kampala, were amazed that large quantities of meat were apparently being slaughtered and quantities of Coca-Cola were being stored on the premises of the "Movement to Restore the Ten Commandments". A festival on the 17th of the month explained the preparations. Singing continued for hours, then smoke eventually billowed.

He came from church. Rescue workers found the door boarded up. After the opening they were presented with a horrific picture. Hundreds of bodies lay in the room, including numerous women and children, most charred beyond recognition. Investigations revealed that they had previously been doused with petrol before becoming infected. Because many people crowded the locked doors to escape the inferno, authorities assumed they had not committed suicide voluntarily.

A few days later, a mass grave was discovered on property belonging to Kibweteere, in which 74 bodies were counted, including 28 children. Some of them had stab wounds, others had cloths wrapped around their necks. The suspicion was that they were critics of the Prophet and his entourage. 530 dead were counted in the church. A total of up to 800 believers are said to have fallen victim to the man-made end of the world of the "movement".

What became of Kibweteere remains a source of speculation to this day. Testimonies, according to which he and other members of the leadership circle are said to have been seen later, lead those who believe he is still alive. Other observers assume that he was one of those dead in the church whose identification was not possible.

‹ ›
Keywords:
SektenSelbstmordeUgandaKibweteereJosephTexttospeechJim JonesNordafrikaGuyanaFBIJesuWacoMünsterJoseph KibweteereKanunguFacebookMordKrimi
Your comment has been forwarded to the administrator for approval.×
Warning! Will constitute a criminal offense, illegal, threatening, offensive, insulting and swearing, derogatory, defamatory, vulgar, pornographic, indecent, personality rights, damaging or similar nature in the nature of all kinds of financial content, legal, criminal and administrative responsibility for the content of the sender member / members are belong.
Related News