"They have realized that they will lose and delay the moment"

According to statements by Ukrainian President Volodymyr Zelenskyy, with the ongoing partial mobilization of the armed forces, Russia only wants to delay the moment of its own defeat. 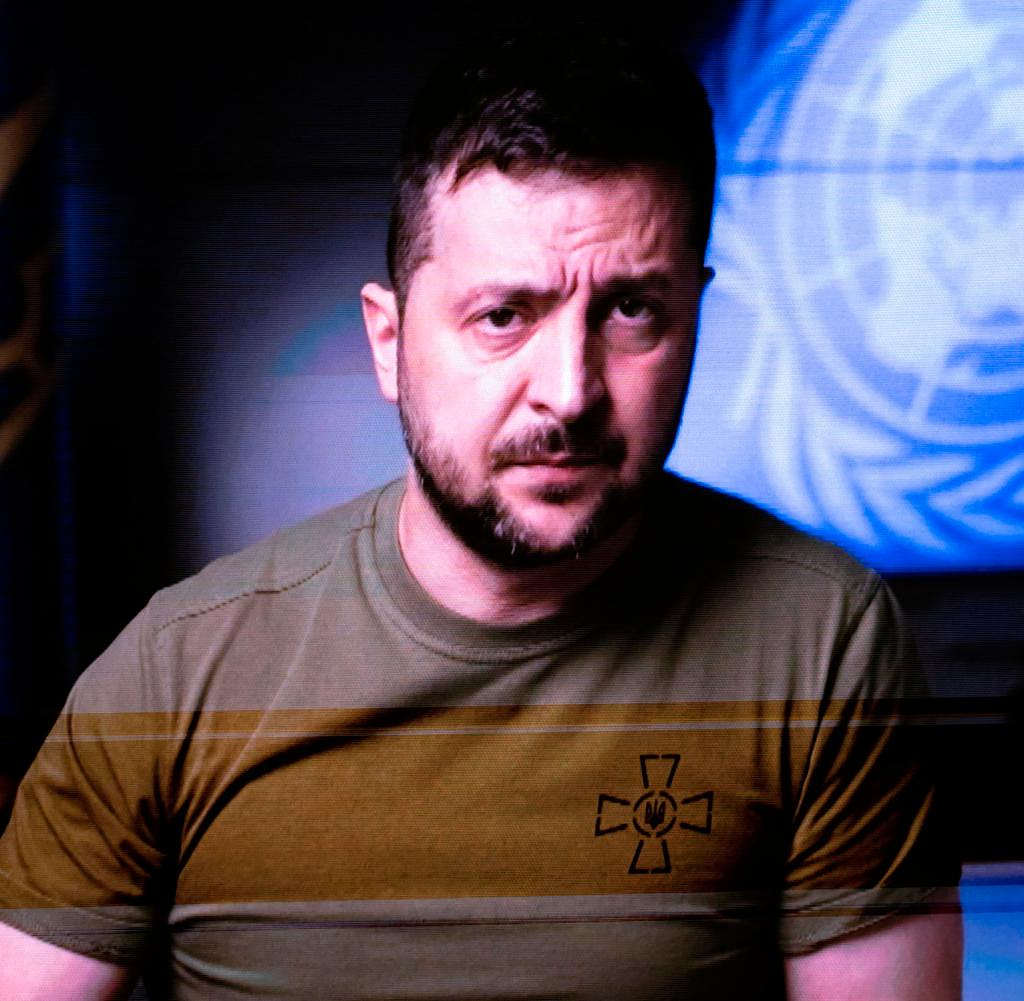 According to statements by Ukrainian President Volodymyr Zelenskyy, with the ongoing partial mobilization of the armed forces, Russia only wants to delay the moment of its own defeat. Selenskyj made that clear in his video speech on Tuesday night. Around seven months after the war began, Russian President Vladimir Putin ordered reservists to be mobilized on Wednesday. Since then, there has been horror in many places in Russia. There are protests across the country. There have also been several attacks on conscription centers.

"They felt they were going to lose. And they're just trying to delay that moment in order to have at least some activity on the front lines," Zelenskyy said. "Unfortunately, the Russian people are not yet aware of the full brutality of the Russian government towards their own people," Zelenskyy said. That must be made clear to the Russians.

The Russian businessman Prigozhin, who became known as the cook of Kremlin boss Putin, publicly admitted for the first time that he had founded the notorious mercenary group "Wagner". Prigozhin explained on the website of his company Konkord that he formed the unit in 2014 for use on the Russian side in the Ukrainian Donbass. On May 1, 2014, a "group of patriots was born" - with the name "Wagner".

Previously, Prigozhin had never clearly named connections to the "Wagner" troupe. Most recently, however, he indirectly hinted that it was his project. Insiders also confirmed this. Prigozhin has now confirmed, among other things, operations by the "Wagner" group in Syria, other Arab countries as well as in Africa and Latin America. A video recently caused a stir in Russia, which is said to show the businessman and Putin friend recruiting prison inmates to fight in the Ukraine war.

Putin granted US whistleblower Snowden Russian citizenship. The 39-year-old's name is on a list of new citizens published by the Kremlin. Snowden had previously revealed after his son's birth in Russia that he was applying for citizenship to have the same rights as the child born in 2020, who received Russian citizenship automatically.

In 2013, Snowden gave journalists documents on spying activities by the US surveillance service NSA and its British counterpart GCHQ. According to his own statements, he wanted to flee via Hong Kong to Ecuador, but ended up stranded at the airport in Moscow after the US government canceled his passport.

The EU states are still looking for a common line in dealing with Russian conscientious objectors who want to leave their homeland. A first crisis meeting of the 27 EU ambassadors did not bring a solution. The EU Commission was asked to "review, evaluate and, if necessary, update the latest guidelines on visa issues, taking into account the security concerns of the Member States," the current Czech EU Council Presidency said afterwards.

The US government is providing millions in support to Ukraine's law enforcement and criminal justice agencies. US Secretary of State Antony Blinken promised the Ukrainian government an additional 457.5 million US dollars (around 474 million euros) for this purpose. Since mid-December 2021, the USA has made more than 645 million US dollars (around 668 million euros) available for this area, including for the country's police, it was said.

Part of the new funding is also earmarked to support the Ukrainian government "in documenting, investigating and prosecuting atrocities committed by the Russian armed forces".

In the Russian-occupied areas of Ukraine, the final day of mock referendums on joining Russia is taking place. Ukraine and the West see the compulsory voting as a violation of international law. It is expected that the areas will be annexed and possibly declared Russian state territory by Putin on Friday.

‹ ›
Keywords:
NewsteamSelenskyjWolodymyrRusslandUkraineKrieg (24.2.2022)Pipeline Nord StreamWolodymyr SelenskyjKremlTeilmobilmachungPolitikKriegsdienstverweigerernUkraineWladimir PutinMoskauPutins KochRussland
Your comment has been forwarded to the administrator for approval.×
Warning! Will constitute a criminal offense, illegal, threatening, offensive, insulting and swearing, derogatory, defamatory, vulgar, pornographic, indecent, personality rights, damaging or similar nature in the nature of all kinds of financial content, legal, criminal and administrative responsibility for the content of the sender member / members are belong.
Related News