They discover a Spanish mountaineer missing in the Alps

Italian rescue services found Tuesday the body of a Spanish mountaineer missing for several days in the Dolomites, in the Alps mountain range. 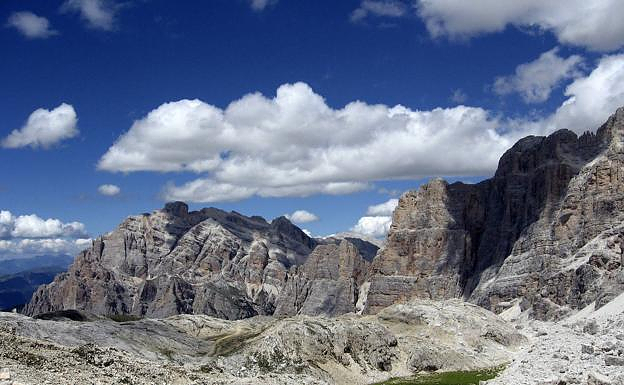 Italian rescue services found Tuesday the body of a Spanish mountaineer missing for several days in the Dolomites, in the Alps mountain range. He allegedly fell from the mountain after getting lost. According to Agencia Efe he is a Spanish hiker who was born in 1986 and resides in London.

After he denied that he had returned to London, his brother raised the alarm. According to the AdnKronos agency, his track was lost in the mountains after he had walked alone for several days and spent the night in shelter on July 1.

Authorities suspect that the victim, aged around 30 years, went wrong at a fork, and fell approximately 50 meters.

Europa Press has been informed by foreign sources that the Consulate General Milan is responsible for the procedures and is in touch with the families of the deceased to help them in any way possible.

This incident is not connected to the Marmolada Glacier collapse, which left at least seven people dead and eight others injured. It also happened in the Dolomites. To locate missing mountaineers, an extensive search area is still available.

‹ ›
Keywords:
LocalizanVidaMontaneroEspanolDesaparecidoAlpes
Your comment has been forwarded to the administrator for approval.×
Warning! Will constitute a criminal offense, illegal, threatening, offensive, insulting and swearing, derogatory, defamatory, vulgar, pornographic, indecent, personality rights, damaging or similar nature in the nature of all kinds of financial content, legal, criminal and administrative responsibility for the content of the sender member / members are belong.
Related News