They confirm that an El Acebuche official has given permission for inmates to drink alcohol in their cells.

The Superior Court of Justice of Andalusia has approved the two-year suspension of functions imposed upon an official of El Acebuche penitentiary centre, in Almeria for providing alcohol to two prisoners in his cell. 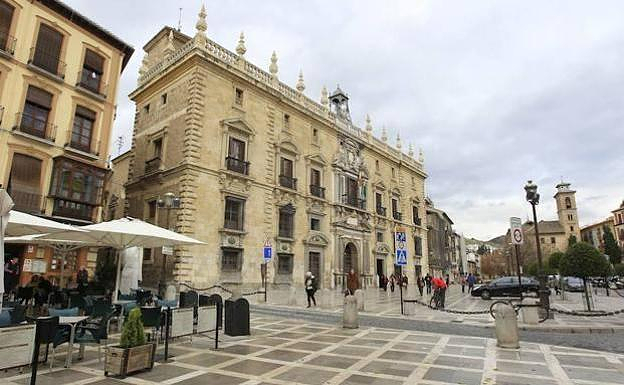 The Superior Court of Justice of Andalusia has approved the two-year suspension of functions imposed upon an official of El Acebuche penitentiary centre, in Almeria for providing alcohol to two prisoners in his cell.

The Andalusian high court dismisses the contentious-administrative appeal filed against the decision of the Ministry of the Interior by the official, and confirms that his conduct constitutes a serious misconduct characterized as "a serious attack on the dignity of the officials or the Administration."

Europa Press consulted the sentence. It appears that it was proven in the disciplinary files that the sanctioned individual, who served as "the sole worker" in December 2017, in one of the prison modules, "introduced alcohol to said module."

He said that the bottle was broken in the corridor that houses the cells. The official then opened the cell in which the two inmates were living and was there "for a few moments"

According to the resolution, he did it "without justification or presence of the head services," and that authorization was not required.

He also refers to another episode that occurred at Christmas, in which he was on duty in the same module on the night shift, with the inmate population also in his cells, and opened the same cell as before "without cause." It was justified and made without the knowledge, authorization or presence of the head of services>>.

He underlines that the sentence states that the cell was "still occupied" by the same inmates and that the official "remained within it for approximately one-minute, time he used as a delivery man to give a bottle to the inmates."

He concludes that shortly after the incident, the management team ordered a search to be made in the cell. "A bottle of whiskey was found that had been barely consumed"

The TSJA criticizes the appeal for focusing on a single reason, namely the "lackof veracity" or inaccuracy of the facts.

He believes that the facts constituting the sanctioned offense have been "sufficiently" accredit since he "clearly violated the penitentiary rules for officials by his actions and emphasizes this fact" not only from the testimony of the inmates but also from his statement to his colleagues and his own, as well the viewing of tapes recorded and viewed by the security system.

Andalusian's high court also ruled out exulpatory references to an "alleged workplace harassment situation for more than 5 years" with alleged allegations, investigations, insidiousness and moral aggression by the center's management.

‹ ›
Keywords:
ConfirmanSancionFuncionarioAcebucheFacilitarAlcoholCeldaInternos
Your comment has been forwarded to the administrator for approval.×
Warning! Will constitute a criminal offense, illegal, threatening, offensive, insulting and swearing, derogatory, defamatory, vulgar, pornographic, indecent, personality rights, damaging or similar nature in the nature of all kinds of financial content, legal, criminal and administrative responsibility for the content of the sender member / members are belong.
Related News