They are the "New Fab Four", the British press rejoices

All in black, of course appropriate to the circumstances, and arm in arm they stand in front of the portrait of George III: the British King Charles III, his wife Camilla and the heir to the throne William and his wife Catherine. 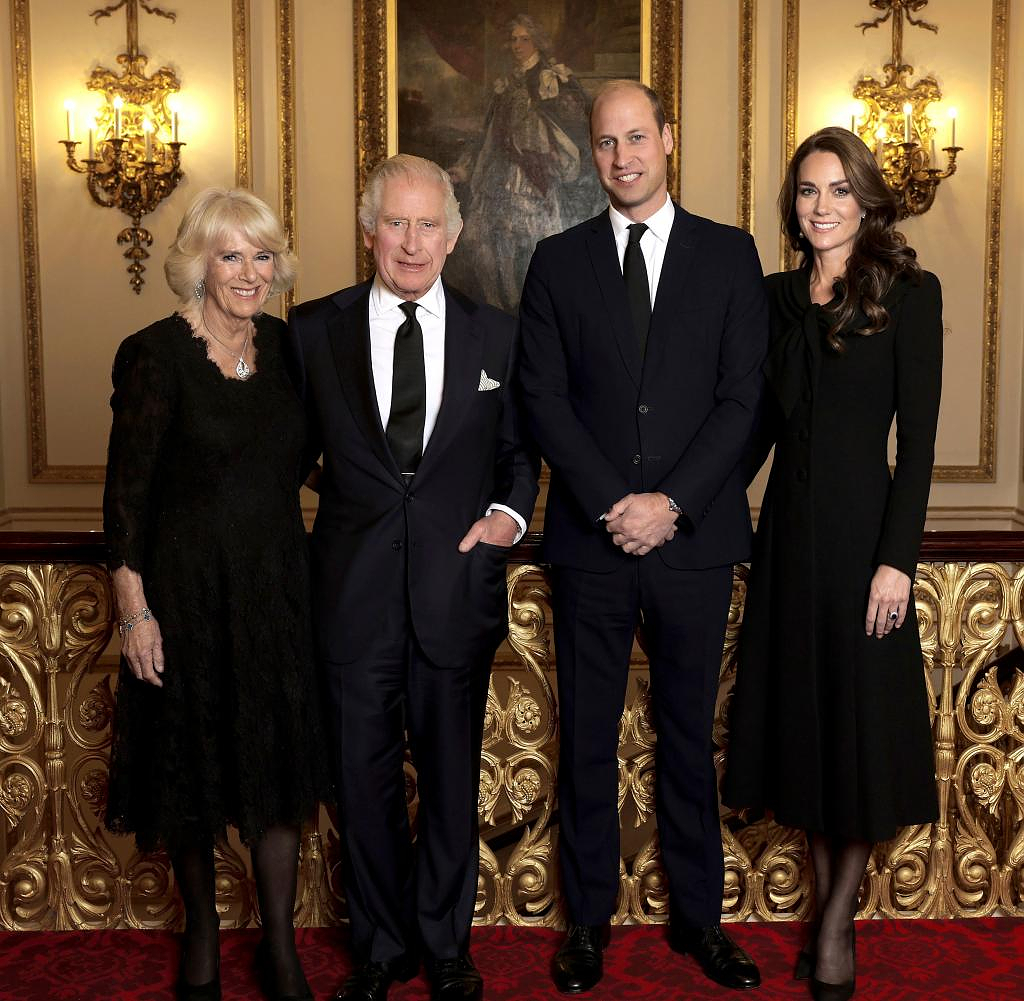 All in black, of course appropriate to the circumstances, and arm in arm they stand in front of the portrait of George III: the British King Charles III, his wife Camilla and the heir to the throne William and his wife Catherine. The new photo recently published by Buckingham Palace is causing a stir in Great Britain. Many interpret it as a sign that a new era in the royal family has finally begun.

The British newspaper The Sun already titled the photo "New Fab Four" in reference to the superheroes of the science fiction films "Fabulous Four". Until now, the two brothers William and Harry and their wives had been considered the "Fab Four". But the Megxit, Harry's move to the USA and the rift between the two brothers were probably something like kryptonite for this quartet.

The joint appearance of William and Harry with Kate and Meghan as part of the celebrations for Elizabeth II caused a stir. And observers had already speculated that the Queen's death might mean that Charles' youngest son could return to the family business. But the king soon put an end to these hopes: in his speech after the death of the queen, he stated that Harry would continue to build his life in the USA.

So it's not surprising that Harry is missing from the recording, which looks more like a snapshot. It had long been known that Charles wanted to distribute the representative tasks during his reign to fewer members of the royal family. This was not least due to the scandals surrounding Charles' brother Andrew and his acquaintance with the deceased sex offender Jeffrey Epstein, which made negative headlines.

But the photo also shows something else: Under Charles III. it should be much more casual than under the Queen. Charles, 73, despite being the first official photo of the king with his family, puts one hand in his jacket pocket and has his other arm lightly around Camilla. Catherine also reaches out to William, 40. An almost intimate moment of intimacy that is shown that would hardly have existed with the more discreet Elizabeth II.

Charles, at least that's what the British newspaper "Daily Mail" believes, also wants to say something else: The photo is a portrait of a contemporary blended family, after all, Camilla is his second wife - even if he's been with her for 17 years is married. He must now hope, according to the experts of the royal family, that the British can identify with it. Because the death of the Queen is likely to bring hard times to the Commonwealth.

‹ ›
Keywords:
NewsteamGroßbritannienCharles (Kronprinzgeb.1948)MusikBuckingham PalaceCharles IIIDaily MailFab FourUSACommonwealthElizabeth II
Your comment has been forwarded to the administrator for approval.×
Warning! Will constitute a criminal offense, illegal, threatening, offensive, insulting and swearing, derogatory, defamatory, vulgar, pornographic, indecent, personality rights, damaging or similar nature in the nature of all kinds of financial content, legal, criminal and administrative responsibility for the content of the sender member / members are belong.
Related News