These scary sharks can walk on land

If you are afraid of sharks, you can still rest easy when you see this headline: epaulette sharks, also known as Hemiscyllium ocellatum, are completely harmless to humans. 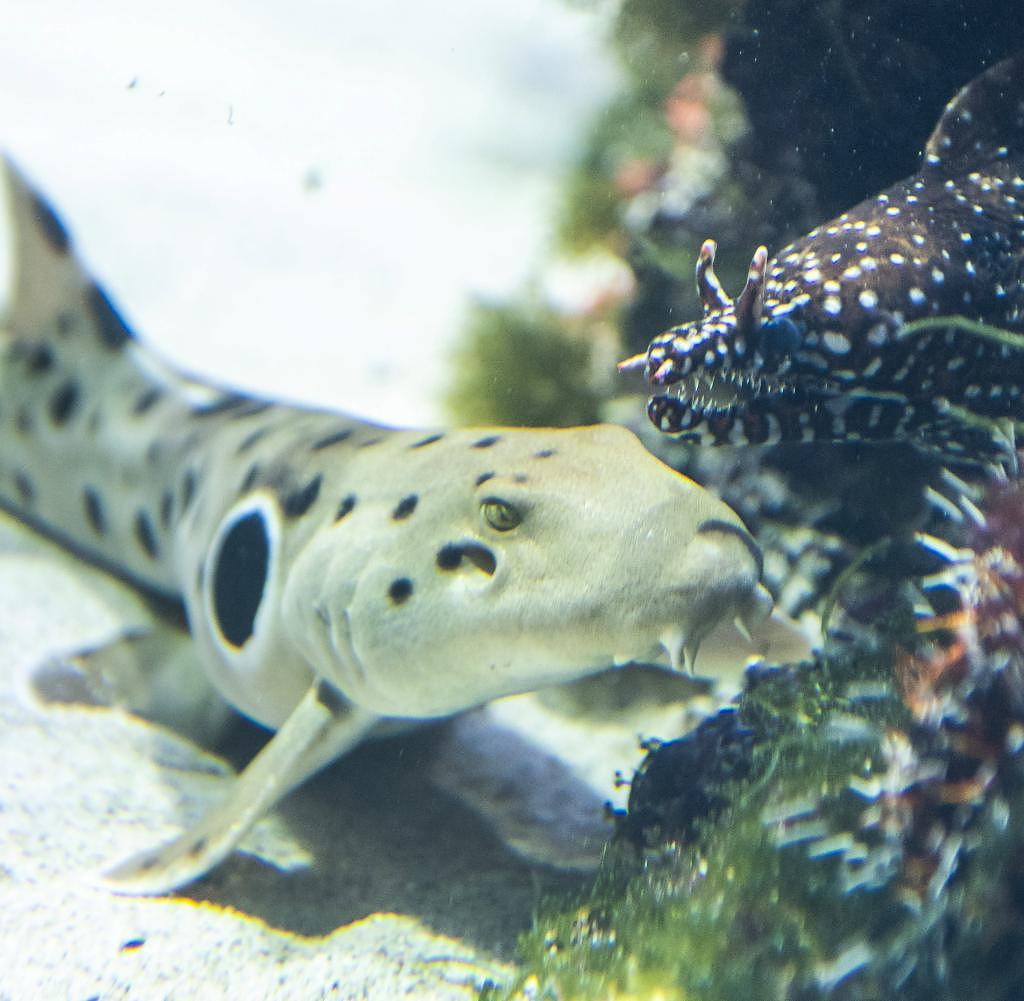 If you are afraid of sharks, you can still rest easy when you see this headline: epaulette sharks, also known as Hemiscyllium ocellatum, are completely harmless to humans. They grow up to a meter long and live mainly on the south coast of Papua New Guinea and the north coast of Australia. Their diet consists mainly of small crustaceans, worms and bony fish. But they have one special feature.

Juveniles of this species have learned to propel themselves on land using their paddle-shaped fins. They can survive on land for up to two hours without an oxygen supply through their gills. This is what biologists from Florida Atlantic University in the US and James Cook University in Australia found out. They published their results in the journal "Integrative and Comparative Biology".

The young epaulette sharks are said to be able to travel up to 30 meters on land, they write. In this way, they are able to search for prey in reef regions and shallow waters, which most other shark species could never penetrate.

In a study published in 2020, scientists identified at least nine other shark species that have developed the ability to use their fins to move on dry terrain. They all belong to the Hemiscyllium genus and live mostly in the immediate vicinity of reefs in the region of the Malay Archipelago around the states of Brunei, Indonesia (excluding the parts of the country on the island of New Guinea), Malaysia, East Timor, the Philippines and Singapore.

However, the epaulette shark, Hemiscyllium ocellatum, is the first Papuan species outside of the Malay archipelago to have evolved the ability to "walk". In their study, the researchers suspect that this evolutionary development is a survival strategy of the sharks that was driven by a very specific event.

The sharks' ability to survive with little to no oxygen for extended periods of time is not just a foraging advantage. "Such movement traits may not only be key to survival, but may also be related to their continued physiological performance under challenging environmental conditions, including climate change," the biologists write in their study.

During their study, the researchers were able to observe that epaulette sharks are better equipped to deal with climate change than many other aquatic species. For example, due to climate change and rising water temperatures in the Pacific, the carbon dioxide concentration in the ocean is constantly increasing. The epaulette sharks have an advantage here, because they can also cope well with little oxygen.

The evolution of the epaulette sharks was almost rapid compared to early species developments. It took them about nine million years to evolve fins that can help them "walk," the researchers write. Other species such as the thresher shark, which also has an evolutionary advantage when hunting prey due to its long fins, took around 55 million years to develop these specific fins.

What is also extraordinary is how rapidly the new epaulette sharks reproduce with the ability to go ashore - even though the species actually has a low genetic diversity due to its geographically limited occurrence. In further studies, the biologists therefore want to investigate the background of this evolutionary development in more detail.

‹ ›
Keywords:
KmpktHaieEvolutionKlimawandelPazifikSexAustralienUSASingapur
Your comment has been forwarded to the administrator for approval.×
Warning! Will constitute a criminal offense, illegal, threatening, offensive, insulting and swearing, derogatory, defamatory, vulgar, pornographic, indecent, personality rights, damaging or similar nature in the nature of all kinds of financial content, legal, criminal and administrative responsibility for the content of the sender member / members are belong.
Related News