These new cruise ships will be launched in 2023

There is growth on the world's oceans: more than half a dozen larger and smaller cruise ships will set off for the first time in 2023. 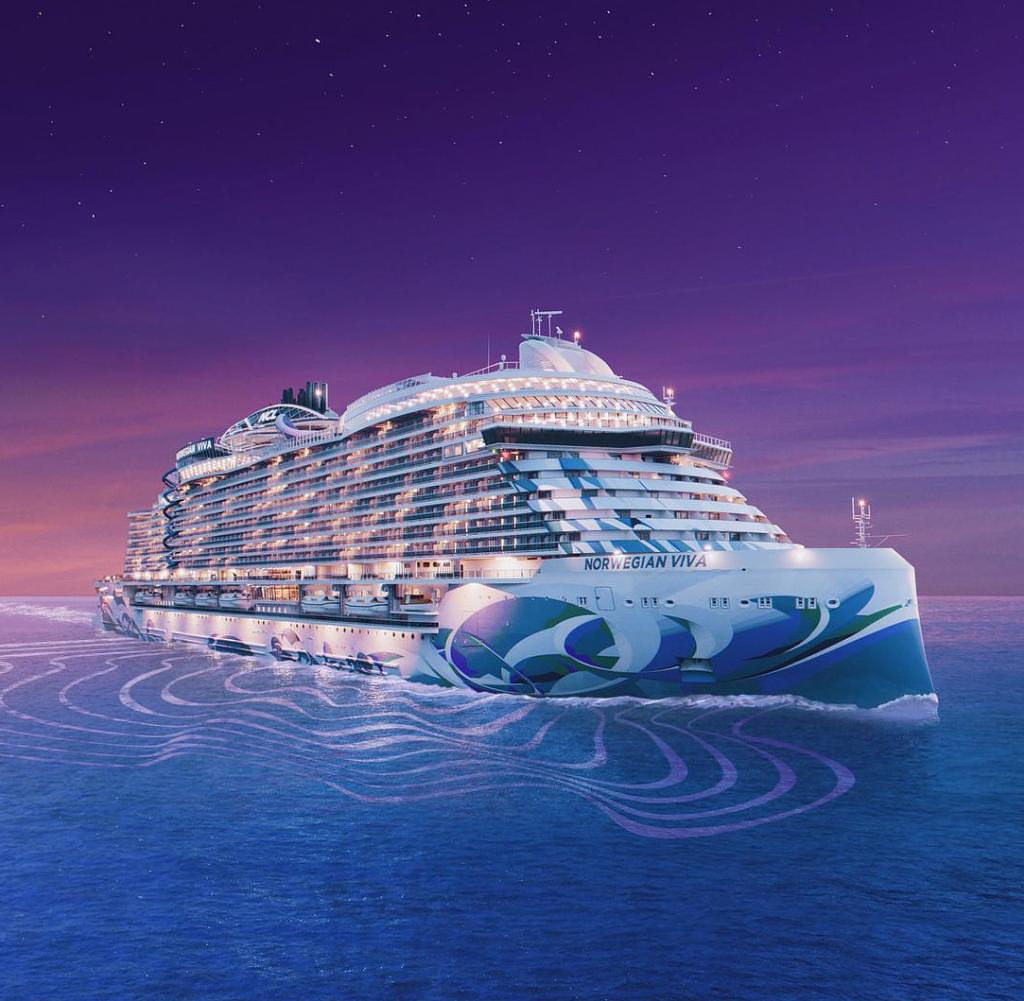 There is growth on the world's oceans: more than half a dozen larger and smaller cruise ships will set off for the first time in 2023. On board the new buildings there is a roller coaster, a magic carpet and mini submarines. Maintaining inventory is the order of the day for the major German providers. An overview:

After the recently christened "MSC World Europa", MSC Cruises will launch its second ship powered by liquefied natural gas (LNG) in June 2023. The "MSC Euribia", named after an ancient goddess, will offer space for a good 6,300 passengers and will initially cruise in Northern Europe.

While the new building already has shore power connections on board, according to the shipping company, the "MSC Preziosa" and the "MSC Fantasia" will be converted next year, so that a dozen ships in the fleet will then be designed for this type of ship operation.

At appropriately equipped ports, docked ships can then be supplied with energy via shore power, which means that they do not emit any pollutants even while they are in port.

With the "Celebrity Ascent", the US shipping company Celebrity Cruises will launch the fourth ship of the so-called Edge class from December 2023.

The unique selling point of these ships is a free-floating platform on the side of the ship, which the shipping company calls "Magic Carpet". It hovers over the sea like a balcony and can travel up and down between decks. The ship can accommodate 3260 passengers and will initially be in the Caribbean.

The "Carnival Jubilee" is the third ship in the so-called Excel class and, like its sister ships "Mardi Gras" and "Carnival Celebration", is powered by LNG. The distinguishing feature of all three ships is a roller coaster on the upper deck.

The “Jubilee” is scheduled to depart from Southampton, England, on her maiden voyage across the Atlantic in October 2023 and then cruise through the Caribbean. A good 5200 passengers can ride along.

There is also more growth for Carnival from the sister shipping company Costa Cruises: After the “Costa Luminosa” in 2022, the “Costa Venezia” will also be in the Carnival fleet from spring 2023. A third ship, the “Costa Firenze”, is to follow in 2024. They then serve the American market.

The concept behind it is called "Costa by Carnival" and, according to the shipping company, should "combine Italian design and southern flair with the American fun philosophy".

The second of six ships in the new Prima class is scheduled to sail from summer 2023. However, the "Norwegian Viva" will go into operation a little later than planned - it should start in June, now it will probably be at the end of August. The shipping company cites supply chain problems as the reason.

The "Viva" can accommodate a good 3,200 passengers and will first travel in the Mediterranean and then in the Caribbean.

The "Silver Nova" is the eleventh ship in the fleet of the shipping company, which can be settled in the luxury segment. The fuel concept is intended to reduce pollutant emissions: it combines an LNG drive with a fuel cell system and battery technology. Thanks to the hybrid drive, the ship of the new Nova class can be operated emission-free in the ports called.

The "Silver Nova" should be able to accommodate almost 730 passengers and start sailing in summer 2023. First, the ship will be in the Mediterranean Sea.

The British cruise company Swan Hellenic, which specializes in expedition travel, has announced the SH Diana, which it claims will be the largest ship in its fleet, for spring 2023. It offers space for 192 passengers, who are looked after by a good 140 crew members.

The "Seabourn Pursuit" from Seabourn Cruise Line is also intended for expedition travel. It is the shipping company's second luxury expedition ship after the identically constructed "Seabourn Venture". The Pursuit can carry up to 264 passengers and, like her sister ship, has two small submarines on board. The ship is scheduled to go into operation in February 2023, with Greenland and Iceland among the first destinations.

The large German shipping companies Aida and TUI Cruises will not put any new ships into service in 2023. Instead, there are modernizations for "Mein Schiff 1" and "Mein Schiff 5": In the dry dock, you will receive, among other things, the last conversion work for a shore power connection, as announced by TUI Cruises. According to the shipping company, the "largest battery storage system in passenger shipping" with a capacity of ten megawatt hours will be put into operation on the "Aida Prima".

According to the Norwegian shipping company Hurtigruten, it is investing almost 100 million euros in modernizing its fleet: after the "MS Richard With", two more mail ships, the "MS Kong Harald" and the "MS Nordlys", are to be fitted with hybrid drives.

Three other ships (“MS Nordkapp”, “MS Polarlys” and “MS Nordnorge”) will be fitted with SCR catalytic converters, which, according to the shipping company, will emit 80 percent less nitrogen oxides (NOx) than before.

For 2024, there are already a few sonorous newcomers for cruises on the seven seas in the starting blocks. After a two-year delay, Cunard's "Queen Anne" is finally due to depart, and Royal Caribbean's "Icon of the Seas" and TUI Cruises' "Mein Schiff 7" will also be put into operation.

‹ ›
Keywords:
KreuzfahrtenKreuzfahrtschiffeReedereienAida CruisesHurtigrutenSchiffsreisen
Your comment has been forwarded to the administrator for approval.×
Warning! Will constitute a criminal offense, illegal, threatening, offensive, insulting and swearing, derogatory, defamatory, vulgar, pornographic, indecent, personality rights, damaging or similar nature in the nature of all kinds of financial content, legal, criminal and administrative responsibility for the content of the sender member / members are belong.
Related News