These German natural history museums are worth a visit 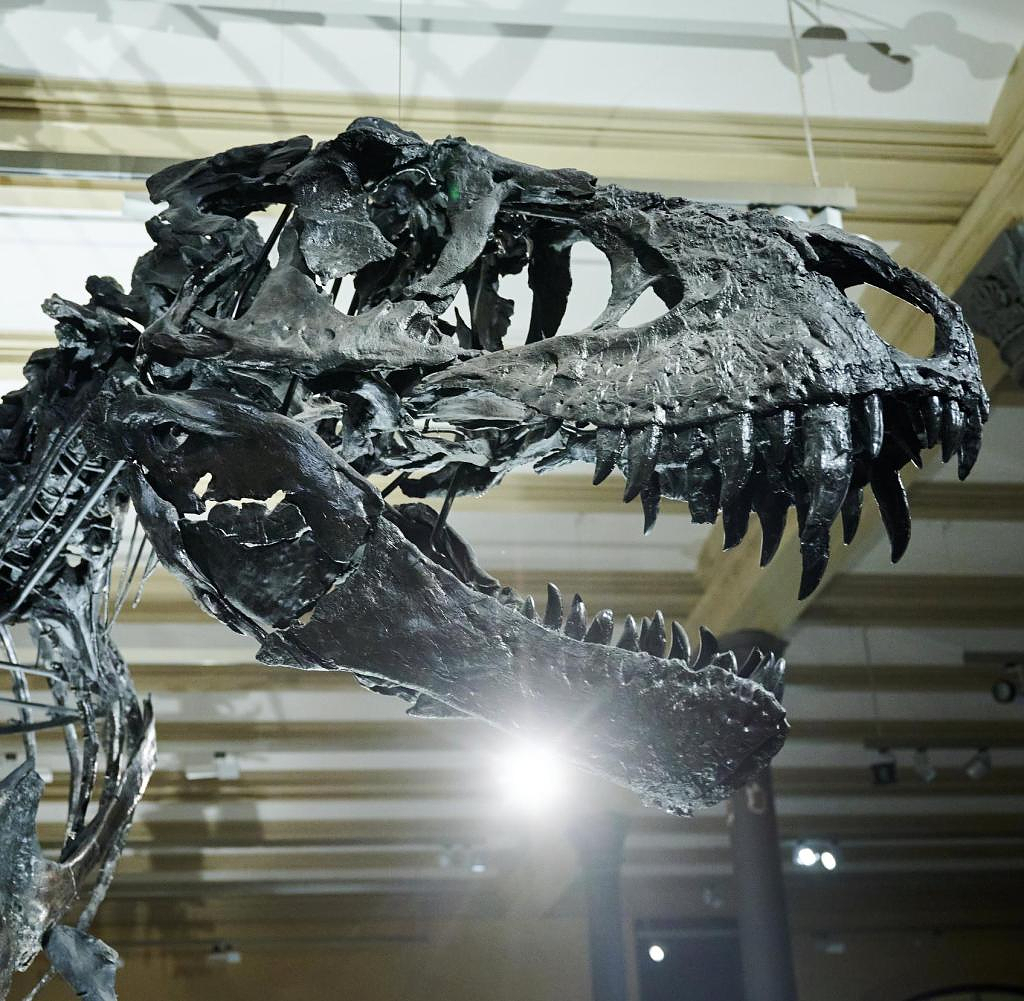 Natural history museums fascinate both young and old visitors. Some enjoy huge dinosaur skeletons, others large collections of animals, stones or plants. The communication methods are often very modern, even if the exhibitions are in historical buildings. We present museums that are worth visiting - from Bremerhaven to Frankfurt and Saalfeld to Berlin.

Everyone is talking about the climate and its change. In the Klimahaus Bremerhaven, which opened in 2009 and shines with its 125 meter long, futuristic glass outer shell, you can experience it up close. In the truest sense, you experience different climate zones including a temperature gradient of 48 degrees Celsius on a journey along the eighth degree of longitude east.

In rapid succession it goes from the port of Bremerhaven to the refreshing coolness of a Swiss mountain pasture and the sweltering heat of the Sahel to the freezing cold of Antarctica. The locations are lovingly staged with elaborate productions, films and theater backdrops. At the travel station in Cameroon, for example, exotic smells and sounds rain down on the visitors, in Samoa a warm downpour. Things get more serious in the interactive exhibition "Perspectives" and in the "World Future Lab", which with its eight play stations is aimed in particular at young people's climate competence.

Conclusion: The star of the Havenwelten district is outstanding in terms of content and architecture (also thanks to the neighboring 23-storey hotel with a viewing platform) and has rightly been repeatedly recognized by UNESCO as a place of learning in the highest category.

Tristan Otto is back! For years, the first original skeleton of a Tyrannosaurus Rex to be exhibited in Europe was the superstar of the Berlin museum scene, then it was sent to Copenhagen. Since last August, however, the twelve meter long and four meter high predator can be admired again in the Museum of Natural History until at least November 2023. It keeps the world's largest dinosaur skeleton on display, a Giraffatitan brancai over 13 meters long, and other dinosaurs.

With "Jurascopes" the primeval giants even come to life: When you look through one of the interactive binoculars, the giant lizards grow muscles and skin, they start to eat and hunt. The animation is underlaid with a suitable background noise. Some may be happy that among the 30 million museum exhibits there are also more harmless species to be discovered, such as the primeval bird Archeopteryx.

Speaking of birds: A good 90 percent of the currently existing bird species are gathered in one of the oldest and most important natural history museums on the continent, with 7,000 specimens alone mounted on stands. Despite the building upgrade - in 2010 the east wing was reopened as a modern concrete building with a historic facade relief - many pieces date from the 18th and 19th centuries, when researchers like Humboldt and Co. set out to all continents and brought plenty of natural treasures with them.

Fans of extinct giant lizards and their relatives will also find happiness in the Bockenheim district of Frankfurt. After all, in addition to thousands of exhibits from the fields of geology, paleontology and zoology (including a uniquely preserved dodo and a replica of the famous pre-human skeleton "Lucy"), the Senckenberg Natural History Museum houses Germany's most extensive dinosaur exhibition.

Even before the entrance, a Tyrannosaurus Rex reveals that great things can be expected in the spacious and artistically designed interior: among other things, the skeleton of a long-necked Diplodocus, the original of a fossilized dinosaur with preserved, scaly skin, the reconstruction of a Triceratops skeleton and other giant lizards .

The more than 200-year-old museum, whose 6,000 square meters of exhibition space includes the permanent shows “Whales and Elephants”, “Deep Sea”, “Insects” and the “Coral Reef”, which opened in 2021, is also particularly popular with families with children for other reasons. Keywords: torchlight tour in the night museum and interactivity. With some exhibits on the history of development, for example, a volcanic eruption can be triggered at the push of a button - and thanks to virtual reality glasses, with which animals come to life, great amazement can be triggered.

"Everything is so colorful here," visitors to the closed Thuringian mine will think. The Guinness Book of Records even awarded it the title of "most colorful show grotto in the world". About 30 minerals, some of which are quite rare, are responsible for the spectacle of color and form, which is provided with audio and light effects. They are found in dripping and spring water and are left over as a result of constant evaporation.

The air is also tough: since one of the first healing tunnels of this kind was opened here in 1937, tens of thousands of patients have experienced relief or even healing from respiratory diseases. Anything but sick - at most lovesick - is another group of visitors: bridal couples who can say yes in the "fairytale dome".

The fairy world on the mountain above the grottos is also fairytale-like. Animators with wings, listening stations and various play equipment exude a magical atmosphere there. (Young) guests in the Grottoneum adventure museum take a more sober research perspective. At exciting hands-on and knowledge stations, they can find out how light used to be lit in the mine, how molecules dance and how constant dripping builds the stone.

‹ ›
Keywords:
KlimaDinosaurierHöhlenDeutschlandLänderporträtsStädtereisenMuseenBremerhavenBerlin
Your comment has been forwarded to the administrator for approval.×
Warning! Will constitute a criminal offense, illegal, threatening, offensive, insulting and swearing, derogatory, defamatory, vulgar, pornographic, indecent, personality rights, damaging or similar nature in the nature of all kinds of financial content, legal, criminal and administrative responsibility for the content of the sender member / members are belong.
Related News