These four design museums inspire – also from the outside

Design determines our everyday life and yet often enough takes a back seat. 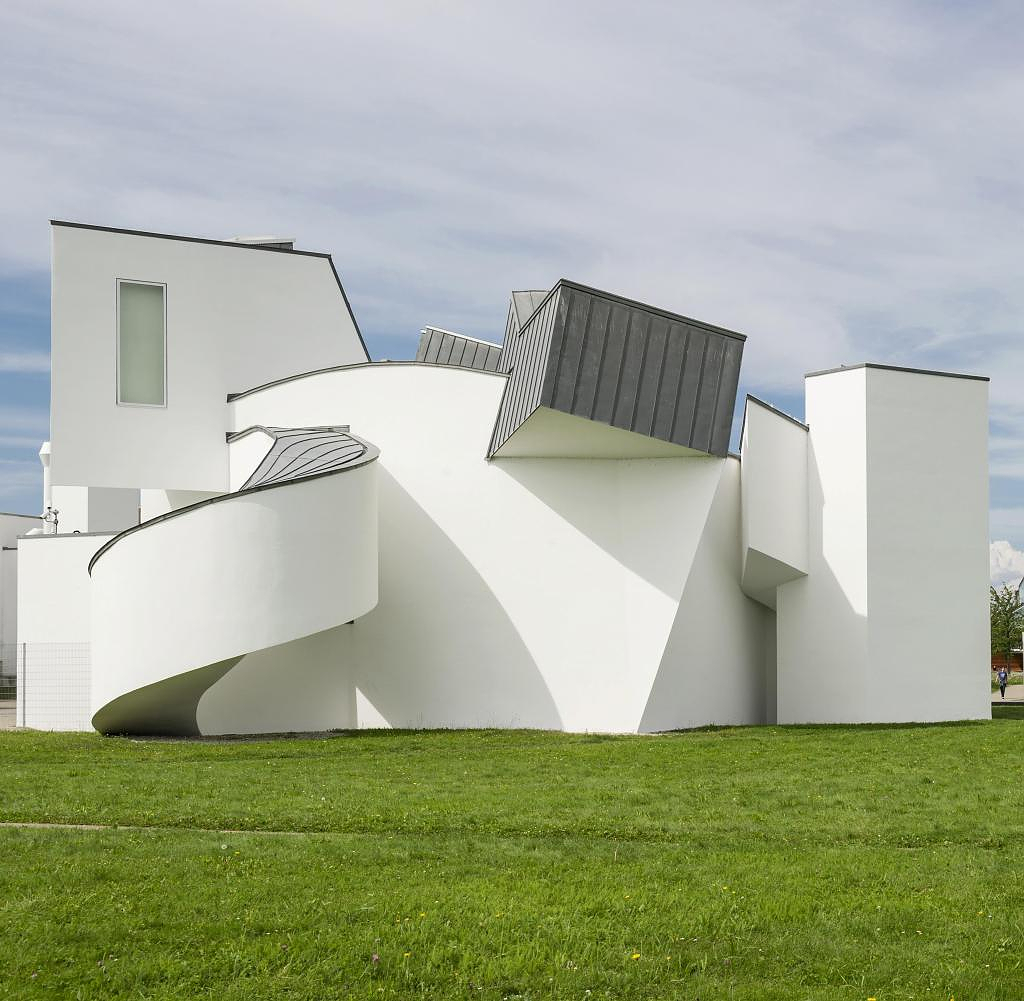 Design determines our everyday life and yet often enough takes a back seat. Not so in the museums, which are explicitly dedicated to the beautiful forms of industrial, graphic and product design and modern applied art. In addition, the love of aesthetics is often already evident in the architecture of the museums. We present four very special houses in Germany.

One of the greatest architects of our time is undoubtedly Frank O. Gehry, keywords being the Guggenheim Museum in Bilbao and the Walt Disney Concert Hall in Los Angeles. In Weil am Rhein, across from Basel in Switzerland, the building icon with a penchant for deconstructivism and wavy forms also made an impact, albeit on a smaller scale.

Its partly winding, partly angular building made of white plaster and titanium-zinc alloy was originally opened in 1989 as a showroom for the furniture of the design label Vitra, which has its production facilities next door. However, it was quickly decided to make a museum out of the spectacular building and also to offer other design objects and artists a stage – in the form of several temporary exhibitions each year.

And that's not all, the Vitra Campus has a prominent addition: Zaha Hadid redesigned the fire station, Piet Oudolf created a wilderness garden and the architect team Herzog

Around 400 key objects from 1800 to the present day are on display (the collection comprises a total of 20,000 objects), including early bentwood furniture and icons of classic modernism by Le Corbusier or Gerrit Rietveld, but also the latest designs from the 3D printer.

Germany is an export country. Many consider the State Bauhaus, founded by Walter Gropius, to be the most successful cultural export. It is considered the most important school for design, architecture and art in Germany in the 20th century. Even if the high phase is linked to the city of Dessau-Roßlau, Weimar still plays an important role as the place where the company was founded.

In keeping with the 100th anniversary, a new museum was opened there in 2019 (alongside Dessau and Berlin). As a place for open encounters and discussions, it is reminiscent of the early Bauhaus phase. The "basis for discussion" is the oldest collection of workshop work, which is located behind the monumental concrete facade of a building block and which Walter Gropius put together in 1925 and provides a comprehensive insight into the development of art and art schools in Weimar from 1900 to 1930.

Paintings, graphics, designs, product designs, photos and historical documents form a cross-section of the extensive Bauhaus program. The furniture by Marcel Breuer and Ludwig Mies van der Rohe is just as popular as the works by Paul Klee, László Moholy-Nagy and Lyonel Feininger.

Yes, modern art can also be found beyond the big cultural strongholds! Herford in East Westphalia, which has around 65,000 inhabitants and was long known as a location for the furniture and clothing industry, provides impressive proof with the MARTa, which opened in 2005 and was voted "Museum of the Year" in 2014.

His focus on contemporary art with a special focus on design and architecture is not only noticeable in the name - a combination of the words furniture (M), art (ART) and ambience (a) - but above all in the structural design. With its flowing and tilting walls, the winding building complex is one of the most unusual museum buildings in the world, designed by none other than Frank O. Gehry.

For the windowless facade facing the street, the American star architect chose dark red bricks, which contrast with the bright stainless steel roof and the white plastered core of the building. In addition to the galleries, in which changing, always top-class exhibitions can be seen, the building complex also includes the light-flooded "Kupferbar" with an outdoor terrace overlooking the Aa River, the museum shop and a lively event forum.

Cutlery, furniture, lights, consumer electronics, kitchen appliances and much more: In the Red Dot Design Museum in Essen you can see numerous objects that you could well imagine in a department store. Or in your own home. However, the approximately 2000 exhibits on display are not from a shopping tour or from an apartment sale.

Only products that have received one of the "Red Dot Design Awards" presented annually by a jury find their way into the museum, which is housed in the former boiler house of the UNESCO World Heritage Zeche Zollverein, which was converted in 1997 by architectural icon Sir Norman Foster. The award winners are first shown in a special exhibition for a month before they are transferred to the regular inventory of the museum, which, with 4,000 square meters of exhibition space, is the largest of its kind in the world.

This was achieved, for example, by the "Spacewalker" lights by the manufacturer Dark NV from 2009, a 7-meter sculpture made of sheets of paper based on a design by Yao Yingjia, chief designer at the PC manufacturer Lenovo, a Fiat 500 and the all-aluminum body of an Audi A8, the impressively hanging from the ceiling.

The federal and state governments have agreed on a successor to the nine-euro ticket for local transport. The nationwide valid "Deutschlandticket" should cost 49 euros and be introduced "as soon as possible", said Transport Minister Volker Wissing (FDP) after the federal-state consultations.