Favorable motor vehicle tax, entry into the environmental zone: the historic number plate on the car, or H number plate for short, offers advantages for owners of older vehicles. 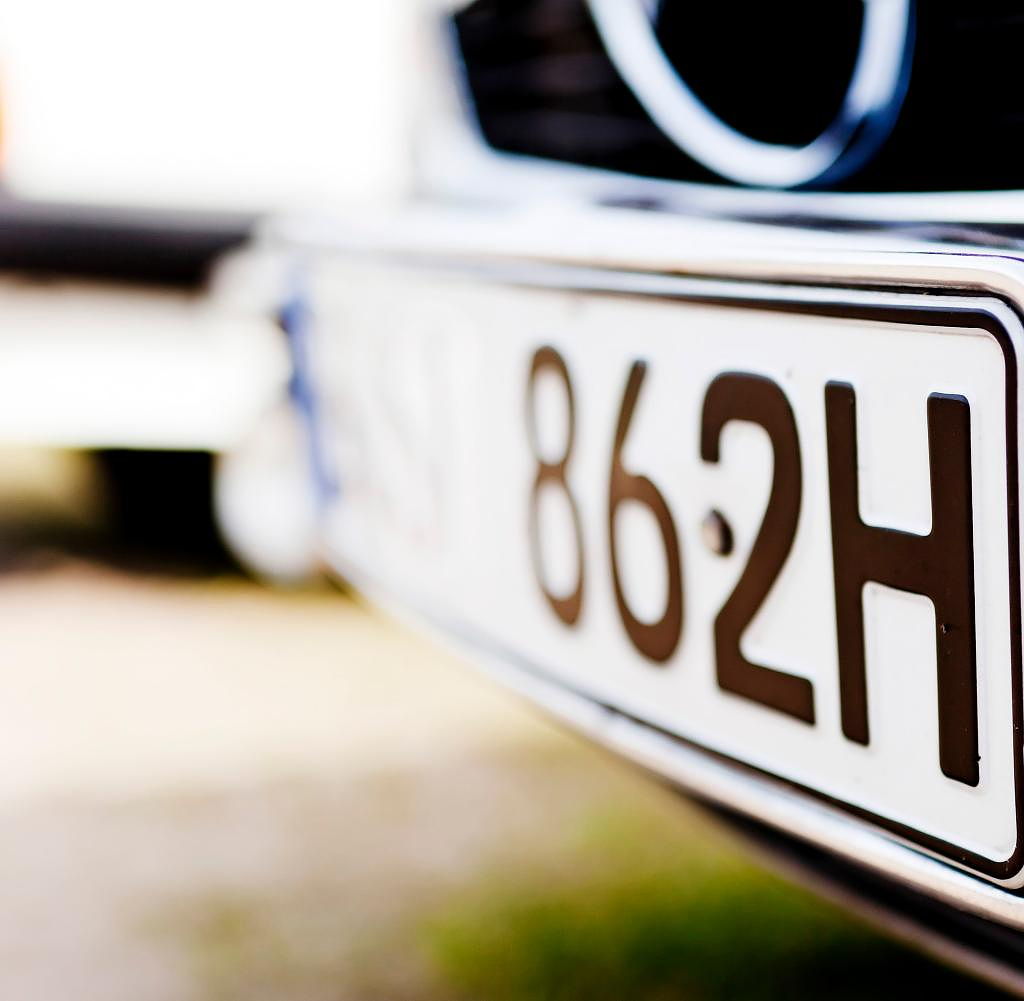 Favorable motor vehicle tax, entry into the environmental zone: the historic number plate on the car, or H number plate for short, offers advantages for owners of older vehicles. But because more and more cars are getting old and meet the Euro emission standards, the financial advantage is not always there - especially with small gasoline engines you should do the math.

A car generally qualifies for the H license plate if it was first registered 30 years ago. But only if, according to the testing organization Dekra, it is largely in its original condition or has been restored with original parts. It thus serves the "maintenance of motor vehicle cultural heritage".

This requires an expert opinion issued by expert organizations. According to the TÜV association, the fee for this is between 80 and 200 euros, depending on the effort involved.

The advantages of the H license plate are: The oldie can also drive in environmental zones without the otherwise necessary green sticker.

And there is a flat rate of 191.73 euros in annual vehicle tax due. This is usually less than the rate would be calculated as usual for passenger cars first registered by June 30, 2009 based on displacement and emission class.

Even without an H license plate, you can save on insurance with an older vehicle. Some companies offer classic car policies from a vehicle age of 20 years.

One should calculate carefully whether an H license plate is worthwhile, advises Vincenzo Lucà from Tüv Süd. If a petrol engine with a displacement of 1.2 liters meets, among other things, the Euro 1 emissions standard, which has been mandatory for all new vehicles since January 1, 1993, the vehicle tax is slightly below the oldie flat rate at 181 euros, at 1.3 liters slightly about that.

A diesel of the same emission class would have to have an unrealistic displacement of 0.7 liters in order to get a vehicle tax of 191 euros.

Enough of the gray theory. Here are seven popular aspirants for 2023 with price examples from market watcher Classic Data.

The "C" stands for "Compact". And the new 1993 C-Class set standards in the segment when it came to driving comfort thanks to the double wishbone front axle. Standard equipment was extensive with driver airbag, side impact protection, ABS, power steering, central locking and five gears.

The diesel engines with new four-valve technology focused on economy, but did not promise any particular driving performance. The C 36 AMG, which followed in the late summer of 1993 for almost 100,000 German marks, made sure of that. The station wagon made its debut almost three years later.

Production of the sporty version of the VW Golf III started late in 1992. However, the fast-paced compact with four-cylinder only really went on sale in 1993. Due to its driving characteristics, the model is considered by its fans to be the sportier car compared to the more powerful but front-heavy GTI VR6 with the heavy six-cylinder.

In figures: The four-valve injection accelerated the GTI up to 215 km/h, the sprint took 8.3 seconds. Later in 1993, the convertible based on the Golf III and the first station wagon (variant) also came to customers.

Honda no longer built its mid-range model Accord as a uniform world car, but in three variants from 1993 – for the home market, for North America and for Europe. For local customers, the car with a sleek exterior design from the British plant in Swindon first came to the showrooms as a notchback saloon with powerful 2.0 and 2.2 liter petrol engines.

In the years that followed, the Coupé and the station wagon called Aerodeck followed. A five-speed gearbox provided the power transmission; a four-speed automatic was available on request.

The fourth generation of the classic sports car was the last 911 with a classic air-cooled instead of water-cooled boxer engine. The six-cylinder at the rear generated a maximum torque increased from 310 to 330 Newton meters.

Even the entry-level 911 from the new series quickly accelerated from 0 to 100 km/h in 5.6 seconds – a top speed of 270 km/h. Only those who ordered the Tiptronic automatic instead of the six gears were a touch slower. In addition to power steering and ABS, four-wheel disc brakes were also standard.

Micro car or minivan? Anyway, when it debuted, the Twingo was refreshingly new in design with googly-eyed headlights and soft shapes.

The inner values ​​were also convincing - above all the seats, which can be folded down to form a kind of lying surface. But also the digital cockpit display and, last but not least, its technical robustness, which classic car experts attest to.

The little classic was presented at the Paris Salon in 1992 and went on sale in 1993 with a 40 kW/55 hp four-cylinder petrol engine. From the fall, a folding roof was available at extra cost.

Designed by automotive designer Pininfarina, the 2 2-seater glittered at the 1992 Paris Motor Show. The following year it was available for purchase. As is tradition with the Italian sports car manufacturer, the name of the new coupé was derived from the displacement of a single cylinder, which was 456 ccm.

The twelve-cylinder is considered extremely smooth-running, the supreme discipline of engine construction - even though its kind is threatened with extinction for environmental reasons. Equipped with such a car, Jaguar presented its new top model with a chrome-plated radiator grille in the wind in the spring of 1993.

As was typical for the British manufacturer of luxury bodies at the time, a lot was on board in addition to the fine suspension comfort ex works. Driven via the rear axle, the luxury sedan with a leather interior sped to 100 km/h in 7.4 seconds and up to a maximum of 250 km/h. Only: Approved the Zwölfender for over 15 liters Super.

– Registration number (if the vehicle has not been immobilized)

– Identity card or passport with current confirmation of registration