These are the best nonfiction books of January 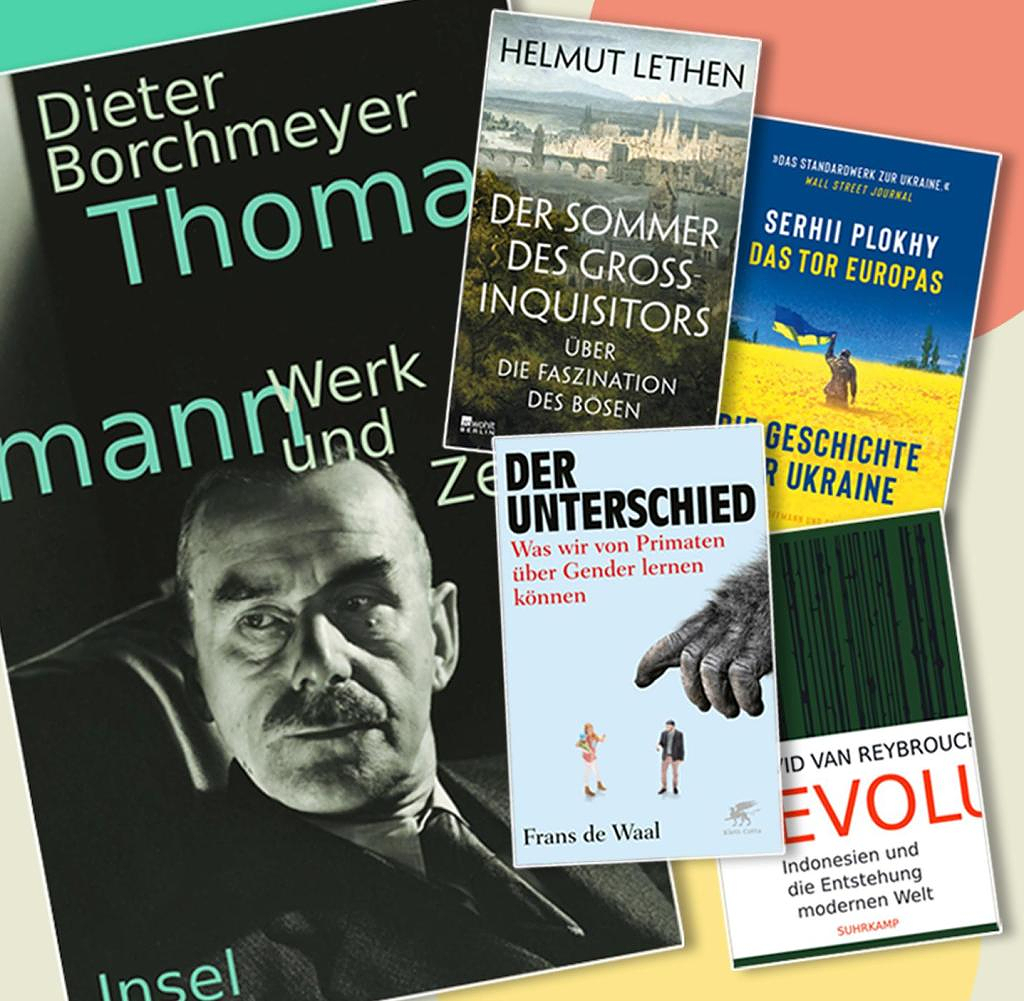 The recommendation list with the greatest distribution in the German-speaking area appears here every month. Media partners are "Literarische Welt", RBB Kultur, "NZZ" and Radio Österreich 1. Experts choose ten non-fiction books of the month from the humanities, natural sciences, social sciences and economics. In January it's worth:

No, there is no shortage of good books about Thomas Mann. But when a renowned literary scholar like Dieter Borchmeyer presents a new monograph, it is an event.

The Flame of Freedom. The German Revolution 1848/1849. Kiepenheuer

2023 marks the 175th anniversary of the first attempt by Germans to become democratic. Jörg Bong dedicates a narrative panorama to the March Revolution, which will be part of a non-fiction trilogy.

revolusi. Indonesia and the emergence of the modern world. Translated by Andreas corner. Suhrkamp, ​​752 pages, 34 euros

The Belgian author became famous with his book about the Congo. Now he considers the former Dutch East Indies, which merged into what is now Indonesia in 1945, as a case history for decolonization.

The difference. What we can learn from primates about gender. Translated by Claudia Arlinghaus. Klett-Cotta, 476 pages, 28 euros

With this book, primate research enters the gender debate: for Frans de Waal, there are only two sexes, and the biological sex also determines the social one - with exceptions to the rule.

A Briton who writes a Goethe biography is always good for a pointed perspective. Adler highlights Goethe's power and cultural-political contribution to modernity.

The Summer of the Grand Inquisitor. About the fascination of evil. Rowohlt Berlin, 240 pages, 24 euros

In 2020, the essayist Helmut Lethen ("Behaviour of Cold") presented an impressive autobiography. With the Grand Inquisitor, in the current book he is looking at a Dostoyevsky figure who made a school for 20th-century political theory.

Tim Blanning's history of Europe stretches from the end of the Thirty Years' War to the Congress of Vienna and tells of an age of far-reaching changes - in terms of economic history, power politics, culture and the military.

For a long time, the West knew (almost) nothing about Ukraine. There is a lot to catch up on with this standard work, grippingly told by the Harvard historian, who also gives a historical identity to lesser-known Ukrainian cities with catchy names like Zaporizhia (“City by the Rapids”).

Professor of the Apocalypse. The Many Lives of Jacob Taubes. Translated by Ursula Kömen. Suhrkamp/Jewish publishing house, 927 pages, 58 euros

Intellectuals on both sides of the Atlantic rallied around the Judaizer Jacob Taubes during his lifetime. He made right-wing anti-Semites kosher for the left and yet preached revolution. This current biography now suggests a factual medical explanation for the scholar's contradictions.

In 1936, the Afro-American William E. B. Du Bois traveled through Nazi Germany as a reporter for five months. Reading his reports today is extremely revealing: he did not experience racism like in the USA. He saw anti-Semitism, but did not immediately address it.

It comes from a guest every month, this time from Prof. Dr. Helwig Schmidt-Glintzer (sinologist, director of the China Center Tübingen). He recommends

“This book is a report and not a novel. It is an authentic report by the sociologist Rongfen Wang (born 1945) about her observations, completed in 2009, and describes the life (and suffering) of a three-generation family and political developments in the mirror of the life of a piano teacher and a Steinway grand piano in Beijing between the Cultural Revolution and the Tiananmen Square massacre. The focus is on the first-person narrator, born in 1976, and his sister, who is two years his senior and a gifted piano student. After he was the only one to survive being fired upon by the police on his way to the airport in the turmoil of June 1989, all he has left in exile is a tape recording of his sister with Chopin's Op. 48, No. 1." (H. Schmidt-Glintzer )

‹ ›
Keywords:
SachbücherBestenlistenBorchmeyerDieterBongJörg
Your comment has been forwarded to the administrator for approval.×
Warning! Will constitute a criminal offense, illegal, threatening, offensive, insulting and swearing, derogatory, defamatory, vulgar, pornographic, indecent, personality rights, damaging or similar nature in the nature of all kinds of financial content, legal, criminal and administrative responsibility for the content of the sender member / members are belong.
Related News